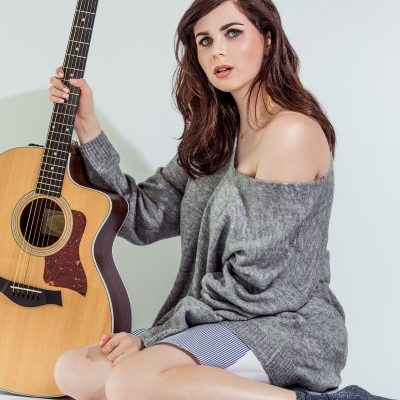 Singer-Songwriter Melanie Ungar likes to think she came out singing, but unfortunately, there’s no way to prove it. Growing up in Thornhill, Ontario, she began singing songs from The Sound of Music and Disney Classics. And while she tried getting the hang of the piano at a young age, it was at 14 she picked up the guitar and never looked back. Ever since that moment she’s developed her own sound and starting to make her mark in the world of music.

With Shania Twain being a major influence growing up, it was easy for Melanie to fall into Country tunes. She says,

“my sounds have developed over the years, but my roots tend to stick to writing songs that are pretty country, and then during production, I usually have some pop influences making songs cross over between two genres.”

The great thing about country music is the honesty it portrays in each song, and combining it with pop allows anyone to dance and forget the outside world.

Her mom is definitely her biggest influence and number one fan. Always there capturing Melanie’s special moments, she can sing and play the piano too! But as a mom she also, “pushes me forward,” Melanie says. “And her constructive criticism has led me to my best work.” She’s very lucky to have a great support network between her family and her friends. There’s nothing like having people believe in you and supporting you in all stages of your career.

The next step is continuously building what she’s already accomplished. Melanie is going to continue to keep writing and sharing it with fans, new and old. Any way that she’s able to reach out and connect with her fans is her ultimate goal.

“The reason I love music so much, and being able to create my own art, is because at the end of the day, no matter what is going on in this crazy world, all of our differences disappear when we can come together by a song. And that’s what inspires me to keep creating.”