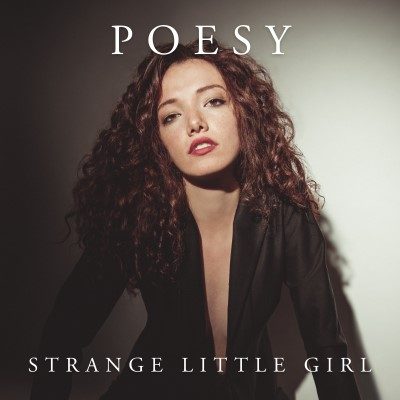 Winner of season one/week four on CTV’s The Launch, Toronto’s POESY has released her latest single. “Strange Little Girl” follows “Soldier Of Love” – released earlier this year, debuting at number one of the iTunes all genres chart – and catches POESY channelling a style that is not quite pop or rock. Much like the artists who influence her – Florence And The Machine, Kate Bush, and Alanis Morissette – “Strange Little Girl” stands as a unique anthem where POESY stakes her claim of refusal to be pigeonholed.

“Strange Little Girl was born out of my own frustrations and the fear of being misunderstood or wrongly categorized, but it grew into something much larger and more unifying – it’s a song and a story that I know will really bring people together, despite their differences. I’m so excited to release it beyond the small circle of my team and send it out into the big wide world because I think now more than ever, it’s an important message for us to hear, especially for young women.”

If one thing is certain, POESY is an artist to watch out for as she continues to grow with each new release.

Share this:
Related ItemsBig Machine RecordsCTV's The LaunchontarioOntario MusicPOESYRed Umbrella PRStrange Little GirlThe LaunchToronto ON
← Previous Story Fractal Cypher release new single “From The Above And To The Stars”
Next Story → Weekly Beat Down: October 22, 2018 – October 28, 2018