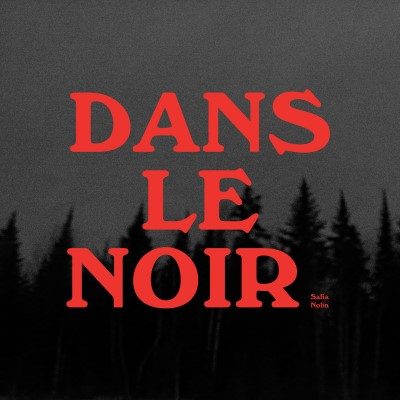 Safia Nolin hails from Montreal, Quebec. The francophone singer/songwriter already has some great credentials under her belt including awards from Gala de l’ADISQ, the Quebec JUNO Awards so to speak. Her second album Dans le Noir was released on October 5 and I had the unique opportunity to listen to it early.

I will admit from the start, I do not speak French as most of this album is in that language but with this day of age in music, it’s normal for people to listen outside of their spoken language, K-Pop being one of the most popular non-English genres out there. French, as you may now, is an official language of Canada so listening to an album in this language in full is a unique experience for me.

Safia’s voice is very clear and crisp right from the opening song and so on. The slow, melodic guitar throughout each song is very relaxing mixed with her great voice making this album very easy to listen too. Each song has a big jump when it comes to length I noticed throughout. Some songs last barely 2 minutes while some go almost 5 minutes but each song are their own and you never realize the length as the progression with her voice and music blend the whole album together.

One notable track is “Bye”, a 1-minute instrumental piece with a radio broadcast playing in the background and a simple, melodic guitar playing over it. It was placed perfectly on the album as it is during the middle section, giving us a little break from what we were listening to throughout.

I can, however, give a full review of one song, “Lesbian Break-Up Song” with features English vocals from Ariel Engle aka La Force, of the band Broken Social Scene. Their two voices flow perfectly together throughout the song, with backing and main vocals never overpowering the other. It was nice to have this on the album as listeners like myself may not understand the French language so we can have something a little relatable at one point.

As I mentioned earlier, I am unfortunately not fluent in French but this album was relaxing throughout. Regardless if I knew what she was saying, you can still feel the real passion and love Nolin has put into every song and her great talent with the acoustic guitar throughout. This is an album I never knew I’d enjoy even with my broad taste in music.