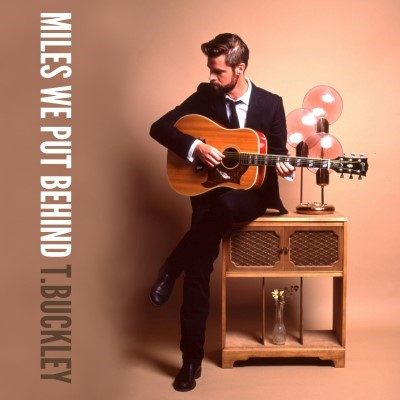 T. Buckley is hot on the heels of his fifth studio album, Miles We Put Behind – recorded in Montreal with Grammy-winning producer, musician, and engineer Howard Bilerman (former drummer of Arcade Fire). Calgary-based Tim teamed up with a few prominent industry names to bring this album to life – Grammy-winner Don Henry (Ray Charles, Conway Twitty, Miranda Lambert) and Jon Wort Hannam (JUNO nominee) each have songwriting credits on the album. The album’s release kicks off with a show at Calgary’s Festival Hall, followed by a few west-end Canadian dates.

Miles We Put Behind is an impressive extension of Buckley’s previous work. Each song tells a story in a very pure way; whether it’s the romantic crooning on the opening track “Song Unbroken” or the soulful early infatuations found in “Lost in Love”. Buckley’s voice soothes at every turn, even when he’s turning up the attitude on the bluesy delight “Long Highway”.

Slick guitars, swelling choruses, and old school romantic notions fill the melodies. And the heavyweights Buckley worked with on this album are on full display – together as a team they’ve given us everything a delightful singer-songwriter album should be; generous doses of love, adventure, and wistfulness. Miles We Put Behind in one word: satisfying.