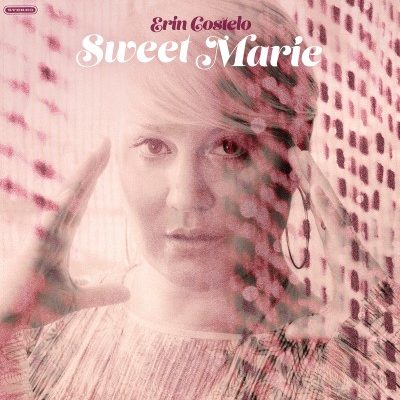 Erin Costelo challenged herself to record 10 songs in 10 days, and the result was her latest release, Sweet Marie. The award-winning producer and songwriter recorded the project in Little Harbour, Nova Scotia, a few hours away from her hometown of Halifax – the album is also being released on her own imprint – Venue Records – distributed by Pheromone Records.

Costelo was the first woman to ever win the Producer of the Year award at the Nova Scotia Music Awards; her tour pals include Joel Plaskett, Amelia Curran, Rose Cousins, and Amy Helm. Her latest project was turned into a documentary helmed by Juno award-winning songwriter, Amelia Curran.

From the intro alone you’re pulled in by Costelo’s sweet and sultry voice. The first single “Lights Down Low” then goes on to set the tone for the rest of the album; sizzling soulful music matched by her clever storytelling. While these songs were created as Costelo was reexamining an industry that almost left her to end her musical career (according to a press release), the room for interpretation the album provides is certainly one of the most impressive aspects; you can easily find yourself in these lyrics. “Hands on Fire” is a delightful toe-tapping soulful number.  “Topic of Notes” leaves one of the best impressions simply for the opening bass line, intoxicating. “I’ll Be Home” brings the album to a close in a slow-burning fashion, with swelling violins and the deep richness of Costelo’s tone.

Sweet Marie is a mystical journey through self-discovery, perseverance and pushback, and powerful songwriting. How impressive that this entire album was recorded in only 10 days. Album number five is masterfully done.