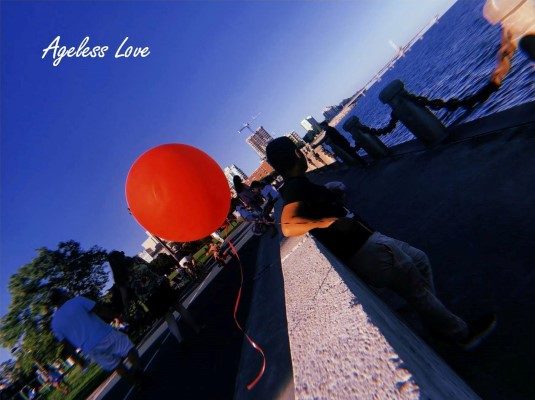 Toronto, ON-based singer-songwriter, ALQUINN cemented himself as a guitarist and songwriter for alternative/ indie band, River Groves, and now he’s back in the scene, but in a different direction. His debut EP, To Start Anew is set to be released on November 16, and he has released his first single, “Ageless Love”, which will give you a great indication of what style to expect from his solo material.

ALQUINN shares on the single,

“Sometimes you’ll wake up and realize the things you once loved aren’t what they used to be. They start off fresh and exciting but eventually, you’ll have to let go of the idea that they’ll always be that way. Sometimes they grow into something that’s more meaningful.”

Check out the single below, and find out more about ALQUINN through our Five Questions With segment in advance of the release of his six-song EP.

What’s up, everyone! I’m ALQUINN and I’m a singer/songwriter from Toronto, Ontario.

My music is a blend of lo-fi indie, folk and 60’s pop music. It’s melodically driven and focuses on creating colourful atmospheres.

I’m playing a show next week at PAMA (Brampton, ON) and The Handlebar (Toronto, ON) on November 22nd to support my upcoming record, ‘To Start Anew’.

In terms of my live show, I normally play alone with my guitar and a loop pedal. It leans towards a more relaxed and intimate vibe. However for my release show (The Handlebar), I’ll be performing with a full band making things a much more layered and dynamic.

My first single, “Ageless Love” which is off my upcoming record.

There’s actually so much great music coming from Canada and it’s very hard just to list them. Off the top of my head, here are some of my favourite bands/artists from Canada: Arcade fire, Leonard Cohen, Stars, Respire and Daniel Caesar.

I would have made an extensive list if I could.