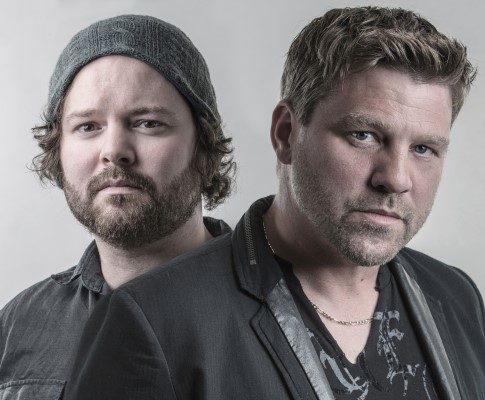 We caught up with Doc Walker‘s Dave Wasyliw for a quick chat about their upcoming tour, brand new single and much more! Check out the video for “Get Back on my Horse” below and find out more about these unstoppable country legends.

Doc Walker has been around the country music world for more than 20 years. You’ve been around long enough to see your music on LPs, 45s, cassettes, CDs and now digital downloads as well as streaming. Videos have gone from massive productions costs with a lot of effort to get them seen to less expensive ways and immediate viewership, especially with YouTube. Do you write your songs differently for today’s market?

Our first album was on cassette and CD. We have pressed some vinyl, but only recently (since vinyl’s resurgence in the market). I think our writing process has evolved, but not because of ‘today’s market’. I write differently because I am in a different stage of my life than I was 20 years ago. If we were to write for today’s market, by the time we released it, it would be yesterday’s market! It is a moving target that can be very difficult to predict. We tend to write what speaks to us, now. Current production techniques have more to do with appealing to today’s market than the songwriting process.

When you look back to when you started, did you ever think that after 20 years, you would still be going this strong, continue to grow as musicians and keep your friendship going? What is the secret to your success?

Persistence is key. I think it was Blue Rodeo that included their many rejection letters from various record companies in their liner notes for their greatest hits package. Even the Beatles were rejected by every record company but EMI. We have had our share of ups and downs. It is how you handle the down bits. It is about getting back up and giving it another go. The friendship thing is easy. My bandmates are some of the sweetest, caring, funny guys I know!

You have always given back to your community. When you’re called upon to help out, you are there. I’ve seen it. You interact with your fans and you have never changed. You’re still the same down to earth, “let’s hang out” kind of guys. To have this kind of connection with everyone must certainly make doing what you do gratifying. Tell us about this and what it means to you to have such a strong connection to your own community. If you could have your community and fans remember one thing about Doc Walker, what would that be?

I think it is a lot easier to stay ‘grounded’ when you are in a band than it is as a solo artist. You have bandmates to ‘reel you in’ if ever your inner diva should surface! As for the community and fans; We are so grateful to be able to do this. They made it possible! We owe them everything, so it is important to us to give back when we can.

On November 10, at the Manitoba Country Music Awards, you’ll be performing in front of your hometown crowd. This is Year Four that you have performed, ever since the Awards Show started again and you are the only artists that have been on that stage all four years. What is like to be performing at this show every year and seeing new artists come up on that stage? If you had one message to give the new artists that you see, what would it be?

We always have such a blast playing at the MCMA’s! Like any awards show, it feels strange to only play one song. It goes by so quick! You are just getting into it, then you’re done. We have had the exact same feeling when singing the anthem at the Jets games. We felt too swept up in the excitement of it all to really enjoy ourselves. We now make a conscious effort to soak it all in, no matter how brief the moment.

You are about to embark on another tour this winter. Tell us about the craziest thing that has ever happened on a tour. Who is the “Shananigator”?

I always tell this one (because it’s hard to top). We were playing the Saskatoon EX. We arrived early for sound-check so our dressing room wasn’t quite ready. Soon, a forklift came by with a couple couches. Murray was exhausted so he plopped down on the first one that was ready and had a half-hour nap before sound-check. We got the call that said the stage was ready, so we woke up Murray and left the dressing room. While we were sound-checking the crew that was still setting up the dressing room saw a giant python slither out of the couch that Murray had just been sleeping on! It turns out the snake had gone missing the previous year from the EX! Heebee-fricken-jeebees!

Your upcoming cross-country tour, Acoustic Songs & Stories from the Heartland, is making a lot of your fans very happy to see you both on stage again. But this tour is a bit more intimate than your previous tours. What made you decide to go this route at this time? How do think your fans will react to this different version of their much beloved Doc Walker?

This is not your average ‘songs and stories’ tour. Chris and I wanted to create a show that is reminiscent of the many campfires and kitchen parties we have played over the years. Very much a party atmosphere. And with no band to compete with, the harmonies are front and centre! Fans are going to love it!

I know that your new release, “Get Back on my Horse” is one of your favourites and means a lot to you. How did this song come to be? Why do you feel it could be the best song you’ve ever released?

When writing, if the lyrics make me cry, I know I’m onto something. I love the song’s message. The recording is beautiful, and Chris’ voice has never sounded better. It already feels like a classic Doc Walker song! It is a country music song that doesn’t need studio trickery to make it palatable. Can you tell I’m proud of it?! Hahaha.