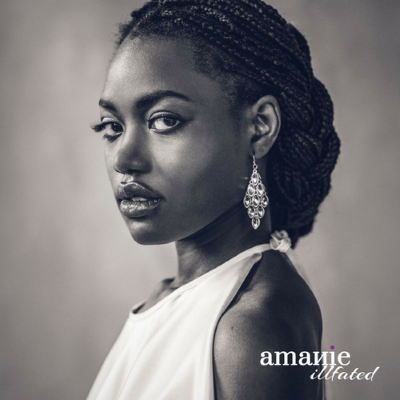 Raised in Saskatchewan, South Sudanese-born artist, Amanie Illfated is back with a brand new video for her single, “The Hills”, which is a catchy, dark indie-pop track with a strong, meaningful message. The song, which was written by Amanie Illfated and produced by Brampton’s Santam Singh Chatha of 5 Rivers Entertainment is now available on all streaming services including Spotify, Apple Music and Tidal.

In the song, Amanie’s words speak to the experiences faced by refugees and immigrants in North America. She asks, “Should we be hated for wanting better lives” before listeners are serenaded by a guitar solo and re-immersed into the hypnotic chorus.

The video itself features Amanie in various locations belting out the impactful lyrics with her powerful vocals, as well as visuals of

Amanie is currently hard at work on a new album entitled SATURN, which is set to be released this month and will include “The Hills”.

Take a listen to “The Hills” below and find out more about Amanie Illfated in our Five Questions With segment.

I am Amanie Illfated. I’m a singer/songwriter and model. I was born in what is now known as South Sudan, grew up in Saskatchewan and I’m now based in South Sudan.

My music is a total mashup of genres and ideologies. As much as I appreciate different genres, I’m not very good at sticking to one and prefer combining what I like. One of my biggest focuses in writing songs is to bring out emotions that would otherwise be suppressed or be taboo to talk in my culture, so this could be anything from suicide to blissful love to racism.

After 13 amazing shows this year, I’m gearing up for 2019’s shows which will be announced in a couple of months. Super excited for that! The one thing to expect from my shows is a lot of interaction and dancing. One of my favourite parts of performing is connecting and building energy with everyone from the stage. You can also expect some pretty cool outfits from my favourite local designers and (for some shows) my amazing band!

It would certainly be “The Hills” because of Satnam’s (5 Rivers Entertainment) incredible production but also because of the message of the song. When I wrote it, I had so many pent-up thoughts and feelings about the conflicts going on in North America – especially with the looming presidential election and the police brutalities against ‘minority’ citizens in both Canada and United States. My family came to Canada as refugees 26 years ago and we (along with numerous other refugees and immigrants) faced so many conflicts just trying to build a better life away from a war zone that these stories felt traumatizing. When I first performed with a just a shaker, it connected with so many people and started so many eye-opening conversations, that I just loved to perform and play it just to hear more about how everyone interprets it.

My favourites of all time will always be Celine Dion, Nelly Furtado and Alanis Morrisette. Locally: Jessica Speziale, Lexxicon, Carmen Toth and Southeast Cartel (you’ll be blown away!)