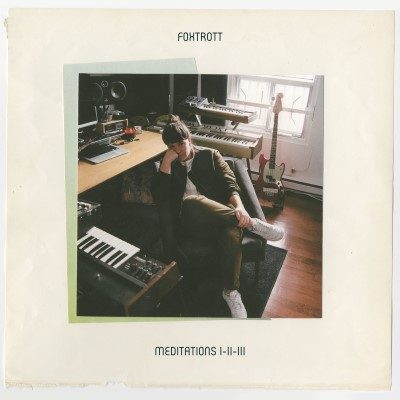 Montreal native FOXTROTT released a series of EPs throughout 2018 which lead up to a full release earlier this month, entitled Meditations I-II-III. The 9 song mix is highly anticipated and it’s interesting to see how the three releases combine together.

The album starts off smooth with “Intuition”, an easy flowing catchy song which leads into “Wait”, a very head grooving song with easy to remember lyrics. Following that is “Where Love Abounds” which begins with a melodic feel, leading into a slower progressive beat throughout. For the first three songs on the album, which I assume were from Meditation I, it is a good way to introduce new fans to her style of music.

The next three songs “Better With You”, “Melting Woods” & “For As Long” are faster with a heavier beat, showing another side to her style of music. Each song has a quick but easy flow to it mixing well for the duration of the songs. As shown before, she is really portraying her overall talents with each track.

The last three songs “Wide Awake”, “Deliver” (which was highly reviewed overall) & “Hoping” are more focused on the lyrics while the music is still memorable and likeable. Her vocals mix well with her musical style and these three songs have done a great job of proving that. “Hoping” has a strong RnB style to it, which makes the perfect album closer, leaving the listener wanting more.

EPs always show the true talents for a musician since it isn’t a huge amount of songs, it’s just a select number of songs to show what that musician has to offer. FOXTROTT releasing 3 EPs in one package was a great idea, and really shows the listener what she has to offer. The mix of styles. from electronic to RnB and everything in between makes this release one for the ages.