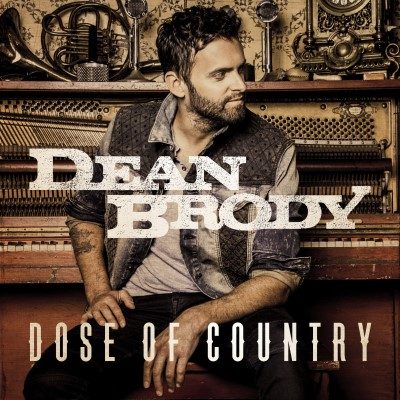 October 10 was the first big day during the month of October for multi JUNO and CCMA Award-winning artist Dean Brody. Today is the day he released the video for his latest single “Dose of Country” as well as releasing the single to Canadian country radio. This impressive single, prior to its official release, has garnered over 700,000 streams across Spotify and Apple Music.

The “Dose of Country” video was created in partnership with Twisted Tea for their ‘Totally Twisted Summer Party’ contest and was shot in Mulmur, Ontario, with contest winner Samantha Robinson and 100 of her closest family members and friends.

“I wanted to find a way to show my fans how much their support means to me, and the Twisted Tea contest created the perfect opportunity to do that. “Dose of Country” is everything a great party in the country should be; beautifully set, dynamic, and full of good times with friends. I can’t wait for my fans to see it.”

“It was so much fun – my cheeks were so sore from smiling and laughing. It was the best time ever.”

Beginning October 20, Brody heads out on his 37-dates national Dirt Road Stories Tour, starting in Truro and ending December 2 in Cranbrook, BC. This intimate acoustic tour will be stopping in both small towns and larger markets alike and will showcase Brody’s ability to bring storytelling to the forefront of country music.

Jessica Mitchell, Andrew Hyatt and Tenille Arts each have their own compelling stories to tell as they open for Brody. Singer-songwriter Jessica Mitchell will join Brody on the East Coast dates, including Montreal. Ontario-based and recent CMAO Rising Star winner Andrew Hyatt will join Brody on his dates in Ontario. Saskatchewan native Tenille Arts will open for Brody in Manitoba, Saskatchewan and British Columbia.

The full list of tour dates is as follows: