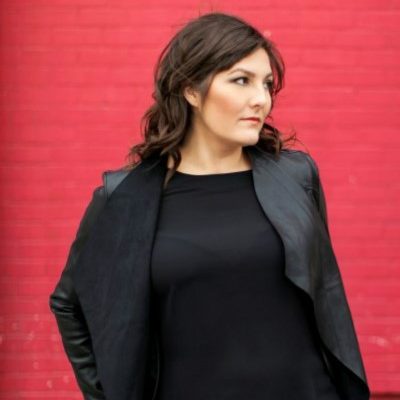 Manitoba’s country artist, Desiree Dorion released a video for her single, “17” back in August. The single is off of Desiree’s fourth studio album, Tough Street which was released in April 2017. We spoke with Desiree in our newest segment of Five Questions With! So take a few moments, and find out more about this rising Canadian artist.

I am a singer/songwriter from Dauphin, Manitoba. I am also Cree from the Opaskwayak Cree Nation. I was lucky enough to release my first album in 1998 when I was only 13 years old. I worked in the music industry touring all over the place throughout high school. When I finished high school, I took a hiatus from music to attend university. After university, I decided to dust off my guitar and get back to music. I’ve been working fairly steadily in music since 2010. I’m also a mom to two gorgeous little girls, Grace and Natalie.

Tell us a bit about your music and writing style
My writing style leans definitely more towards folk than modern country. I love telling stories in my songs. I mostly write about what I can relate to. I’m not much of a partier so it’s really hard for me to write upbeat party songs.

Do you have any upcoming shows? For someone who has yet to see you live, how would you explain your live performance?
I’m playing a Halloween party in Winnipegosis on Oct. 5th. A Christmas show in Dauphin on November 24th and I’ve got some fun shows in Manitoba and Saskatchewan in the New Year. My live show really depends on the venue that I’m playing. If I’m playing a social, I will incorporate a lot of fun, upbeat cover songs. If I’m doing a showcase or concert, I will include mostly original music. I love sharing the inspiration behind each song and talking a bit about how they came to life.

If you were asked to suggest only one of your songs for someone to hear, which would it be?
One song to listen to, I’d suggest “Whiskey Knows.” This is a song that was inspired by the story of an addict and how he is controlled by liquor. It’s a sad story that is unfortunately too real for many Canadians.

Canadian Beats is all about Canadian music, so who are your current favourite Canadian bands/artists?
My current fave Canadian artist: Jessica Mitchell hands down. Her songwriting is incredible and I am such a huge fan of hers. I have the privilege of meeting her at the CCMA’s and I can’t wait to see her at the West End Cultural Centre in Winnipeg on November 19th.