Five Questions With Will Bowes 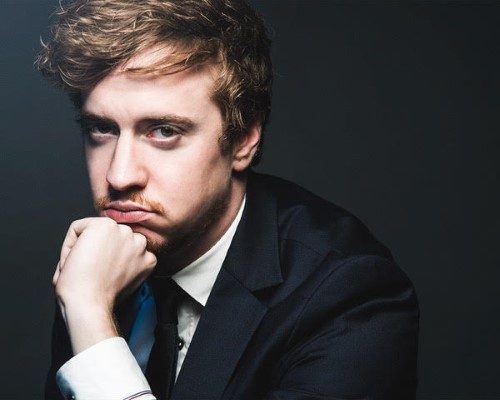 Toronto, ON-based artist (and actor), Will Bowes has released a powerful pop ballad, “Mad At The World”. The song itself was penned just after the attacks in Toronto to address all the negativity we have recently been subject to.

“Sometimes looking beyond fear and staying positive can feel impossible, especially in times of adversity. But it’s important to forge on and not admit defeat, which is why I wanted to make sure the song also reflected that sense of optimism.”

Check out the single below, and find out more about Will in our Five Questions With segment.

Hi Canadian Beats – My name is Will Bowes and I’m a singer/songwriter, filmmaker and actor from Toronto. Thanks for having me!

I’ve just released a single as a solo artist, a pop ballad called “Mad at the World” which I was inspired to write after the Toronto attacks this year and is basically about overcoming fear during times of adversity. In terms of my writing style, I usually have melodies wander into my head and I immediately pick up my phone and sing them into a voice memo so I don’t forget them, even if I’m in public, I just do it quietly and pretend that I’m on the phone. It’s later that I sit down, sometimes with a guitar, and figure out the song in its entirety.

While I would love to play some shows as a solo artist, I am the lead singer in Toronto soul/pop band Gold Complex. We are getting ready to release the first single off of our first album next month, followed by an album release in November. We plan to play a single/video release show as well as an album release show at Lee’s Palace, so stay tuned for that. The live performances are super fun, high energy shows that make you want to dance. With a full horn section, it’s hard not to.

Well being as how I really only have one song out there right now, it would have to be “Mad at the World.”