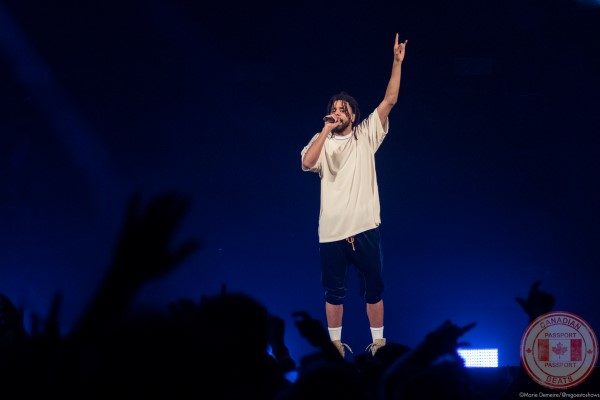 3 years after his last stop in Montreal, J. Cole brought the KOD Tour to the Bell Center on Friday night. After opening performances from Kill Edwards, Earthgang and Young Thug, the American rapper took the stage shortly after 9 pm.

The stage itself was simple but well laid out. Before Cole’s set hung an enigmatic curtain, stating “Kings On Drugs. King Overdosed. Kill Our Demons.”, the 3 meanings of his latest album K.O.D. During the whole performance, K.O.D. is everywhere, including with massive letter balloons on each side of the stage.

J. Cole starts his show with the Intro, followed by the Outro of his album. In an electric atmosphere, he runs through songs from K.O.D, but also from his previous records Forest Hills Drive and 4 Your Eyez Only, to the pleasure of a packed audience who is dancing, singing along, and enjoying what they came for. 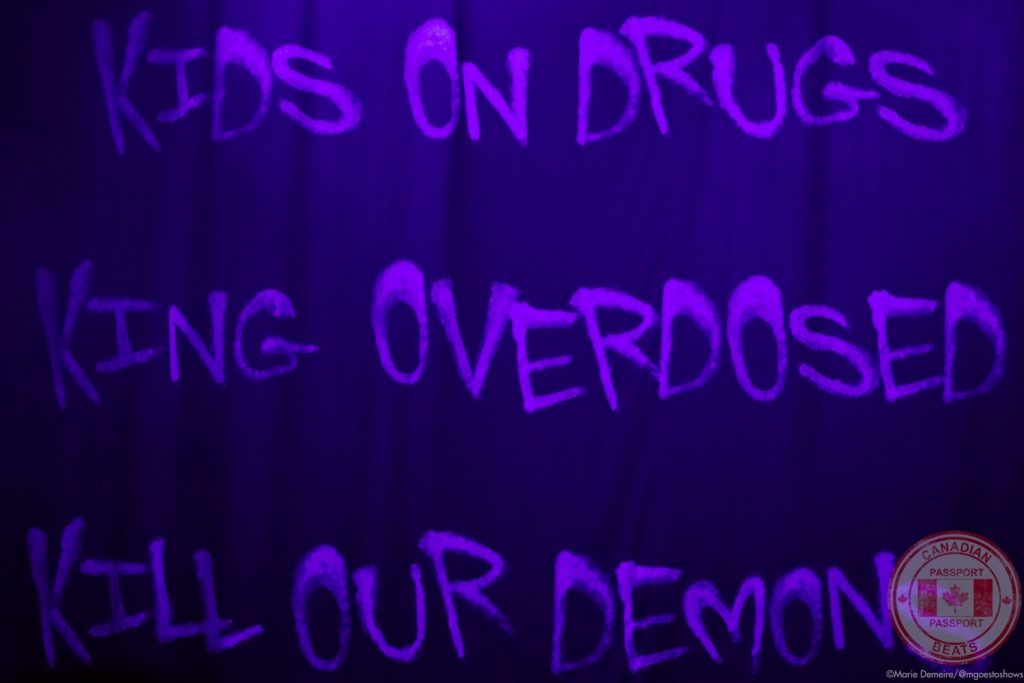 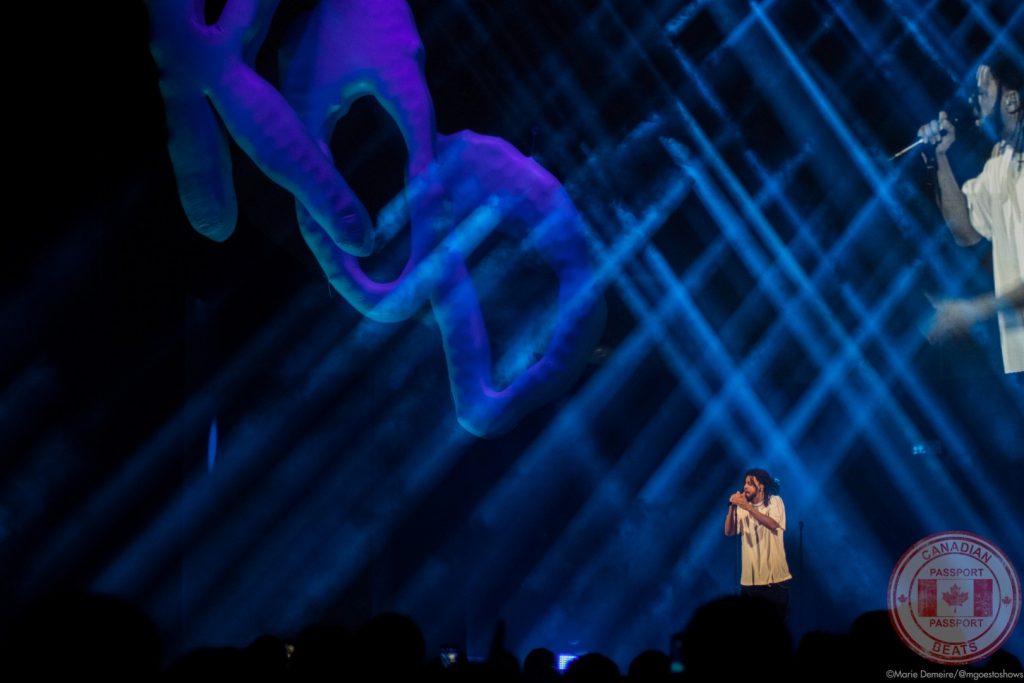 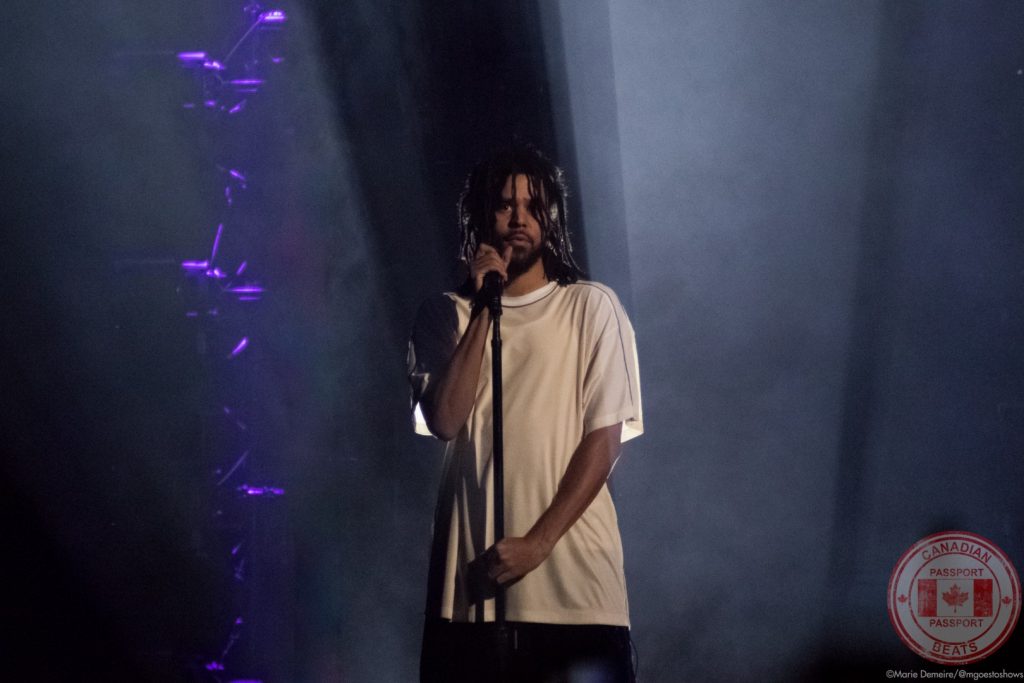 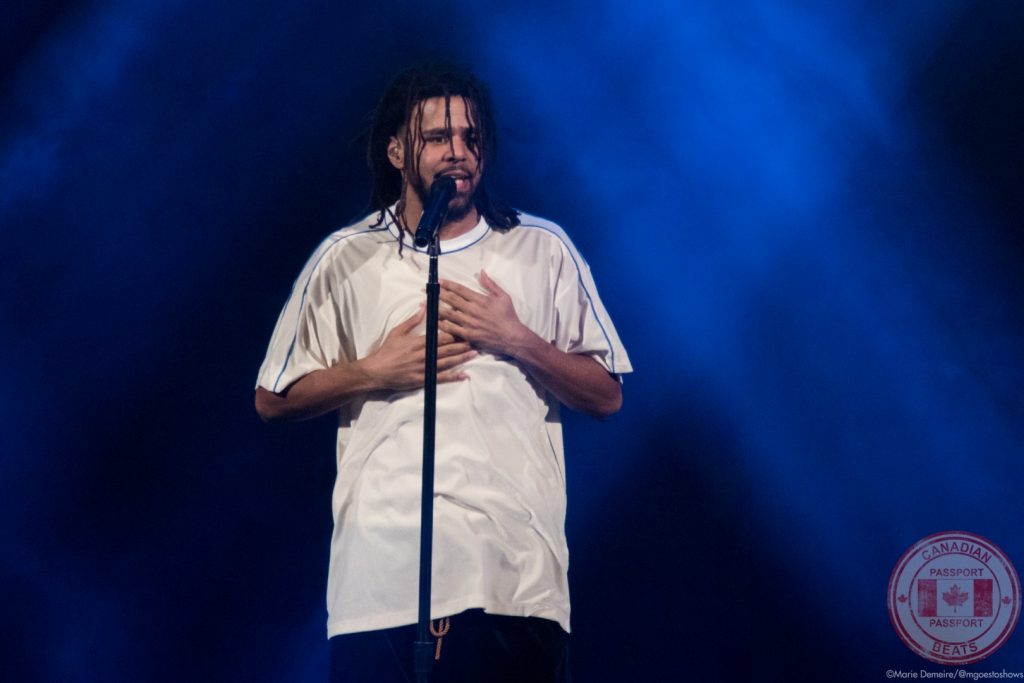 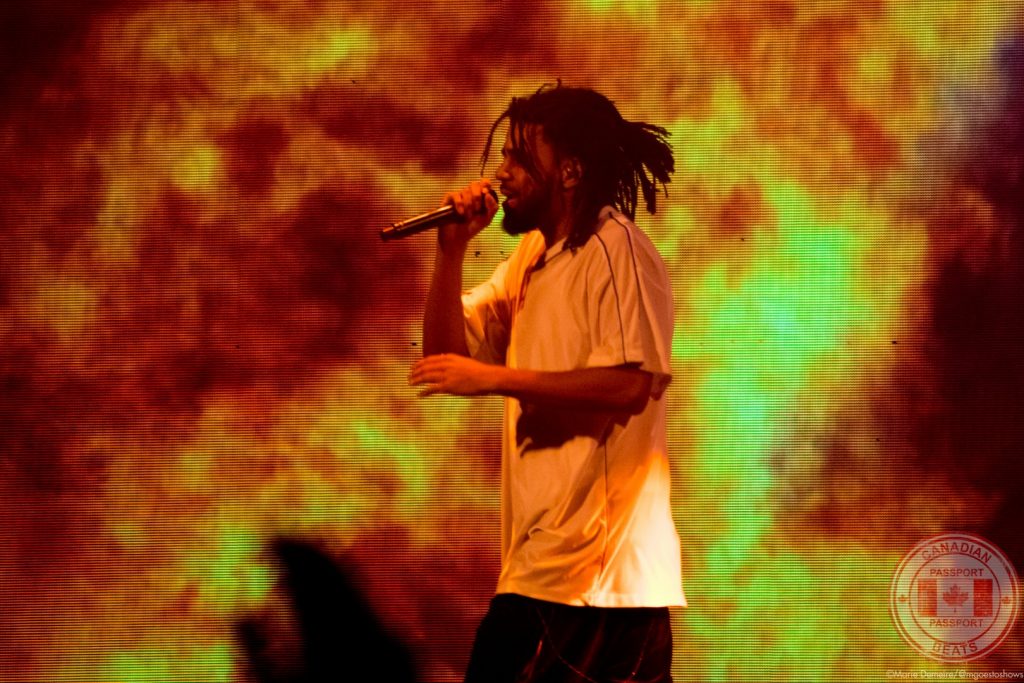 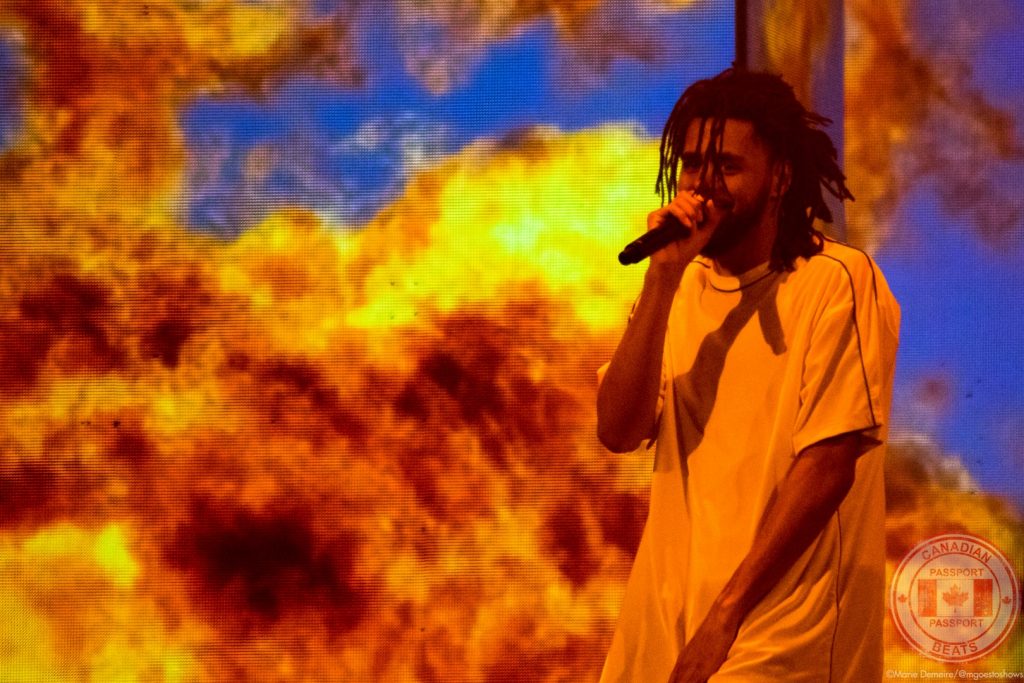