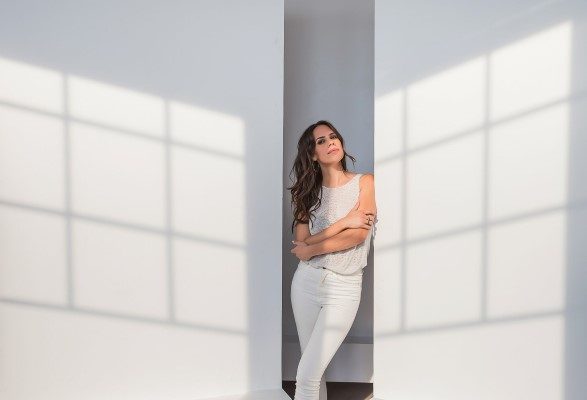 Spanish-born Canadian singer-songwriter, Celia Palli made a name for herself when she became a background singer for Nelly Furtado and had the chance to open for the Grammy winner on her Spirit Indestructible European tour in 2013. Since then, Celia’s career has only grown.  She has recently released the first single off of her new album which is entitled “Complicity”.

Celia shares on the songwriting process,

“In Spanish “complicity” is a positive word. If one can sense complicity between two lovers, it is seen as a compliment. I asked Nashlyn to write the lyrics with me and we used the connotations that this word has in English to help us describe the deep connection in the relationship I sing about.”

Check out the single below and find out more about Celia in our Five Questions With segment.

My name is Celia Palli. I’m a singer, a composer, and most importantly a bit of a goof. I’ve been in the music scene for over 10 years. I had the privilege of touring the world with Nelly Furtado as her background singer and then opened for her European Tour in 2013. “Complicity” is the single of a new album I’ve been working on. Can’t wait to share it with all of you!

My new album “Technicolours” was produced by the duo LikeMinds (Chris Soper and Jesse Singer). I had shown them a selection of songs that inspire me and we hit it off musically right away. Something that I think defines the record, unintentionally, are the retro synths LikeMinds collects. They used one of these original synths on “Complicity” and the sound took me to an era that felt like home (being an 80s kid myself). I liked it so much that each song now has hints of the past. Just a hint. Don’t worry, you won’t see me with a perm anytime soon.

My last album was about love and heartache. This album has a variety of topics that are important to me but I write them in a way that is not specific to my experience only. I let the lyrics be open for anyone to relate. I want my songs to be everyone.

I don’t have any upcoming shows yet. What you can expect to happen is that I’ll put out a video of live studio performances. So I say hit that follow button so you don’t miss out. It will be good. I promise.

“Complicity”. It’s the song that started this new album, this new sound. When “Complicity” was done I felt that I was going in the right direction and for that reason, it will always have a special place in my heart.