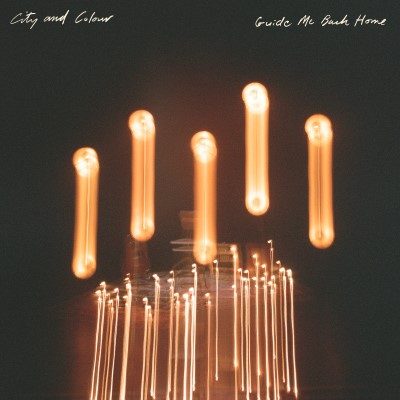 City and Colour is back with Guide Me Back Home, the first release under his own imprint – Still Records – which he started under Dine Alone Records. Twenty carefully curated songs were chosen for a stripped-down performance during his sold out 2017 tour “An Evening With City and Colour – Solo” – the tour spanned a total of 25 Canadian cities. One dollar from every album sale will be donated to MusiCounts – a music education charity associated with the Juno Awards and the Canadian Academy of Recording Arts and Sciences.

City and Colour, aka Dallas Green, has been on our radar for over a decade – and if you knew him from post-hardcore band Alexisonfire, even longer. At times juggling both careers, Green has established himself as a major force in the industry. With five major solo albums, a handful of live releases, and a collaborative release with pop icon, Pink, his career speaks for itself; oh, don’t forget the numerous Juno awards and MMVAs.

This compilation is a perfect blend of the familiar and the deep cuts; a chance to remember the hits and to remember some of his most poignant moments that may have slipped off the radar. There’s a sereness about his live performances; a calming force, even when he’s writing lyrics that might break your heart.

A standout moment comes just before he starts playing “Casey’s Song” – a personal favourite – where he talks about how he hasn’t played the song live in years, simply because he couldn’t remember the chord progression used when he originally wrote the song. Thankfully he decided to give it another go because it really is a stunning song. “Coming Home” ends with an unexpected but welcomed twist – an acoustic take on the chorus to “This Could Be Anywhere In the World”; one of the (in this writer’s opinion) most powerful Alexisonfire songs.

The intimacy in which this album was recorded and put together is so very comforting – you can close your eyes and imagine you’re in the audience witnessing City and Colour do what he does best. There are moments between him and the audiences; tidbits and stories preluding certain songs, and moments of comic relief.

Recently he posted an Instagram shot of his recording studio and assured us new, original songs are on their way – so we have that to look forward to.

Until then, Guide Me Back Home is available to stream and purchase everywhere. Vinyl fans can pick up their copies starting November 23.