Five Questions With The Blue Stones 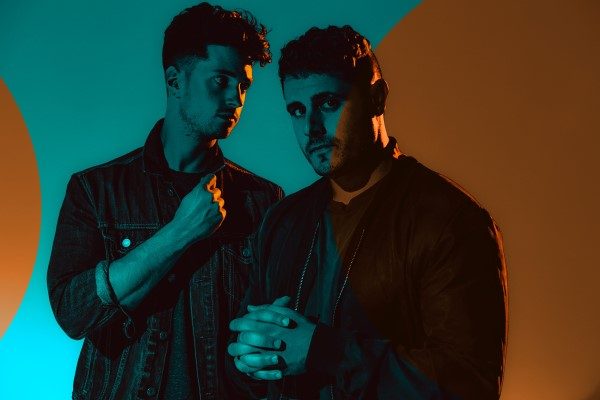 Photo Supplied by Entertainment One

Windsor, ON-based garage blues-rock band, The Blue Stones are about to release their new album, Black Holes on October 26. Leading up to the release, the band has released a lyric video for their single, “Black Holes (Solid Ground)”. The band has recently been signed to eOne, and is definitely one to watch as they have garnered over 10 million Spotify streams across only 2 singles, and have already been featured on Spotify’s Totally Alt playlist, as well as other official Spotify playlists such as Dirty Rock, Totally Alternative, New Noise, Beer and Wings, and Rockin’ Vibes.

Check out the new single below, and find out more about The Blues Stones in our Five Questions With segment.

We’re The Blue Stones, Tarek on guitar and vocals and Justin on drums.

We have a hard time putting a label on the music, but when pressed we usually say it’s alt rock.

Our writing philosophy is very simple: we write the music we want to hear. Tarek comes up with the guitar parts, Justin will add drums, and vocals are the cherry on top. We like to stick to writing with guitar as opposed to other instruments since we think the guitar is a dying breed, and we’d like to help keep it around. That being said, we’re never opposed to experimenting with other instruments.

We just finished our first set of European dates, which was phenomenal. Always good to play to crowded rooms your first time in a city.

It’s just the two of us up there for our live performance. We’ve focused on developing a dynamic set that showcases our range. We’re loud, but we can be low key and moody as well. No matter what, we bring energy to the stage, and love to show it off.

“Black Holes (Solid Ground)“, the lead single and title track from our upcoming record BLACK HOLES. It’s got a little bit of everything we’re about — melodic soft spots, heavyweight distortion, a little bit of trippiness and a lot of groove. But luckily you don’t have to hear just one song — the whole album drops October 26.

Sam Roberts Band was a huge influence on us in the early stages of our band, and he continues to put out great records, but his first few were game changers for us. Death From Above is a killer band who’ve really nailed down the duo thing… huge sound and just two dudes. Currently, we listen to a lot of Arkells, Glorious Sons, K-OS and the undeniably hooky Drake.