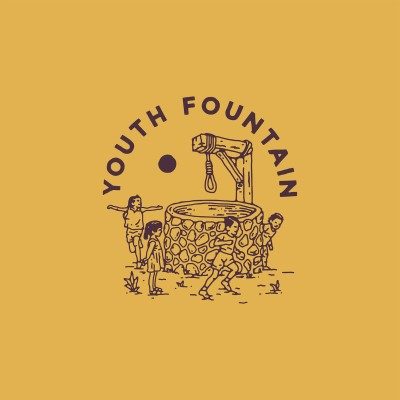 Most people with a passing familiarity with Emo-Pop probably remember it from its peak in popularity during the early 2000s. The fast music, loud vocals, and subject matter that was simultaneously irreverent and sincere gained steam in the public consciousness thanks to bands like Good Charlotte and Jimmy Eat World. The genre later took on a more theatrical composition with the advent of bands like Fallout Boy and My Chemical Romance, acts for whom the pageantry of the music was as important to the experience as anything else. And while the creative divergence that occurred within Emo-Pop can make it challenging to bridge the schism between where it began and where it progressed to, the core components of it have remained mostly unchanged.

Based on Youth Fountain’s self-titled EP that released earlier this summer, the creative duo of Cody Muraro and Tyler Zanon drew a lot of inspiration from the early architects of Emo Pop. The subject matter tends to focus on highly personal, internal subjects that are expressed with all the sound and fury and human vocal chords can put into a microphone. This is all presented in a series of polished finished tracks that balance intensity with clean production—production that was entirely done by Muraro and Zanon.

Anyone who grew up listening to Emo Pop in middle school or high school will want to give “Rose Coloured Glass” a listen, as this track, in particular, would fit perfectly into a greatest hits compilation of the genre’s heyday. “Grinding Teeth” does a wonderful job of balancing and contrasting hard vocals with soft vocals, and the slower pace of “Blooms” feels like a perfect keystone to round out the EP.

Over ten years after the genre’s peak ended, Youth Fountain is showing the Emo Pop didn’t actually go anywhere. It just stepped out of the spotlight for a bit. People who feel nostalgic for the bands of their youth or who never stopped listening to them at all will definitely want to check these two out.