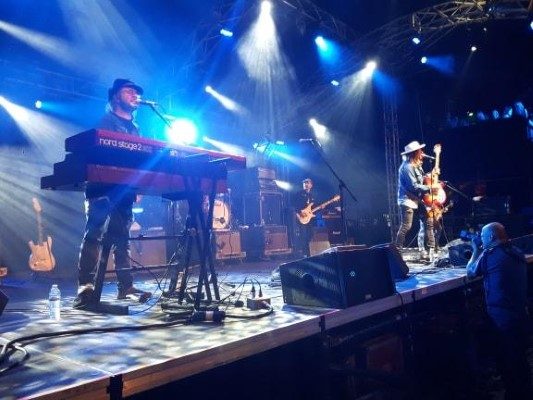 Who: Beauwater, The Trews, Matt Mays
When: September 22, 2018
Where: Iceberg Alley Performance Tent

The last night of the Iceberg Alley Performance Tent was a cold one, complete with high winds and rain, but that did not stop the masses from flocking to the tent. After all, it was a Saturday and there was a solid lineup at the tent down at Quidi Vidi.

The night opened with Beauwater, a group formed in St. John’s, NL in 2008. This group consists of Jonathan Reid (guitar/vocals), Greg Newhook (bass) and Michael Maddox (Drums). According to their website, “like the infamous North Atlantic fog from which the group was born, Beauwater exists in the grey. Not quite one thing, but no more the other, their brand of Blues laden Rock walks the boundaries between both genres, tip-toeing between themes and stylings from each and bring the best of both worlds to life.” Now if that isn’t a convincing description, I don’t know what is.

Beauwater’s set started with a little bit of instrumental music, bringing in each instrument one by one to highlight their sound.  The trio played tracks from their 2011 release, Movin’ On, and their 2016 release, Lovers, Fools and Kings. The audience also got to hear some newer tracks that the band hope to one day release.

Although I didn’t catch the titles of many of their song, I can honestly say that they have some great rock tunes. Throughout many of their tracks, they focused on their creativity, alternating between guitar solos and the addition of drums to aid in building up memorable endings.

Reid explained a few of their tracks such as one that may be called “Who Works For Who”, that he likes to think is one about those who take our money. During this song, there was an interesting break in the middle where the drum beat changed and the guitarist began to play a creative melody showcasing his abilities. Another track, possibly “Flavor Of The Week”, talked about the music industry and how on one day you could be on top of the world and the next you are scrounging to play for about three people in a bar. This is a track that could possibly be found on their next album.

Beauwater had a solid rock set. I’d definitely recommend checking them out if the opportunity ever presented itself. 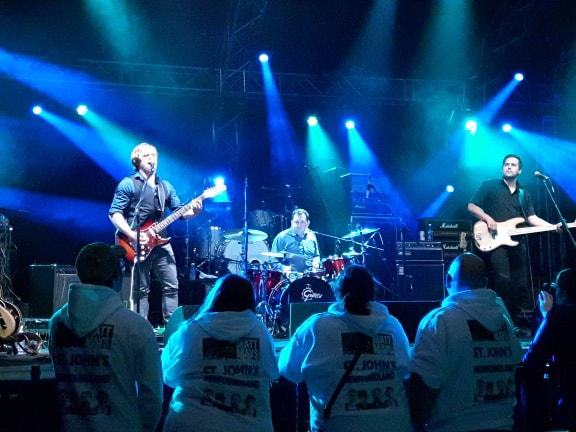 Now I’ll be honest, and I may be a bit bias because of this, but The Trews have been one of my favourite Canadian bands since their House of Ill Fame days. The Trews are a Canadian rock band that got their start in Antigonish, Nova Scotia but are currently based out of Ontario. The band consists of Colin MacDonald (vocals/guitar), John-Angus MacDonald (guitar/ background vocals) and Jack Syperek (bass/ background vocals), with Chris Gormley (drums) and Jeff Heisholt (keys).

Their set started off with just drums before they broke into “I Can’t Stop Laughing”. Anyone who has ever had the pleasure of seeing The Trews in St. John’s will have heard the story of how this song came about. Back in 2006 some of the band was in town and met up with Ron Hynes. It was there that they were given the line ‘I can’t stop laughing and I’m not even happy’ and from that, “I Can’t Stop Laughing” was born.

The Trews continued on to play some crowd-pleasing numbers such as “Beautiful and Tragic” “Paranoid Freak”, “Hope and Ruin” and “Tired of Waiting”. The audience sang their heart out to these tracks. Problems with the mic during ‘Tired of Waiting’ did not keep MacDonald from captivating the audience who filled in vocals where they needed to be.

Their newest album, Civilianaires, was released on September 14. Being a long time fan, it was great to be able to see them perform some of the newer tracks such as “Vintage Love”, “Harder To Love” and “Bar Star”. Their performance of ‘Bar Star’ was one of my favourites, as it was mixed into a melody with Tom Petty’s “Free Fallin’”.

I was especially excited to hear “Highway of Heroes”. There were so many great parts all wrap into one during this song; guitar solos, key solos, three-part harmonies and the feeling of a calm silence in the tent.

The Trews pulled out all the stops during the last few songs of their set. The introduction to “Poor Ol’ Broken Hearted Me” started with just drums. Slowly guitars where brought in. The audience went wild and ended up singing the song with MacDonald, as the music faded and all you could hear throughout the tent was the vocal stylings of the audience. The set finished with “Hold Me In Your Arms”, a performance completed with the creative guitar stylings of John-Angus and a cowbell. Need I say more? 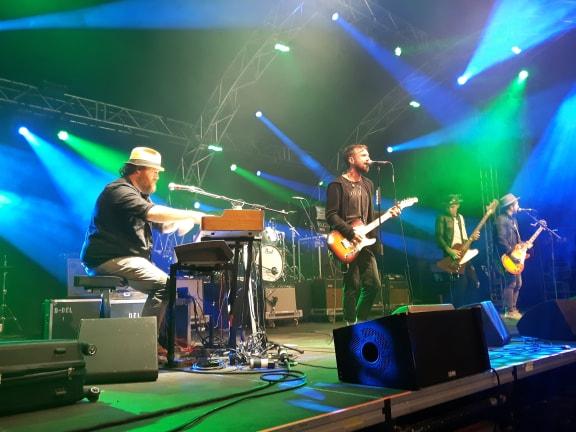 The final act of the night was Matt Mays, a Canadian indie rock singer-songwriter hailing from Nova Scotia.

Mays began his set with “Tall Trees”, which was definitely an audience favourite. You could hear the audience cheering at the first note before they began to sing along.

Mays played a mixture of newer tracks, such as “Faint of Heart”, and older favourites such as “City of Lakes”. “City of Lakes” was actually one of the first songs I heard by Matt Mays (then with El Torpedo).

Mays and his band were trying something a little different during one of the tracks. This song started off with keys that caused the audience to scream. Soon a guitar joined and Mays sang some of the lyrics before the other instruments joined in. At this point, Mays stops suddenly and apologized because he screwed up. This was when the audience learned that they were trying a new version of “Terminal Romance”. From this, Mays kept on rockin’.

Mays ended his set with some involvement of local talent. Mays had invited up Mick Davis and Kate Dyke (who sang along on the nights performance of “Station Out Of Range” as well), along with Kendel Carson. This signalled the end of the night, as Matt Mays and friends performed ‘On The Hood’ for an excited audience. 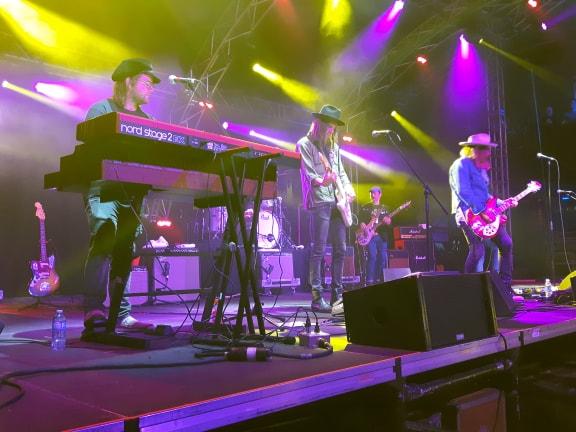 This brings the eleven days of music and excitement to a close. The Iceberg Alley Performance Tent concert series is not one that anyone will soon forget. I look forward to next September to see what they have in store for us next!

Interested in learning more about these bands/singers, check out their website in the link below:
Beauwater
The Trews
Matt Mays