Beau’s Oktoberfest demonstrates class, humility, and a wunderbar time in the face of severe weather 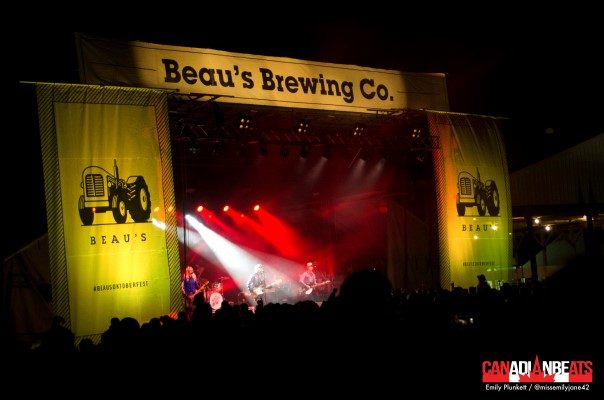 The only complaint some patrons of Beau’s Oktoberfest celebrations might have had about the weather Saturday night was that it was actually kind of cold; much like what you would expect on the first day of fall in rural Eastern Ontario.  Some might not have thought to bring that extra jacket for the night’s concert line up to see Fred Penner, Weaves and headliners, Sloan.

Few people, however, were complaining of Beau’s Brewery’s handling of the cancellation of the scheduled mainstage festivities after it became clear that Vankleek Hill would be next to feel the brunt of the powerful storm system that spawned a total of six tornadoes in and around the National Capital Region Friday afternoon and left thousands without power in Ottawa and Gatineau for days.

“Well, why don’t I walk you through the whole thing!” Beau’s Brewery CEO and co-founder, Steve Bauchesne said as we sat down to run through the tough decision to cancel the first night of music festival and the process of making sure concertgoers were made to feel safe and comfortable during the unique and awkward weather situation.

Friday night’s concerts were scheduled to have East-Coast legends, Joel Plaskett Emergency rock the lederhosen off of the Oktoberfest crowd. Beauchesne says weather preparations for the festival started two weeks in advance, and that they were preparing for rain and even thundershowers right up to the morning of the show.  They were in constant contact with a meteorologist, tasked with providing the most accurate reports so the festival could act quickly in the event of lightning.

Even with the constant updates from the meteorologist, who originally estimated a much smaller storm for one to two hours, reports changed rapidly as the day progressed; and by 2:30 p.m., reports of tornado watches for the region began to pour in.  “As soon as we saw the tornado watch, we posted up online and through our social networks that anyone who was concerned, could come on Saturday instead of Friday and we would honour those tickets,” said Beauchesne. “Let’s not [make people] feel like they have to go because they paid for a ticket and they can’t redeem it.”

Bad information around 4:30 p.m. brought the first word of mouth reports of tornado touchdowns in the Ottawa area and there were rumours tornadoes had touched down close to Vankleek Hill.  As the storm progressed through the area, organizers were forced to make quick decisions and implement them fast.  A storm that was once thought to last around two hours for the festival with 70 km winds, became a storm that would have sustained winds of over 100 km with a lot of lightning – dangerous for the festival with most event structures consisting of tents with metal frames.  Decisions were made to have shuttle buses carrying patrons sent back to their originating destinations, volunteers were asked not to come in for shifts, and the mainstage shows would be cancelled outright due to heavy lightning.

Those who decided to stay on site were asked shelter in place in one of two permanent pavillions on the Vankleek Hill Fairgrounds; and shelter in place they did for almost three hours as the storm passed overhead.  The concern at this point, Beauchesne points out, was to “maximize comfort in an uncomfortable situation.”

“The first thing we did in both of them is to make sure that people had beer,” he proclaimed, proudly.  One of the festival’s food vendors somehow set up a barbeque near one building to allow guests to eat, and by the end of the storm, both pavilions had some level of entertainment; with Ottawa singer-songwriter, Rory Taillon entertaining in one and an impromptu karaoke session in the other.  Everyone on site pitched in to make the best of the situation.

Arriving Saturday at Beau’s Oktoberfest, the only possible indication that a dangerous storm passed through just hours earlier was the significant amount of mud in the festival grounds. With the exception of passing jokes of understandable disappointment of the cancelled concert the night before due to extraordinary circumstances, nobody was really upset at Beau’s handling of the situation.  In fact, the brewery raised $94,323 for charity, with $40,000 going towards United Way initiatives; and after 10 years, the event has now donated $711,212 to charity.  The money raised will benefit numerous community-building projects and charities around Hawkesbury and Vankleek Hill.

With the weird, uncomfortable start to the 10th anniversary of Beau’s Oktoberfest passed, there was only one thing left to do: use the crisp, fall weather as an excuse to dance.  Whether it was to Canada’s King of Polka, Walter Ostanek, or the Kingpins’ blistering brand of original Montreal ska, or one of Sloan’s classics dating back over 25 years, people welcomed the opportunity to drink, be merry – and maybe forget the lingering power outage some folks certainly would have to deal with back home for a little while.

“It was kind of like, everyone realized this was an unusual, uncomfortable situation, but we’re here to have a good time,” reflects Beauchesne.  “We’re safe. Let’s have that good time.” 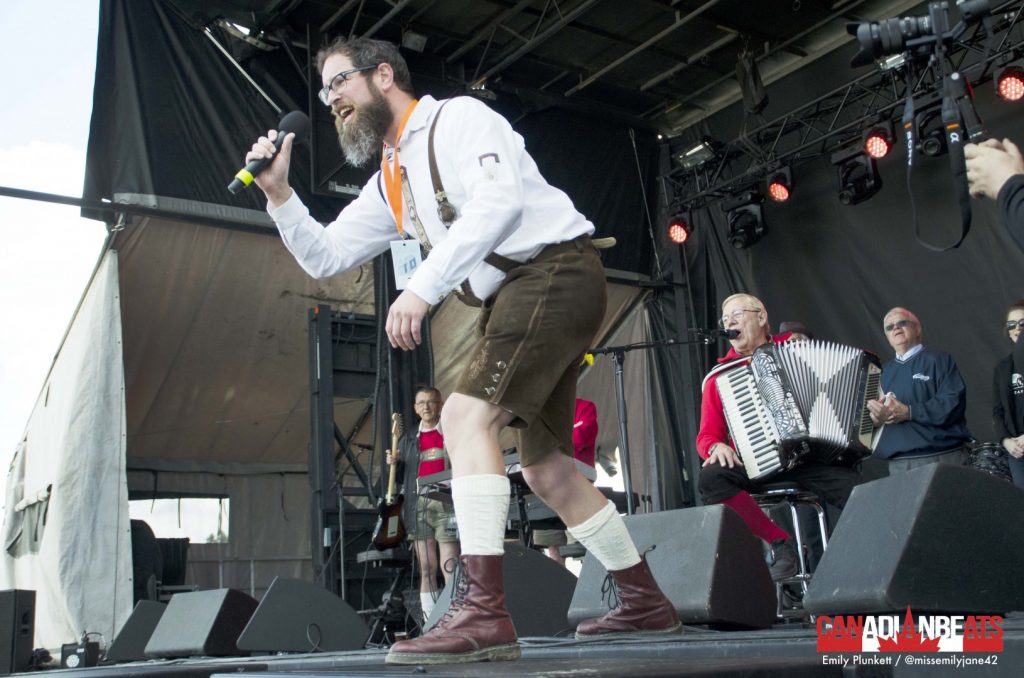 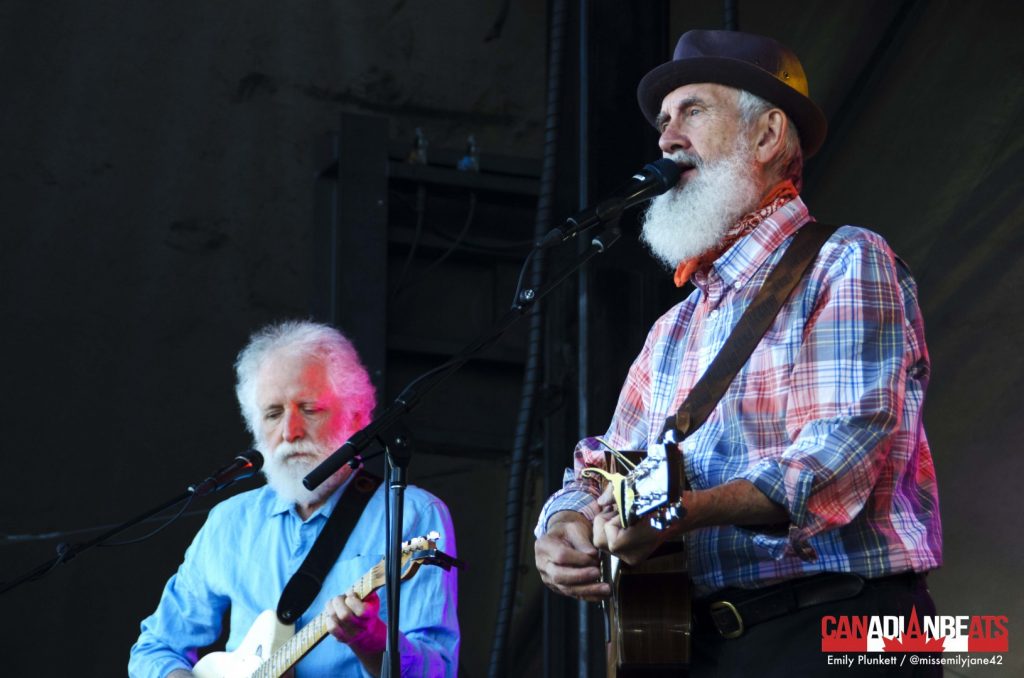 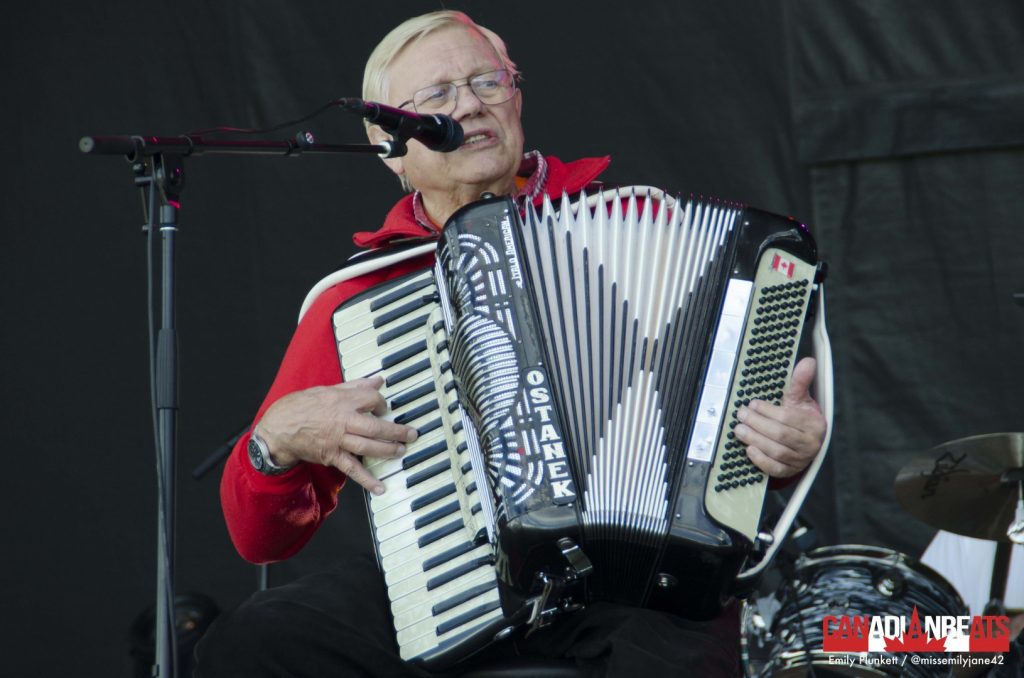 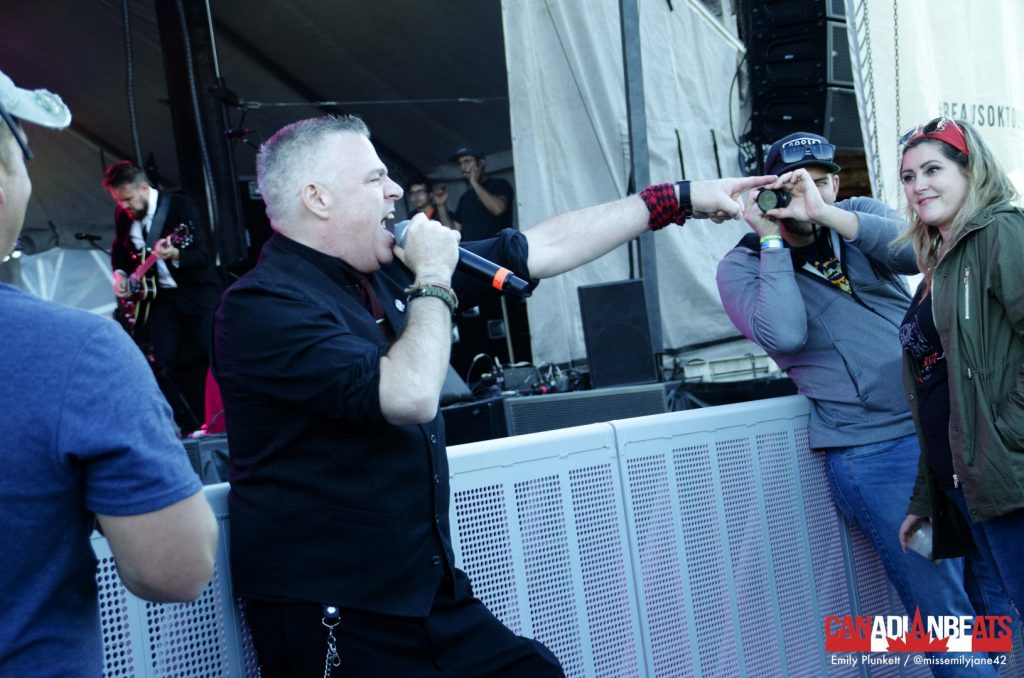 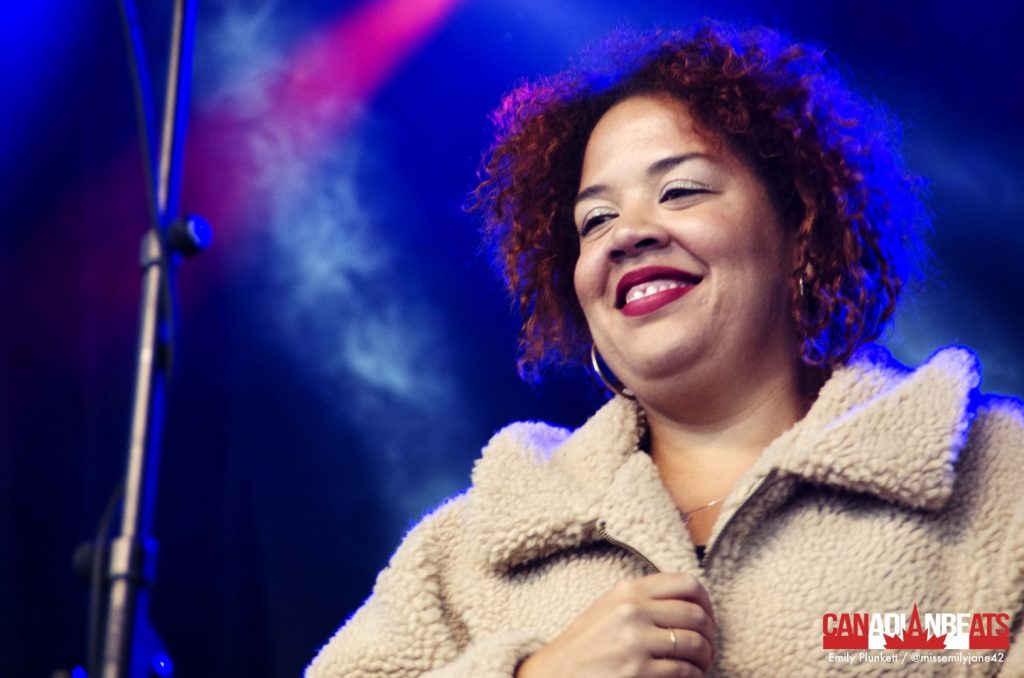 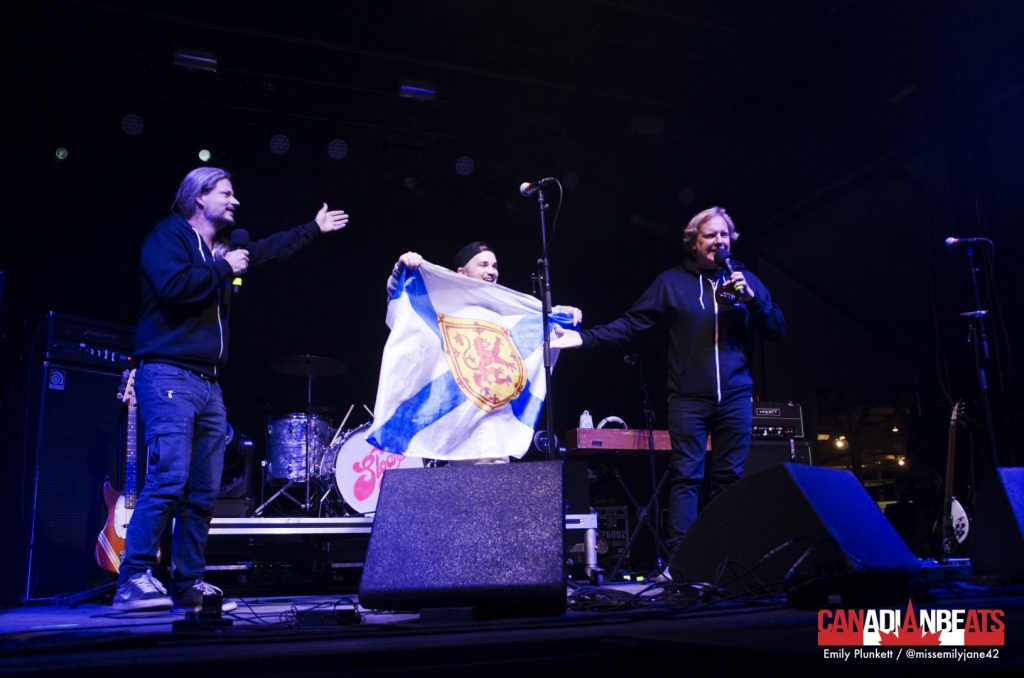 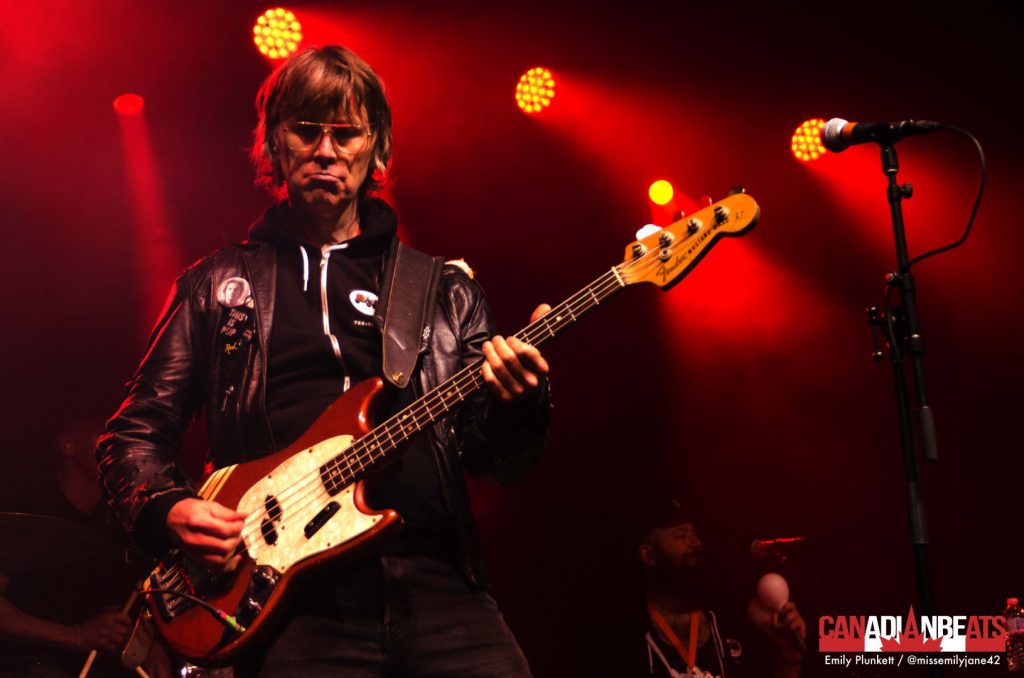 For more photos from Beau’s Oktoberfest, head to our Facebook page!