Home / Promos / Jacynthe celebrates the 20th anniversary of her first album, I Got What It Takes

Jacynthe celebrates the 20th anniversary of her first album, I Got What It Takes 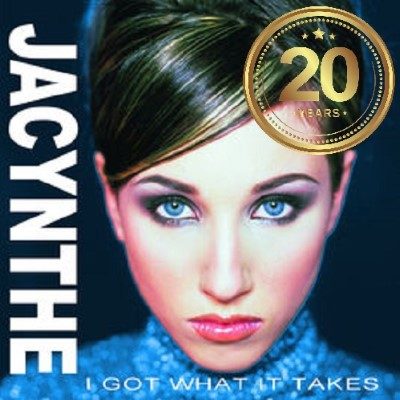 Montreal’s Jacynthe is celebrating the 20th anniversary of her debut album, I Got What It Takes, which was released back in 1998 on September 13, which is also Jacynthe’s birthday. The album was released at the old restaurant Buonanotte on St-Laurent in Montreal and has sold more than 25,000 copies in Canada and 50,000 in Japan.

In the 1990s, Jacynthe was one of the more recognized pop artists to come out of Canada. Her songs have reached record highs across Canada and was featured on most talk shows in Montreal, Toronto, Vancouver, and more.

With hits such as “This Is The Night”, “One More Time”, and “Don’t Let Me Down”, you’re sure to recognize at least one of the tracks. “This Is The Night” is the track that I remember most, and is also the one that was nominated for “Best Dance Recording of the Year at the Juno Awards in 1999.

Take a few moments and check out this throwback album and join in the celebration!