Arkells release “Only For A Moment” ahead of Rally Cry 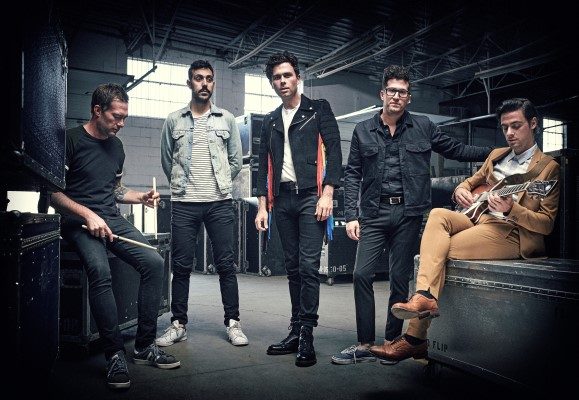 Ahead of Rally Cry – the Hamilton, Ontario based rock band’s seventh release, Arkells have released yet another single, “Only For A Moment”. While the band has previously released “People’s Champ” in May and “Relentless” in August, “Only For  A Moment” further signifies the band’s shifting sonic evolution with a pop-driven indie-rock flair.

Previously, the band has released “Relentless”  which captures the Arkells first use of a sample. The keyboard line, which runs throughout most of the song, was sampled from South African artist, Chicco, and gives the track a bouncing groove and a slightly uplifting vibe.

Rally Cry is due for release on October 19th and is produced by Eric Ratz (Knocking At The Door, Leather Jacket), mixed by Mark Needham (The Killers, Fleetwood Mac) and mastered by Greg Calbi (Arcade Fire, Kacy Musgraves).