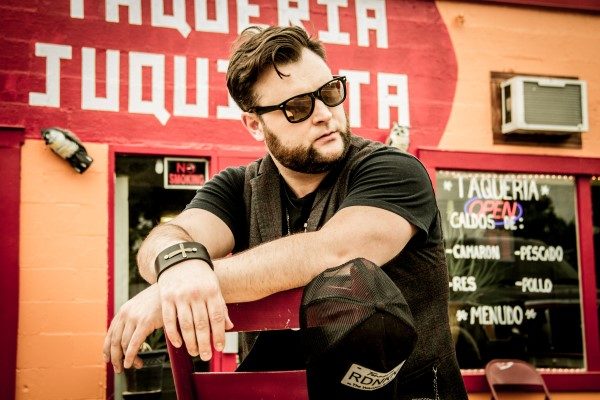 British Columbia country rockers Chris Buck Band are all about bringing the party, especially when it comes to their newest single, “RDNKN”. “RDNKN” was born out of a partnership Chris Buck started with a close friend on a lifestyle brand. Chris Buck (lead vocals/rhythm), Matt Genereux (bass/vocals), Taylor Allum (drums), Ryan Stead (vocals/guitar/banjo) took this and turned it into a party anthem that they can take to the stage when they perform on some of the biggest country stages – they’ve already nabbed slots at festivals like Boots & Hearts, Rockin’ River Music Fest, The Calgary Stampede and Manitoulin Countryfest.

With multiple BCCMAs (British Columbia Country Music Award) under their belt, a Top 20 hit single – That’s How You Know featuring Kira Isabella – and a 2017 debut album that released three top 40 country radio hits, the band shows no signs of slowing down.

How did the idea for RDNKN evolve from a merchandise partnership to a song?

So, my friend Mark had this idea a few years back and I loved his idea so much I decided to partner up with him. What he did was take the letters RDNKN (Redneckin) and place it on all the Canadian provinces licence plates. The idea blew up and I’ve seen thousands upon thousands of people across Canada wearing these hats. I then told him if it’s the right song I want to write a “redneckin’ tune! I’ve never spent so much time invested in writing a song EVER, but it had to have the humour yet the “proud” to be a part of this fun lifestyle!

Obviously, you guys had fun with this video – can you tell us about the filming experience?

Honestly. We got a beer endorsement for the film and started from there! We literally said let’s just show up and have fun and embrace this lifestyle. There were signs put up around the trailer park weeks in advance letting people know we were coming to shoot a video. And it seemed that everyone literally showed up and made this for a great shoot.

You’ve noted artists like Kenny Chesney, Garth Brooks, and Jon Pardi as some of your influences- did you take any inspiration from their songwriting or their personas during the RDNKN process? None, I never know what I’m going to write. I love the redneck lifestyle and wanted to make people feel something from this. And I believe I did, the amount of hats we’ve sold is proof!

Have you had the chance to play the song live?

Playing this song live is probably the most exciting thing I have ever done! Never seen anything quite like it and if the fans want more of it maybe I’ll just have to write more of it!

Will we see this new single on the next album? Have you guys been working on the follow-up to 2017’s self-titled release?

Yes, this next 6 song EP is our best yet! I’ve taken the time down south to write tons and I can see it really paying off! Coming out this fall!