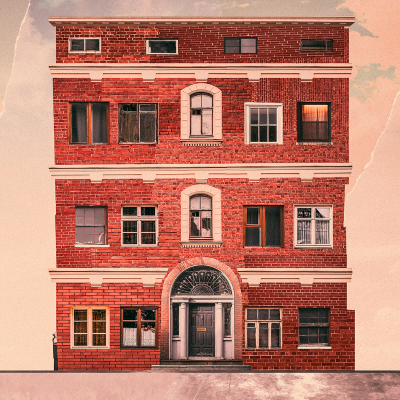 Vancouver natives Living With Lions dropped their fifth studio album Island on the 21st of September after an almost 5-year break from their last album. With high hopes on the horizon, new and old fans alike were excited to check it out and after a suggestion from a fellow Canadian Beats member, I decided to check them out myself.

Starting off strong with “All The Same” following into “Second Narrows” had me hooked from the start. The fast-paced punk vibes mixed with the stellar vocals are a great way to hook a new listener in, just as it did for me. “Tidal Wave” however caught me by surprise as I’ve heard it before on a pop-punk playlist on Spotify, which leads to my understanding that I’ve heard these guys before, just didn’t put the band to the song.

“The Remedy” is a little slower than the previous tracks but it focuses more on the lyrics. The line “you would’ve been good for me/but I can’t see the good in things” is such a simple and powerful lyric that caught me off guard of how much sense it made. The one thing I love about the pop-punk genre is that the lyrics are almost always relatable.

The interlude in the middle of the album was a breath of fresh air. Not many bands do anything like that anymore, so it was nice to hear it. Plus, leading into “Plastic Flowers” was a good touch. Easily one of the best songs on the album, “Plastic Flowers” has a good musical tone and excellent lyrics.

I have to give a quick shout out to the title track “Island” which is the closing song on the album. An almost 6-minute long epic, the band closed off the album with a melodic mix of beautiful music that certainly didn’t feel like it was almost 6 minutes long. That’s the joy of real music, you don’t realize the length of a track if you enjoy it and that was the case with this track.

For a first time (or so I thought) listener of Living With Lions, I’m very glad my friend suggested them for me to review. I love the pop-punk genre as a whole, and Canada is killing it this year with huge release after huge release and Living With Lions have added to that list. After a long break, they’re proving, they still have what it takes when it comes to making albums and this is just another addition in their already impressive album lineup.