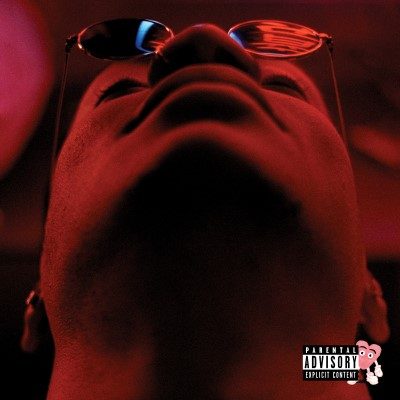 Full Review:  Despite a title as direct as Love Me, listeners can initially be left wondering the title’s intended tone.   Is this Love Me looking into one another’s eyes over romantic candlelight; a pleading, I seek your constant validation, attention, and emotional charity; an anguished, shirtless yell towards a second story apartment window over a torrential rainstorm; or is it closer to the lyrics of any Ludicrous song?

Listeners may have been introduced to Love Me through the kickoff video  “Come Inside ft. Jazz Cartier”, a Tribe Called Quest / Q-Tip vibe with relaxed vocal cadence, a groove centred vintage sample, and a campy, TV parody video which places an unexpected host turning the ear on the landmark of 90’s television, the late night talk show.

Is this the total vibe of the record, or a sampling of styles to come?

Let’s dive into Love Me and see what else Lou Phelps has to say!

“Fun and Games” kicks off with the Tribe Called Quest vibe, groovy, up-tempo sample with sharp rhymes and a quick flow slightly behind the beat, the combo of perpetual energy with a “go with the flow” overcurrent, a rhyming sailboat bobbing along the top of rhythmic ocean sound waves.

“Squeeze” kicks off with an acoustic piano intro, Elton John stopping by for a sense of romance and possible candlelight, à la Liberace style…maybe closer to Ben Folds…the point is made.   “Squeeze” is the first slow jam on the record telling the story of unrequited romance and the questions of moving forward, moving back, and all the restless navigating of trying to make out with someone on a semi-serious basis.

“2 Seater” is the street level slow jam setting up “Miss Phatty” showing Phelps’ comfort in rap/hip-hop styles relying on variant cadences and flow speeds.  “The way I whip should be illegal” should be the driving catchphrase for the summer, or September, as it were.

“Tasty” kicks off with a syncopated, “Blurred Lines” styled bass line transitioning into a great, fast flowed groove.  Here listeners get a solid old school hip hop arrangement with a bass line intro, percussion and quick cadenced rhymes with a touch of vocal echo.  A remix of “Tasty” should be released with Q-Tip making a guest appearance, or have Q-Tip cover it.  Just putting it out there into the universe… Am I hearing a bit Dream Warriors in here, too?

The transition into “August Rain” is a great combination.  From front to back, Love Me is strongly sequenced with natural transitions between styles and tempo.   When listeners find their favourite track / tracks on the record, there is a very good chance their next favourite song will the next song on the album.  As well as the sequencing, the over-all production of Love Me is superb, with a depth of tones and clarity of independent sections.

“Higher” references the beginning of Love Me with a solid, mid-tempo jam with a catchy setting up a full circle, ending the album the way it started idea.

Then, unexpectedly, the second last track is “G0!” a prog. rock background with ambient keyboard and rhythmic, syncopated “boops and bips” for lack of a more musical term.  “GO!” is Gary Numan and Brian Eno working with Kraftwerk to make a rap song.  It’s a surprising tonal change and a brave artistic choice nearing the album’s closing.

Continuing with the two song style groupings, “Want To (For the Youth)” continues the prog. rock vibe with a West Coast, double-low dropped bass, street wise attitude.  When many rap artists would end with catchy dance track, Lou Phelps decides for a strong urban anthem of self-empowerment using unexpected outside musical choices.

As an introduction to Lou Phelps, I am impressed with his inclusive blending of musical styles seamlessly transitioning from various forms of rap and hip hop to incorporating unique beats, artistic “boops and bips,” and on point, sharply delivered, vocals.

Getting ready for the follow-up album How Lou Likes His Love available on Doubtfully Named Records.  (Second part of a concept series, perhaps?  Again, just putting the idea out into the universe…)