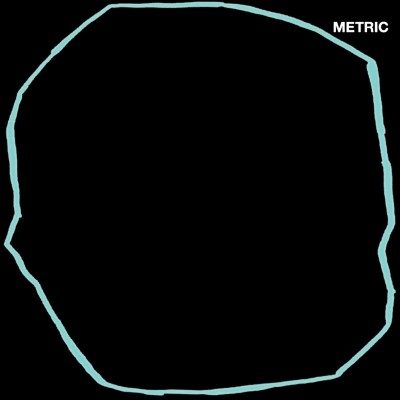 Canadian powerhouse Metric returns victoriously with their seventh studio album, Art of Doubt; the first release since 2015’s Pagans in Vegas. The indie rockers – Emily Haines, James Shaw, Joshua Winstead and Joules Scott-Key – have long held a reputation for dazzling listeners and live audiences with their infectious, often synth-heavy, anthems. Juno awards, MMVAs, and high profile festival gigs have long been a part of the band’s history. Their latest gig was the headline slot for Indie 88’s fifth birthday concert at The Danforth Concert Hall.

Haines is easily one of the most dynamic vocalists around – elevating each song to its inevitable cool factor. Art of Doubt was recorded at Metric’s own Giant Studio in Toronto and was mixed by first time collaborator Tony Hoffer. The album’s lead single, “Dark Saturday”, hit number one on Alternative Radio in Canada – making it Metric’s sixth chart-topping single.

Art of Doubt is part grit and part glamour. Whereas previous albums fell into synth-heavy territory, this album seems to favour more alt-rock sensibilities. But the synths aren’t completely gone – “Anticipate”, and “Risk” for example, feels reminiscent of 2012’s Synthetica. Lyrically dynamic and critical, Haines is a master songwriter. “Art of Doubt” stands out personally because of the power in its simplicity –  “Now we gotta take it upon ourselves / Next time the kick drum starts drag your mind from the gutter babe / All this isolation’s sinister so be kind to yourself / There will never be another you.”

Vocally she is perhaps at her grittiest yet; on tracks like the roaring “Dark Saturday” and the dance-y  “Dressed to Suppress” she delivers a heavier echo. The band deserves their praise as well. Shaw’s electric riffs are next level, Winstead’s bass is simply killer, and Scott-Key drumming is easily one of the reasons this album is as good as it is.

Art of Doubt feels like a mix of old and new Metric, which may not work some, but seeing as my musical moods are often all over the place, I’m taking pleasure in the mix of bubbly and dark energies this album brings to the table.