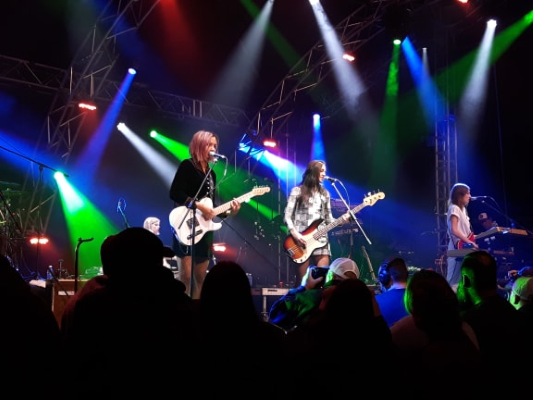 It was ladies night at the Iceberg Alley Performance Tent on Tuesday night (September 18) as some very talented women graced the stage to perform their hits for the masses. And what an amazing night it was.

Rachel Cousins was the opening act that night. Cousins is a 17-year-old singer/songwriter from St. John’s, Newfoundland. She may be young but she has an impressive resume backing her up, complete with award nominations and performances alongside some Canadian icons.

Cousins set was composed of pop-folk music straight from her 2017 debut album, This Fire. Although Cousins is often seen performing solo, she was accompanied by a four-piece band throughout the majority of her show. Starting the night with the title track from her album, ‘The Fire’ captured the attention of the audience right from the beginning.

A different side of Cousins’ was showcased during her last song for the evening. Her backing band had left the stage but the music continued and she sang ‘Let Go’, a song that is currently receiving local radio airplay. This track had a more mainstream pop feel than her previous pop/folk influence.

With her powerful vocals, confident stage presence and excellent songwriting skills, we are sure to see Rachel Cousins continue to make a name for herself. 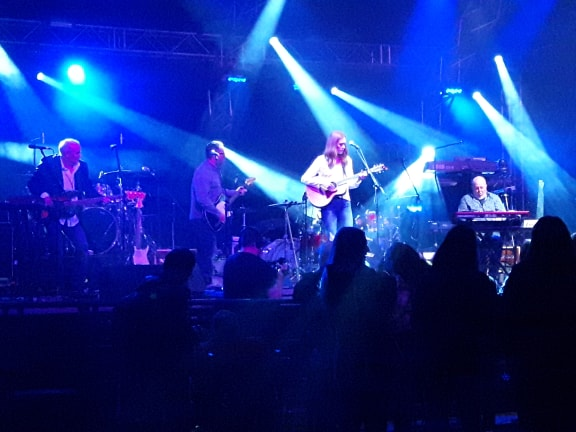 Next up was The Beaches and I have to say that they definitely stole the show for the night. I had heard of the band in passing before but never really took the time to listen. But I can guarantee that they are quickly becoming a favourite of mine.

The Beaches are a Canadian alternative rock band from Toronto, Ontario consisting of Jordan Miller (vocals/bass), Kylie Miller (guitar), Leandra Earl (guitar/keys) and Eliza Enman-McDaniel (drums). They started their set by simply playing their instruments, with the sound becoming increasingly louder before they broke into their first track, ‘Back Of My Heart’.

The Beaches released their debut full-length studio album Late Show in 2017. Songs such as ‘Moment’, ‘T-shirt’ and ‘Let Me Touch’ from the album were showcased during their set.
‘Highway 6’ was a track that captured my attention quickly. There was an interesting organ sound at the beginning of the track that continued throughout. This was a slower track, filled with enough emotion that it could send a shiver right down your spine. I was very impressed with their multi-talented and multi-tasking abilities as one of the guitarists alternated between strings and keys during multiple songs.

Another stand out track was the cover of ‘Skater Boi’ by Avril Lavigne. This is a track that many of the patrons probably remember from the early 2000’s. This was probably the best cover I’ve heard of this song, complete with Miller, Miller, and Earl sharing the vocals.

Their stage presence is pretty impressive, complete with theatrics. During ‘Boy Wonder’, there were high and low sound points in the track and some synchronized dancing and high kicks. The set finished with ‘Late Show’, a catchy tune that I have been singing ever since. 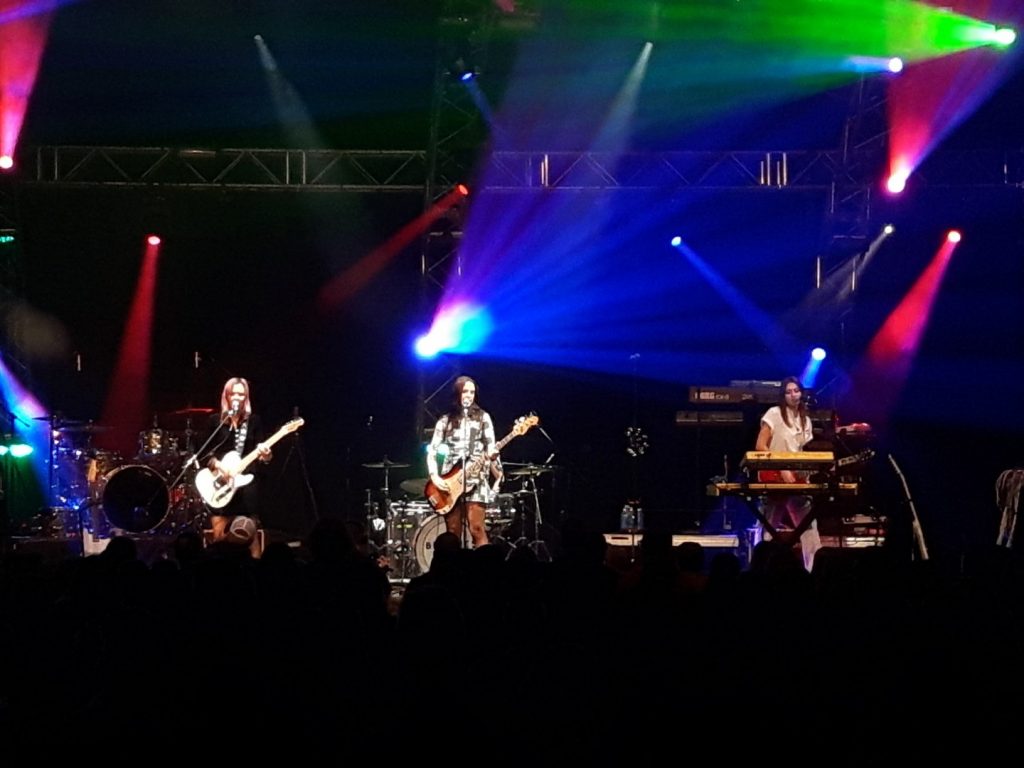 Serena Ryder was the last act of the night and I can certainly say it was a memorable one. From her powerful voice to word choices when speaking to the audience to rapping (yes… rapping), Ryder took the tent by storm.

Serena Ryder is a Canadian singer-songwriter that is no stranger to Newfoundland and you could definitely feel that through the audience and their adoration for her music. They hung on to every syllable that Ryder crooned. The crowd kept bouncing and they became unified, as they sang along (creating their own little choir) and followed each and every direction that was given.

Ryder began the last set of the evening on a dark stage with one simple blue light. Her powerful voice echoed throughout the tent as the fans began to cheer. This introduced her first song of the evening ‘Stompa’‘, a track from 2012’s Harmony, that is 4x platinum in Canada and has hit number one on AAA radio in the U.S. Such tracks as ‘What I Wouldn’t Do’, ‘For You’ and ‘Fall’ from this release were also performed.

Ryder had the audience clinging to her every word as she asked the audience to raise their hands whenever she did during ‘Hands’, a track from her 2017 album Utopia. I was entranced by the audience as they followed suit and swayed along to the melody. She continued on to play tracks from the album, including ‘Ice Age’, ‘It’s No Mistake’ and ‘Sanctuary’.

The backing band left for a few songs during the middle of the performance, as Ryder broke out her guitar and played an acoustic set. She started with a cover of Leonard Cohen’s ‘Sisters of Mercy’ but ended up forgetting some of the lyrics towards the end of the song. She took all this in stride and powered through. This just goes to show how humble is she! Shortly after someone in the audience yelled out a request that she granted as she performed ‘Weak In The Knees’, a track from her 2006 album If Memory Serves You Well. This ballad helped Ryder gain national recognition in 2007. Towards the end of this song, her band came back to add that little something extra to the track.

The performance of ‘Baby Come Back’ was probably the most memorable for me, as Ryder began to rap towards the end of the track – to the surprise of both her band and the audience. She said that this is not something she has ever done live before, but it was a common part of their rehearsals. The fans definitely got a treat that night, as Ryder let loose and showed even more of what she was capable of.

The set ended with ‘Got Your Number’, another track that had the audience dancing and singing along. The fans cheered and chanted for more once the song was over and Ryder and her band had left the stage. Granting their wishes,  Ryder came back to the stage for an encore and performed three more songs. She began with a song she said they had never played live; ‘(You Make Me Feel Like) A Natural Woman’, as a tribute to Aretha Franklin. She then played ‘Fall’ before closing out the night with ‘Electric Love’. According to Ryder’s website, ‘Electric Love’ is “an anthemic pop song [that] marries its catchy hooks with its subject matter, centering on the undeniable connection between two people. It’s an uplifting number infused with the sort of electric energy it discusses.” It was a great choice to end a night that people will be talking about for a while. 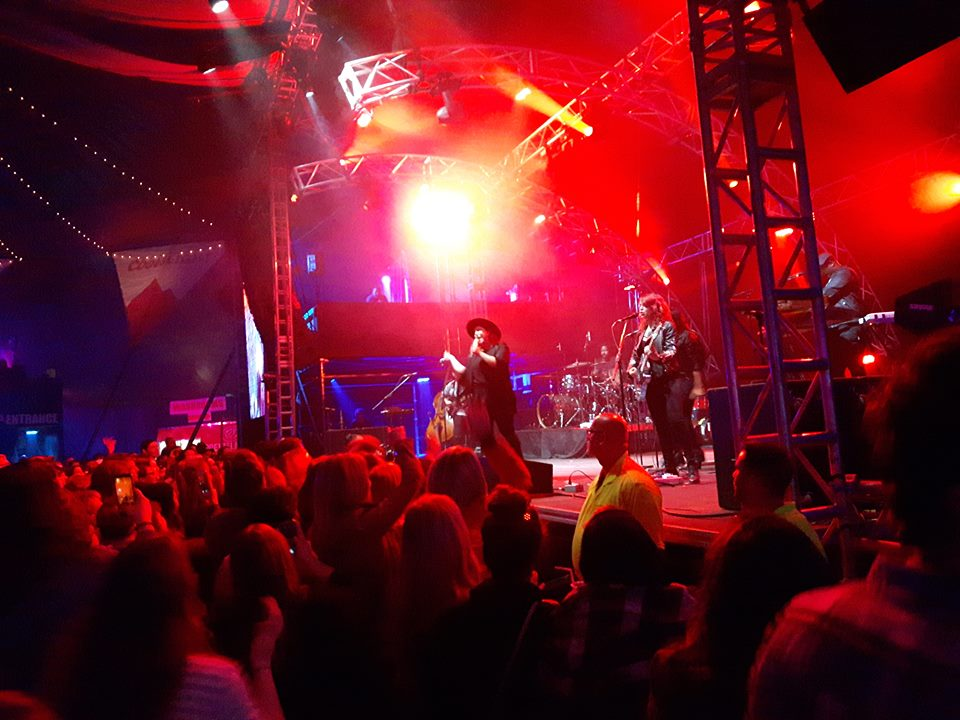 Interested in learning more about these bands/singers, check out their website in the link below:
Rachel Cousins
The Beaches
Serena Ryder