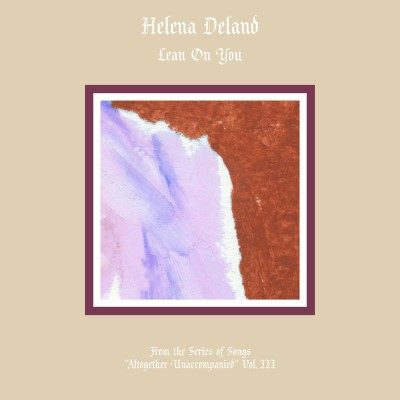 Helena Deland, a singer from Montreal, has recently released a new single from her upcoming collection From The Series of Songs “Altogether Unaccompanied” Vol III and IV, due October 19th of this year. “Lean on You” was released via CBC Music. The album is also available for pre-order here via Luminelle Recordings. Deland is currently on the road with a handful of Canadian and international tour dates.

Tour information can be found here.