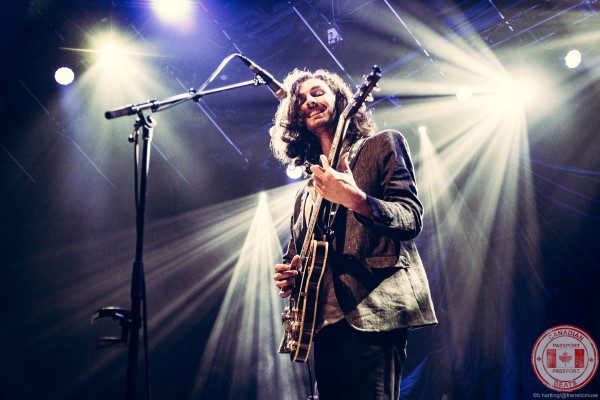 At first glance, the band who took to the stage of the sold-out Rebel Entertainment Complex ahead of Hozier on Wednesday night seemed massive. No less than seven musicians set up across the 65ft stage such that you could almost forget its size. In actual fact, the band proper has only two members: brothers Harry and Alfie Hudson-Taylor, who dropped the hyphen in their surnames to give the band its name. Like the man they’re opening for, the brothers hail from Ireland and play folk, though their take on the genre has more of a country twist, and an energy that takes fewer turns towards the somber. Even at their most melancholic their lyrics have an unshakable optimism that is evident from the first song.

Kicking off the show with “Travellin’” from their March EP Feel It Again, the band had the crowd moving and clapping along before the end of the first song. Over the course of that song, the ensuing performance of “Care” from the 2015 album Singing For Strangers, and the mixture of old and new songs that followed, they and their bandmates showcased a multitude of talents across several instrumental breaks dominated in turns by guitar, harmonica, flute, and violin, though the driving force of the set was their signature harmonies. Those harmonies were best highlighted during an acapella interlude in “Run With Me”, their joined voices reverberating through the sizeable venue with a power that their recorded equivalent could not hope to match. Returning to their instruments and continuing their trend of introducing new ones, their violinist took up a banjo and Alfie swapped his guitar for a tambourine, neither of them suffering any loss of momentum.

The newest addition to their set was “One In A Million”, released last Friday in anticipation of a new mini-album, Bear Creek To Dame Street, due out on Friday, Sep 21. It’s as danceable as the vast majority of their catalogue and carries itself with the same positive energy even as the brother’s sing about a relationship on the way to its end.

They rounded off the nine-song set with the 2015 single “Battles”, which charted at 35 in their homeland. It’s no wonder it’s their biggest commercial success to date; the song swells around a feverishly strummed guitar that propels it forward and lends an urgency to the harmonies that promise: “time will tell if we’re all just cynics on the run.” There was no trace of cynicism to be found in them as they drew their set to a close, though. They transitioned easily from energetic bouncing musicians full of infectious enthusiasm to soft-spoken and gracious young men who seemed genuinely grateful for the opportunities awarded to them and to the crowd who so warmly received them and the energy they brought to the stage. 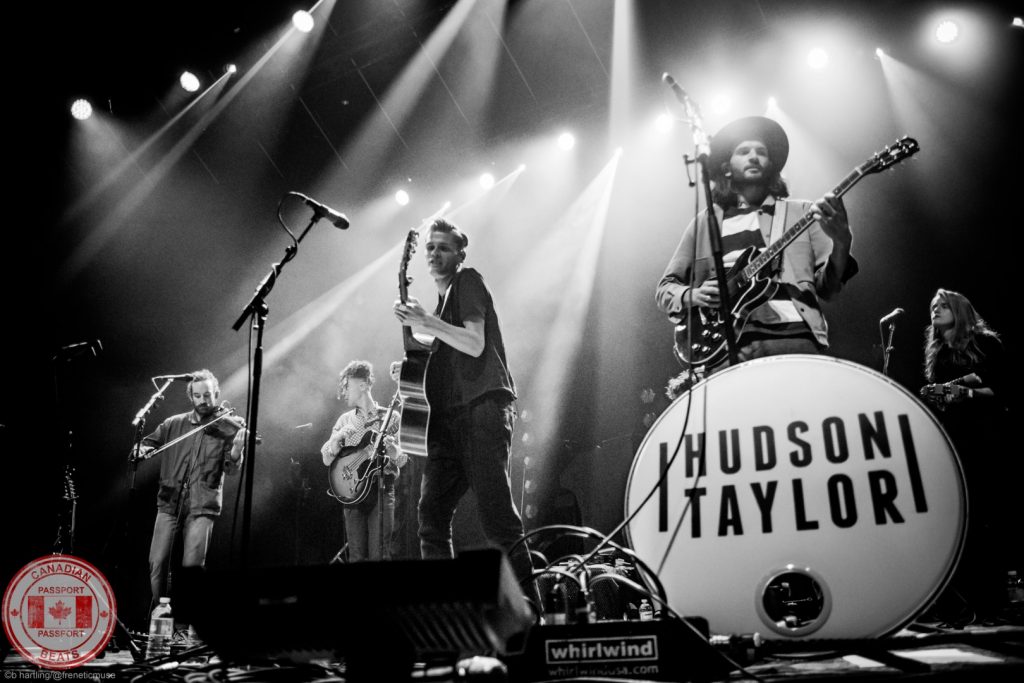 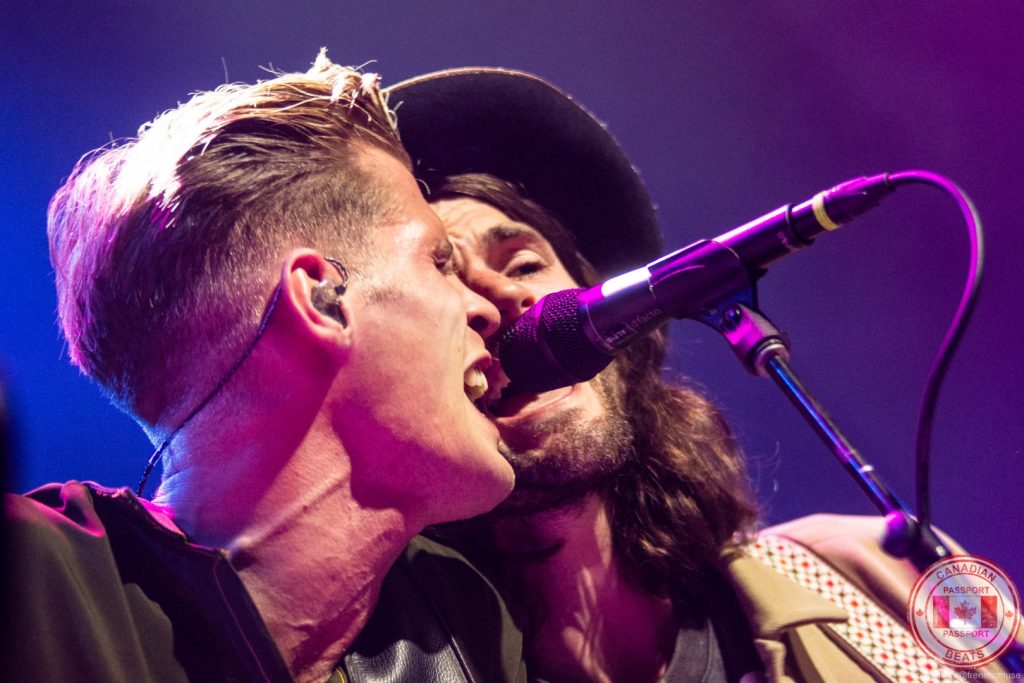 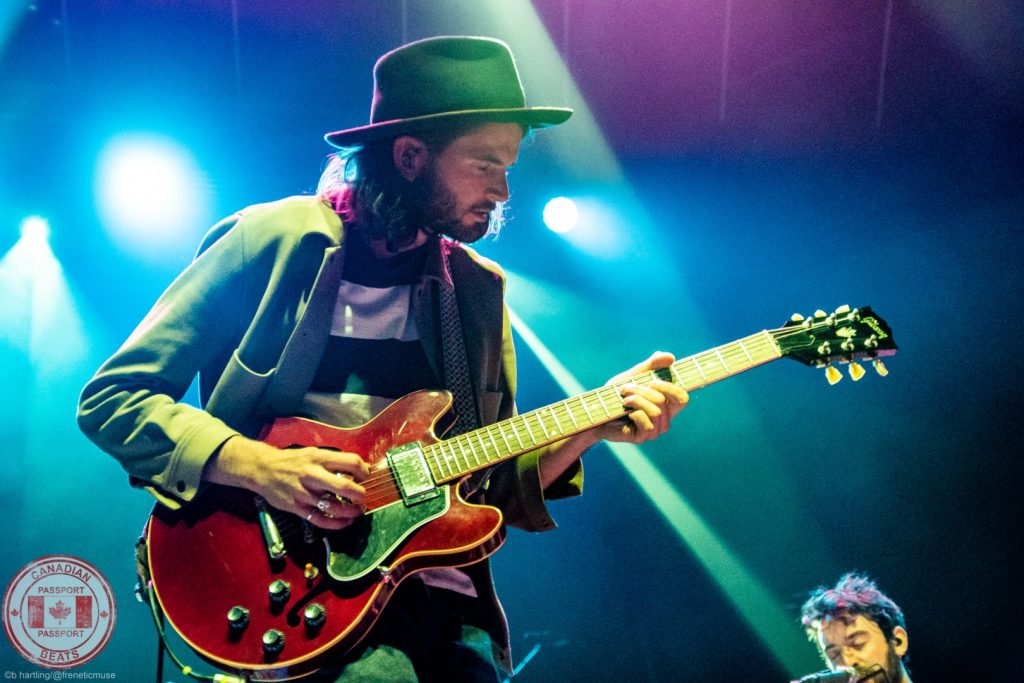 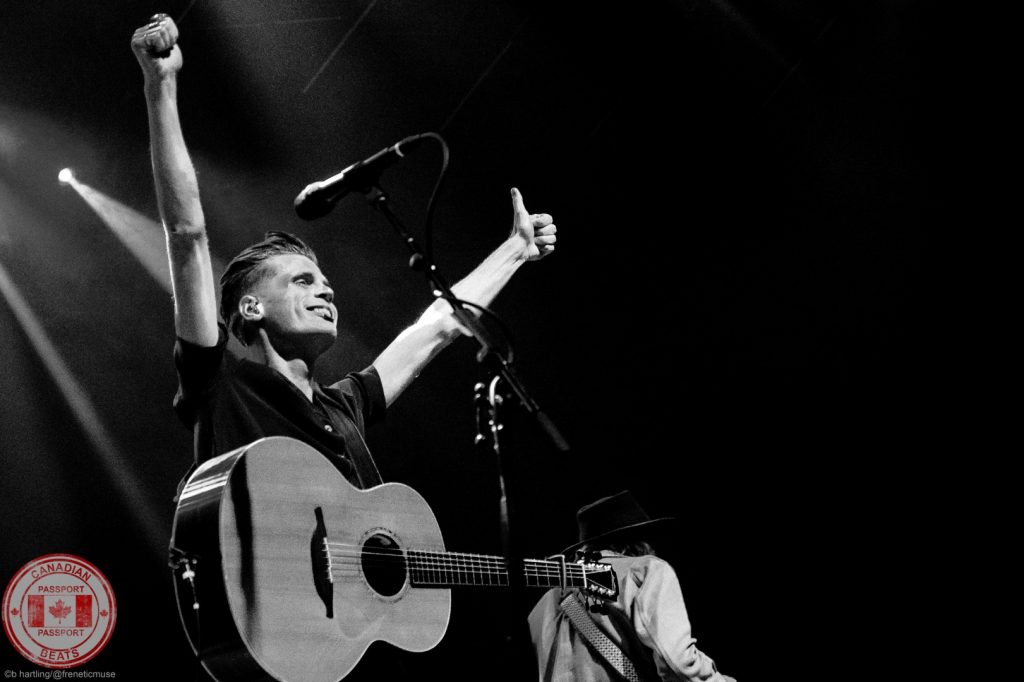 That energy waned only slightly in the following 20 minutes, at the end of which Hozier took the stage to thunderous applause.

It was immediately apparent that Hozier, who performs under only the first half of his own hyphenated surname, had been missed by Torontonians, who have been waiting since 2015 for him to return to a stage in the city. His return coincided with the fourth anniversary of the release of his self-titled debut and was part of an ongoing tour promoting his new EP Nina Cried Power. The title track is an ode to the power of protest music and namedrops a host of well-known musicians the likes of Nina Simone, Billie Holiday, and Mavis Staples who features on the album version of the track.

Her role in the song is vital, but the gaps she left were easily smoothed over by a host of skilled musicians that exceeded even the last act in number, as well as by the leading man himself, who proved, as he swayed with the mic and belted the words with the perfect confidence of a man truly at home on a stage, that he has evolved as a performer in his time away from the spotlight. He continued to prove as much as he donned a guitar and joined in on the rhythm laid out by the bass, before leading a chorus of back up singers into one final grand reprise.

Having made an undeniable impression with the new song, the singer dipped into his back catalogue, playing fan favourites “Jackie and Wilson” and “From Eden”, the excitement of the crowd reaching a fever pitch as he followed them with “Angel Of Small Death” and the “Codeine Scene”, another fine example of a song who’s sturdy album counterpart has been refined and given new presence in the live rendition.

The lowlight lent a sense of intimacy to the massive room as he performed the darkly sensual new song NFWMB, followed by the soft, delicate finger plucking of “Cherry Wine”, which despite its dark subject matter sent countless couples into worlds of their own, clinging, kissing, and swaying softly. Continuing the acoustic trend, he introduced his next song simply as a song named for a bird, demonstrating the loyalty of his fans when that was all he had to say to elicit massive applause. “A very popular bird it seems,” he remarked with a laugh, before launching into his new song “Shrike” a ballad that has his Irish heritage bled into every note of as it showcased the dynamic power of his voice with very little instrumentation behind it, shifting through the vulnerable openness of the song from raw power to delicacy and back.

The pace picked back up as he gave the audience a taste of something bluesier with “Arsonist’s Lullaby” and the last of the new EP tracks, “Moment’s Silence (Common Tongue)” which was carried by steady handclaps and a grooving baseline into a full-bodied rock song that revisits some of the themes that he is best known for without sounding recycled. The intro to “Someone New” was easy to mistake for a new song altogether as they’ve taken it a step away from the album to a space where the musicians can both shine and clearly enjoy themselves as they breathe new life into a song that was not lacking.

His penultimate song, an unreleased track called “Movement” was introduced as his “favourite from the upcoming album.” He set aside his trademark guitar for the entirety of it, but the song wasn’t lacking for it as he crooned over sultry bass and sparingly laid keys, backed by waves of harmonies. The elements that comprise the song are familiar but used to both new and fuller effect, arriving at a sound that is unlike any in his catalogue while still sounding unmistakably like it belongs there.

Finally, what many considered the long-awaited moment arrived. Out on the patio someone held the door wide to let the opening notes flood the outside world and they screamed: “He’s playing “Take Me To Church”.” It was the song that first launched him to fame in 2014 and all the smokers and stragglers made a mad dash for the door to be a part of it. There was not a soul inside Rebel, it seemed, who did not know the words, though even outside of one of his concerts you would still be hard pressed to find someone without a general familiarity with the song. Even among those who found it overplayed during its extended stay in the charts, it would be a struggle to find someone completely unaffected as over 3000 lent their voices to the anthemic rock song.

The stage had barely cleared before the cheers of “Encore!” began and Hozier and his band soon returned to the stage to deliver two last songs, quieting the room with “Like Real People Do” before ending the show with his mid-tempo 2015 single “Work Song”.

It’s no wonder his fans have welcomed him back so wholeheartedly despite only having a handful of new songs to promote. Many of the old songs have been reinvigorated, given a touch of refinement here, a flourish there, marking sure signs of growth that are confirmed and further explored in his newer work. If he continues to create intellectual and evocative songs that further flesh out the framework of blues, soul, and folk rock he works inside of, then his fans will remain happy to hear from him and will no doubt continue to grow in number. Truth be told, with the care he puts into his songs, he could probably write another Take Me To Church if he really felt like it, though I suspect that is not what he wants. The impression he made on Wednesday night was not that of a man with a mind for simple formulaic repetition but of an artist engaged in growth and forward motion, eager to return to the stage and ready once more to lead us all to some new and untold place of worship. 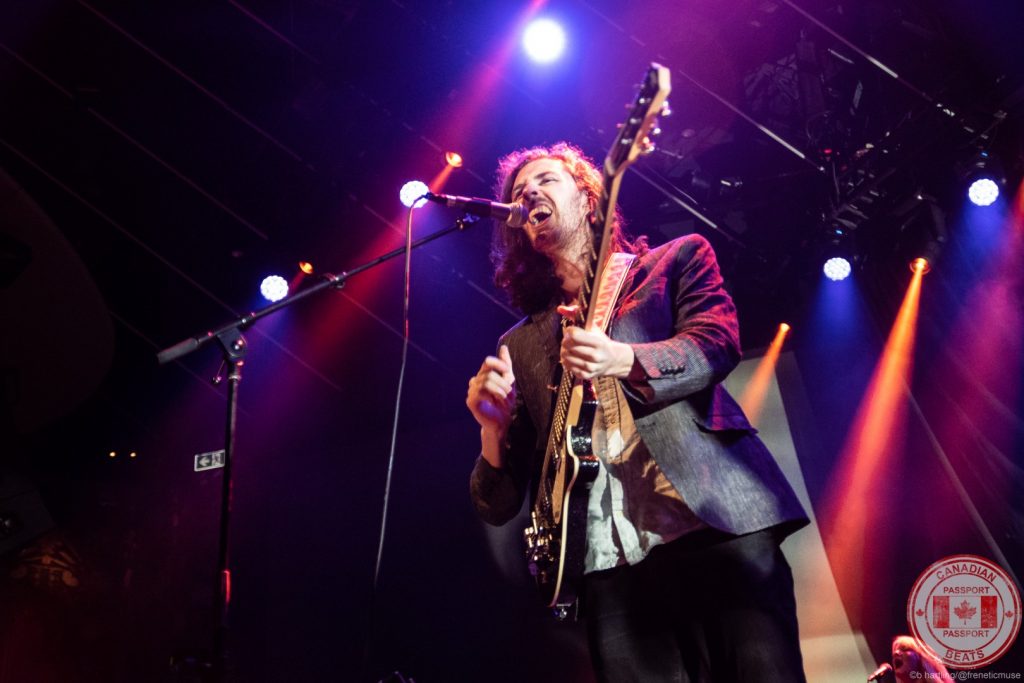 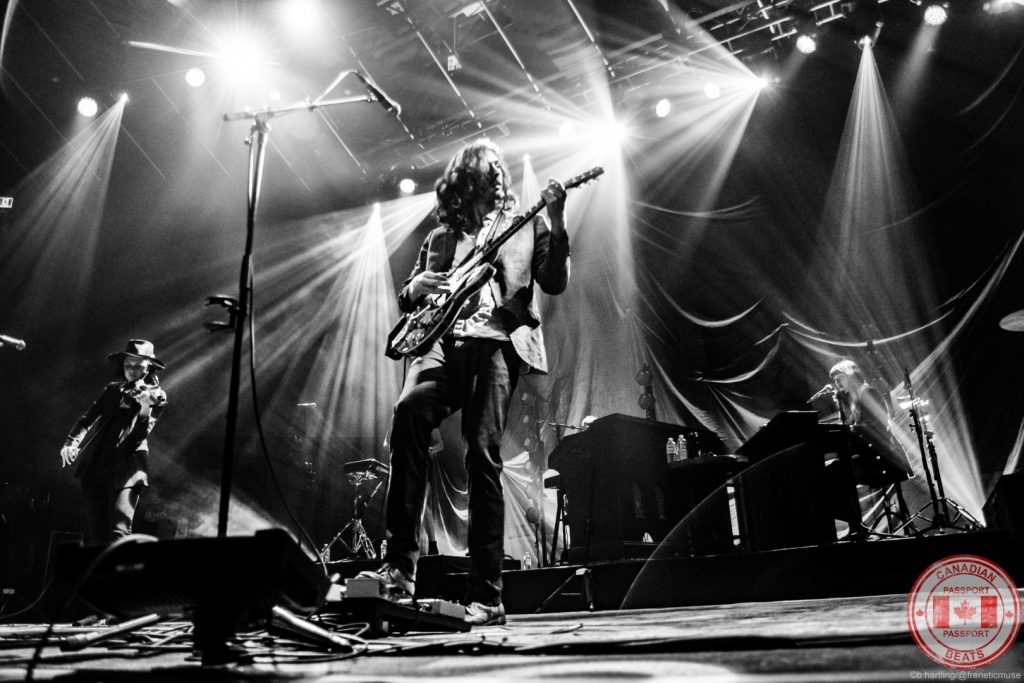 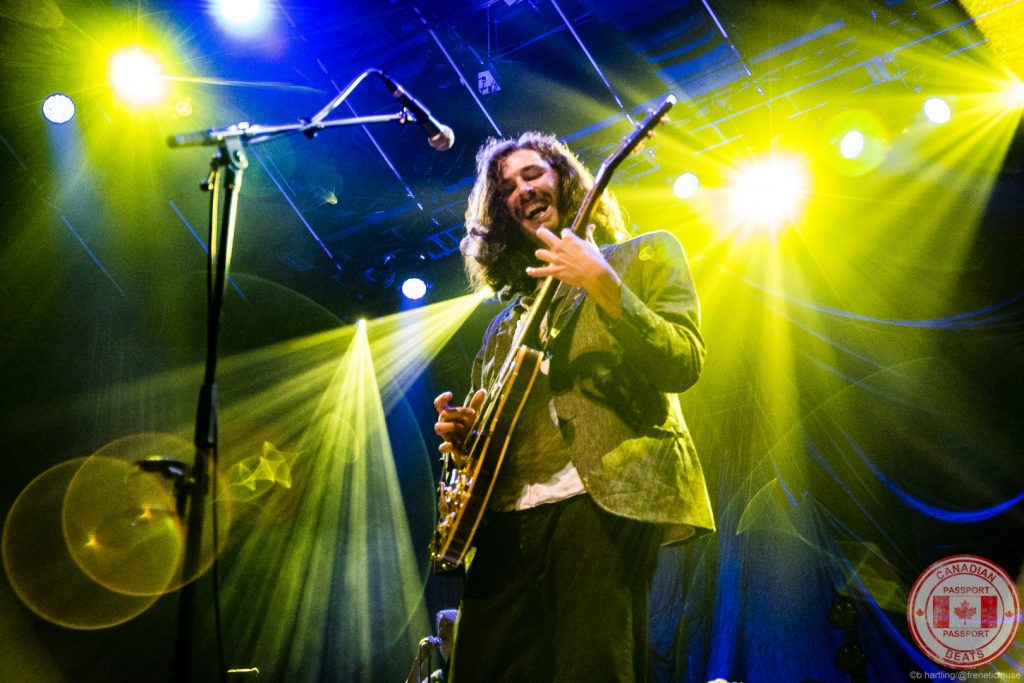 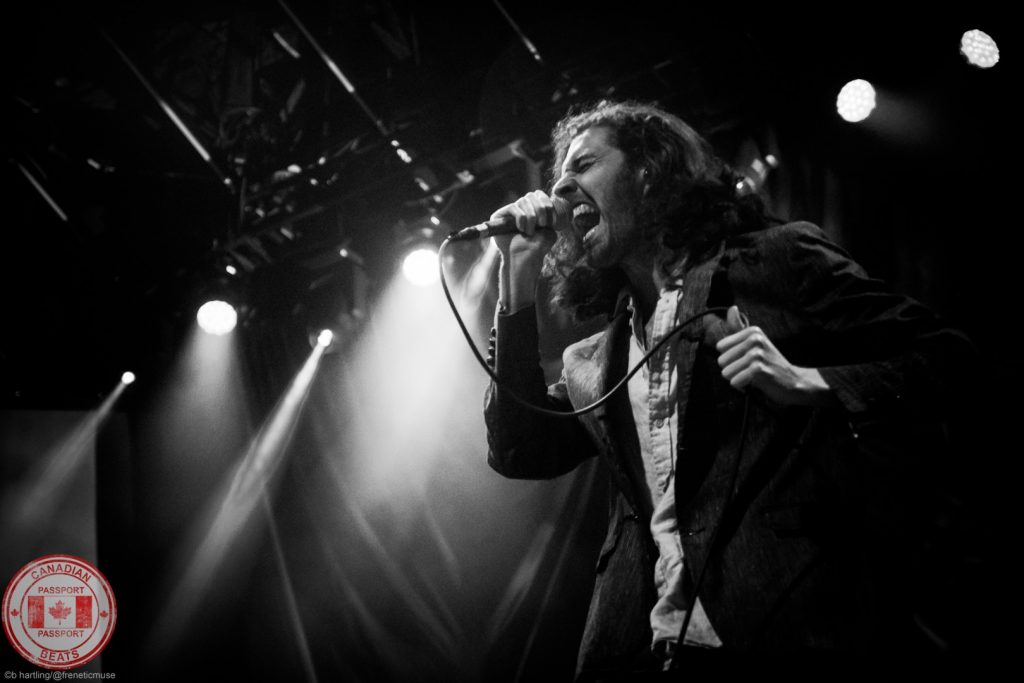 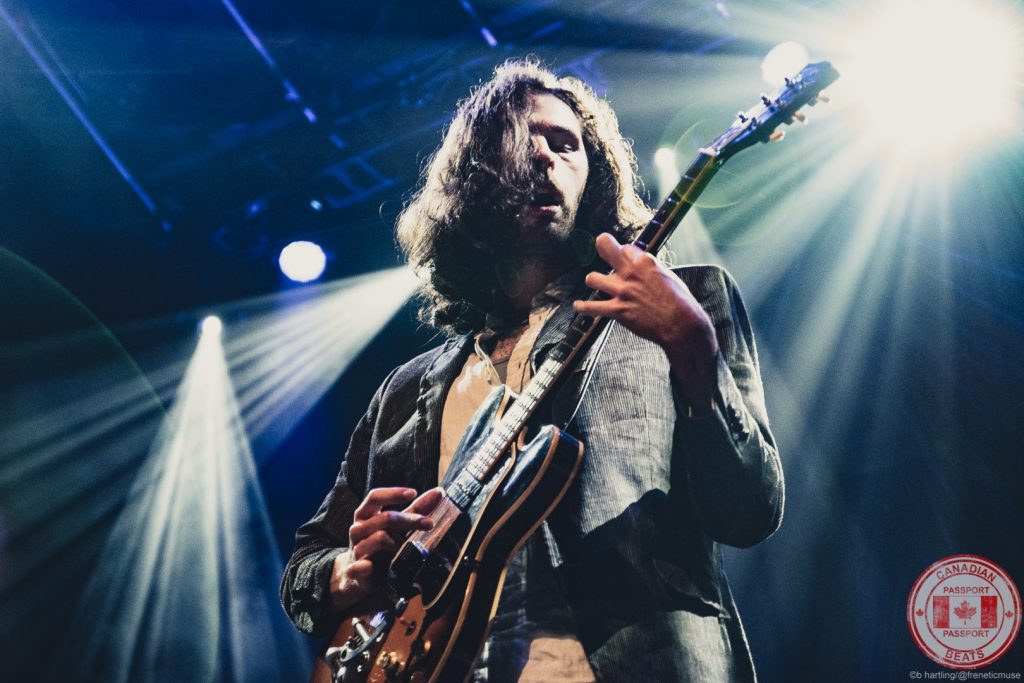 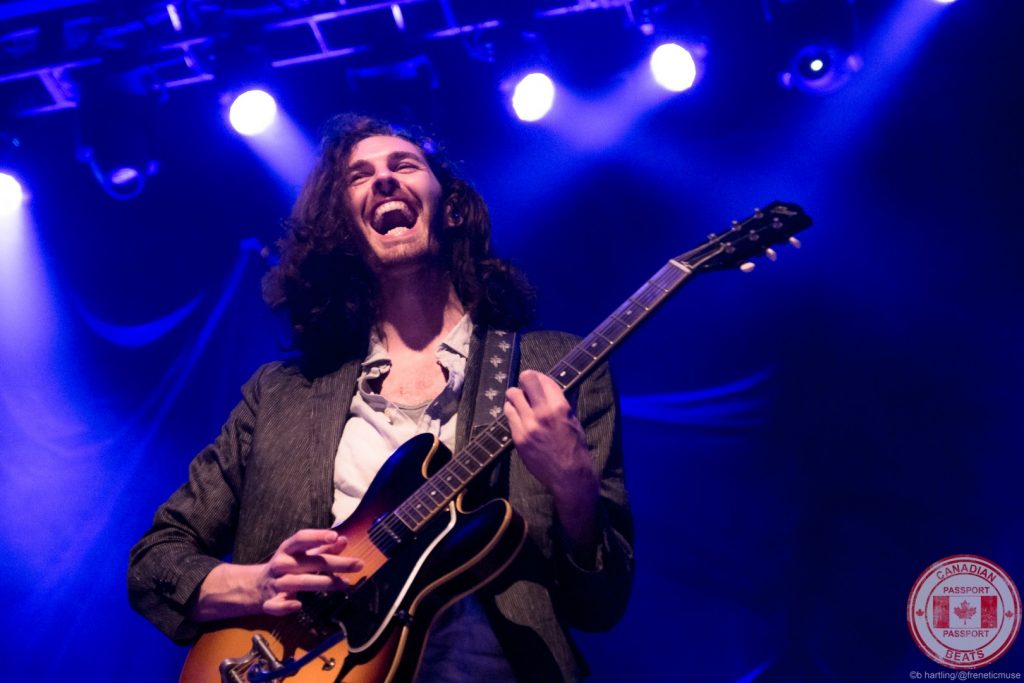