The night began with “Darlin’ You”, a track that ensured the audience they were in for a great night of rock music as they began to flock to the stage area. Tracks such as “Body’s Broken” aided in solidifying this assumption.

Rock n Roll was not the only genre on their agenda for the night, as they played “Same Old Boy”. Channelling their rock vibe, this track seemed to have the addition of a blues inspiration to it. Tracks such as “Defenceless”, showed the audience a softer, more soulful side of the band.

Mick Davis & Thin Love ended their set with “Turn It All Around”. Davis told the audience that this track was the most important of the evening as he began the song. The audience participation as the music became more stripped down was a memorable way to end their set, as the audience sang and clapped along. This ending also highlighted the awesome vocal harmonies from the band.

Mick Davis & Thin Love had an incredible performance. This soulful sounding rock n roll trio (with their massive sound) is not one to be missed. This only hyped up the audience for what was yet to come. 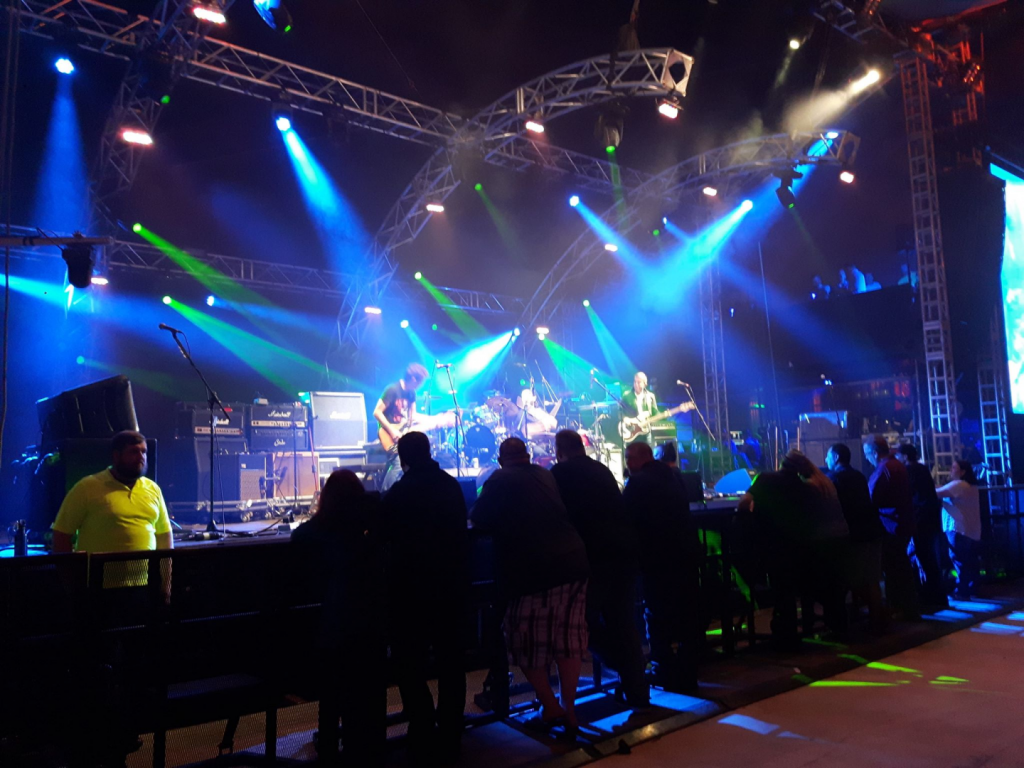 Next up was 54-40. This band is no stranger to Canadians, with a description of the band from their website summing it up nicely: “Vancouver’s 54-40 are post-punk icons from the early 80’s with a catalogue of hits that span 30 years occupying the airways to this day and no sign of stopping!” Current 54-40 members are Neil Osbourne (vocals, guitar), Brad Merri (bass), Matt Johnson (drums) and Dave Genn (guitar).

Before coming on stage, some suspenseful sounding music began to play as the lights dimmed. This helped to set the mood and cause the audience to cheer as they knew what was coming next. The band began with ‘Assoholic’, a track that got the audience pumped for what they knew would be a great set, allowing many of the patrons to reminisce of the days when the music was released.

The band played some of their earlier singles such as “Baby Ran”, a tune that attracted attention from college radio airplay, and “One Day in Your Life”, a hit track from their third album that lead to their breakthrough in Canada.

54-40 continued on to play hits such as “Nice to Luv You”, “Radio Love Song” and “She La”, that even those who could not pinpoint what 54-40 songs they know would remember. Many of their hits are ones that we’ve heard time and time again, and even sang along to, but may not realize who they were.

One of the things that stood out was their stage presence. You could definitely tell that they were veterans of the music scene through their tight performance and ability to engage the audience. This was evident through their performance of ‘I Go Blind’. They started the song with a lone acoustic guitar. After singing the lyrics ‘Every time I look at you I go blind’, cheers erupted from the audience and they began to sing along to the song. During “Casual Viewin’”, the audience had a little sing along in the middle of the track, after listening to Osbourne tell the audience that we need to ensure that we have two things; spirit and soul.

54-40 ended with ‘Ocean Pearl, another track that engaged the audience and let us feel like we were a part of the show. Extra emphasis was placed on the bassist during a part of this track as he played a riff and the audience would sing a line to the song. This definitely left the audience wanting more, as their memorable set came to an end. The audience cheered as they finished, making sure to show 54-40 just how much their music has made an impact. 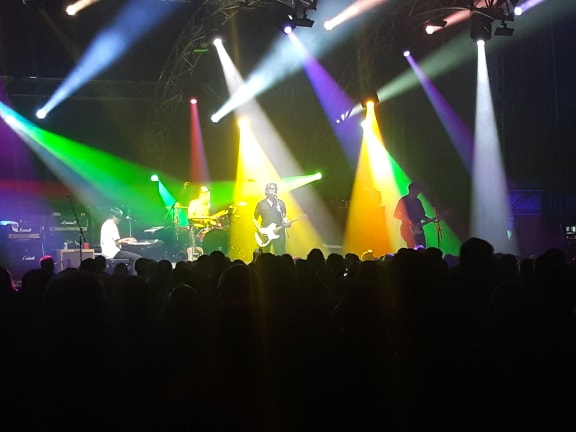 Ending off the night was Big Wreck, a Canadian-American rock band composed of Ian Thornley (lead vocals, lead guitar), Brian Doherty (rhythm guitar), Dave McMillan (bass) and Chuck Keeping (Chuck Keeping). Unfortunately, during this performance, they were playing as a trio, as Doherty was unable to attend. However, this did not stop the guys from delivering a solid rock show during what Thornley said was their first performance in Newfoundland as Big Wreck (some of the members played here a while back as the band Thornley).

Similar to the entrance of 54-40, the lights dimmed and music began to play to alert the audience that the last act of the night was about to begin. Big Wreck entered the stage to cheering fans and went right into “Look What I Found”. Next, they played “That Song”, which caused the patrons to erupt in cheers. Whenever you ask someone to name a Big Wreck song, this is surely one of the first that they will name.

Another fan favourite was “Albatross”, one of the first songs released after a ten-year hiatus and change in band members in ten years. This song was definitely a crowd pleaser as they began to cheer during the opening notes. This song had a more laid-back vibe than some of the others played during their set, yet it was a stand out for me.

During tracks such as “Blown Wide Open” and “Ghosts”, the band went on wild, soaring, extended guitar solo breaks and added drum solos to aid in painting soundscapes for the audience. This kept the audience focused and engaged, without the band even having to try.

They ended their set with “The Oaf (My Luck Is Wasted)”, a track from their debut album that reached the top ten on the Billboard Mainstream Rock Chart in early 1998. This solid rock tune kept the audience wanting more.

As usual, the band left the stage for a bit before returning for an encore where they played “Come Again”, the perfect track to showcase their talents and leaving the crowd longing for their next visit to Newfoundland. 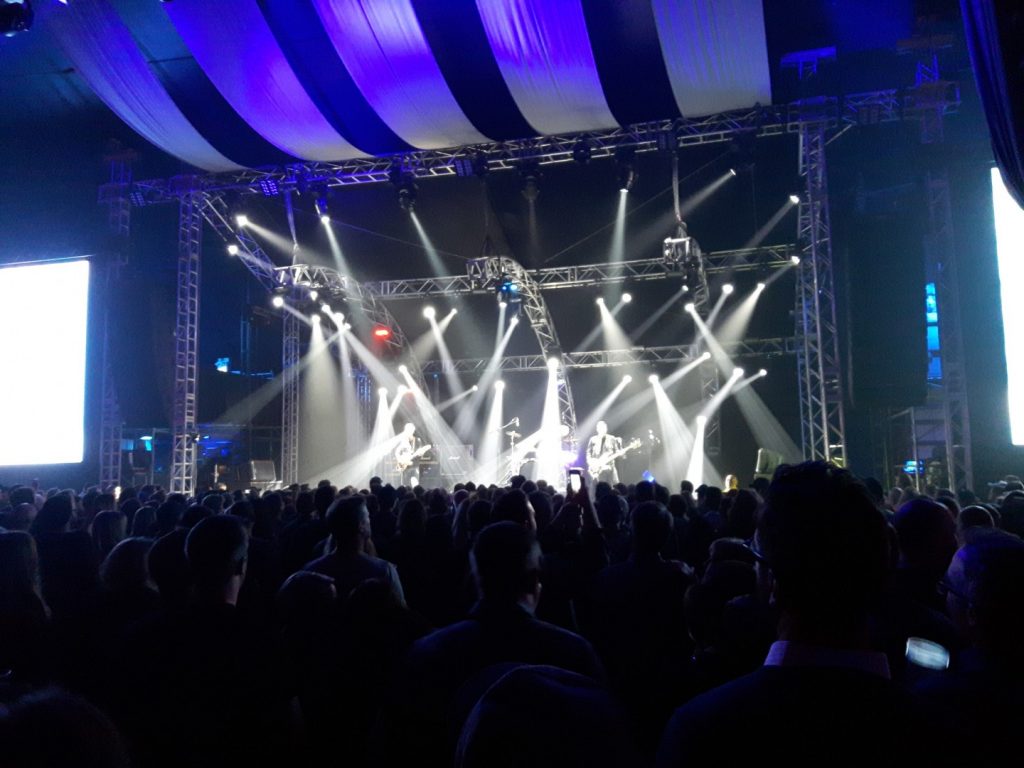 Night two was pretty awesome. It set the bar high for the rest of the nights. I’m excited to see what is coming next.