PREMIERE – S.K Wellington unveils Where The Earth Meets The Sea 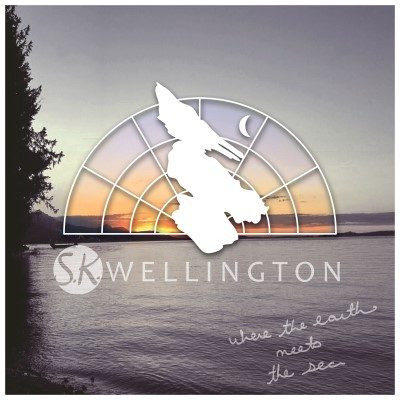 Calgary, AB-based indie-folk-rock artist, S.K. Wellington has given us the opportunity to unveil her debut EP, Where The Earth Meets The Sea. The EP may only be 4 tracks, but it is certainly worth your time. Featuring the tight rhythm section of Juno-award winning The Bros Landreth, as well as multi-award-winning musicians Murray Pulver on guitar and Mike Little, who also produced the album, on keys.

The second track, “Good Things” is the track that immediately caught my attention. The lyrics, vocals and beat all work together to pull in the listener. The next track, “Moments Bliss” keeps the listener enthralled, which makes it clear why it was the first single she released from the EP. The music is upbeat and strong, whereas the lyrics tell a story, and isn’t that what makes a great track?

Check out the album stream below, and find out more about S.K. Wellington in our Five Questions With segment.

I’m Sarah, aka S.K. Wellington. I write indie/folk/rock songs and am based out of Calgary, AB. I was formerly the lead of The Wellington Folk (2011-2018) but decided to step out more independently this year and re-brand to S.K. Wellington.

It’s been said that my music is a mix of folk, pop, indie, and rock. I suppose that’s a good summary of the fusion I represent. Really I just like to write songs and I don’t put a whole lot of thought into the genre. I write primarily to tell stories (others and my own) and to continuously challenge myself as a musician and a writer. This EP was written to chronicle the journey of recovery from an intense period of creative burnout.

The next show is the EP release party on Thursday, September 20th at the Ironwood Stage and Grill in Calgary. I am most often found performing with a four or five piece band. Our live performance is a mix of energetic and vulnerable. There are light-hearted, danceable songs and then there are also songs that can connect with folks on a deeper level and create moments and opportunities for relatability and reflection. Attending a show will give you a chance to experience the music and feelings in an organic way that can’t always be captured in a recording.

I’d suggest “Moments Bliss”. It’s my favourite tune off of this debut EP. The feel of the song perfectly captured the experience of writing it. It was also the first single I released.

That’s why I love Canadian Beats! Current faves… I never tire of Tim Baker (Hey Rosetta). I so admire him as a writer and as a performer. Seeing him in an intimate solo show this year was a real highlight for me. Kathleen Edwards, Donovan Woods… I also love Mike Edel, Freedom Baby and Arcadian Suns.