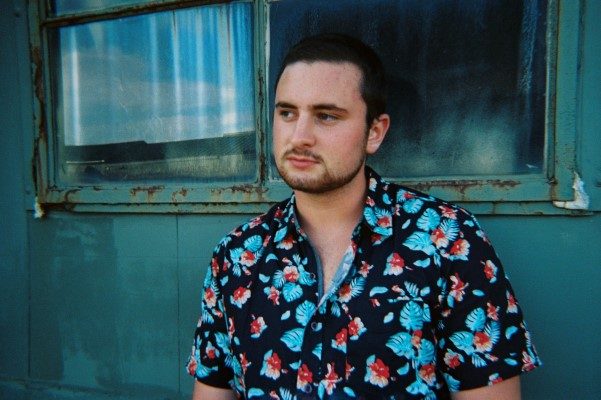 21-year-old Nova Scotia-based artist, Mitchell Bailey released his new 5-track EP, Season One on September 6. This release is the initial instalment of a series of projects to be released throughout the coming months focused around the music video snippets that Mitchell has been posting onto his social media platforms. We had a chat with Mitchell about the EP and what he’s been up to since we last spoke.

Care to give us a little update since the last time we spoke?

Most definitely! Since “Last Time Introducing Myself” released back in July of 2017, I’ve performed at some festivals including POP Montreal & most recently the East Coast Music Awards Hip-Hop stage, where my album was also nominated for “Hip-Hop Album of the Year” which was pretty cool. I’ve been working relentlessly on producing new music throughout the Summer with my producer Sean Lewis, along with attending the Gordie Sampson Songwriting Camp back in July, where I got to collaborate with some of the most talented people on the East Coast & make some of my favourite music to date. Along with releasing tons of videos, we’ve been working on some big opportunities behind the scenes as well. It’s exciting times.

Tell us a bit about the musical direction & style approaching this new “Season One” project.

I’ve just had so much music in the vault that I thought it was necessary to do something with it. I initially started shooting 1-minute snippet videos specifically for Instagram & Facebook with my video director Brendan Lyle (MooseCanFly), graphic-designer Mitchell Turner & my younger brother Aidan. I started understanding what kind of sound my audience preferred from me by comparing the video views & shares with each other & began deciding which records I was going to include on this new EP from those statistics. Instead of just taking a wild guess & picking 5 records at random, I gave my audience a taste of what they could be hearing from me & used that feedback to organize the track-list. This is also cohesively my most personal project to date, in my opinion anyway. But maybe I’m slightly biased because it’s brand new, guess you’ll have to listen & find out for yourself!

If you were to suggest only one of your songs off this new EP for someone to hear, which would it be?

“737” seems to be the most popular song thus far. That also gathered the highest amount of views on social media when I released the snippet earlier in August. “Open Book” featuring singer-songwriter Jodi Guthro is also a favourite of mine, which is currently starting to receive some radio-play on CBC & 101.9 The Giant, & seems to be the most radio-appealing track out of the 5 records. “6 Million Ways 2 Die” is seeming to be hitting home with a lot of people too, a track that definitely serves as my most personal out of everything else. I guess I just recommended three. Whoops.

I’ll be performing alongside Neon Dreams & Jodi Guthro at the Marquee Ballroom on October 12th in Halifax, which I’m definitely excited for! I’m also working on organizing a few big festival performances south of the border towards the end of this year & early 2019, which I’ll be announcing soon. Definitely will be scheduling some shows on the East Coast too. I’ll let you all know! You guys should come out.

What do you have coming next?

Well, this new EP is titled “Season One”, therefore… there’s gotta be a sequel, right? So who knows, maybe there’ll be a “Season Two” before the year closes out. Thought I’d end this on a suspenseful note. Stay tuned!