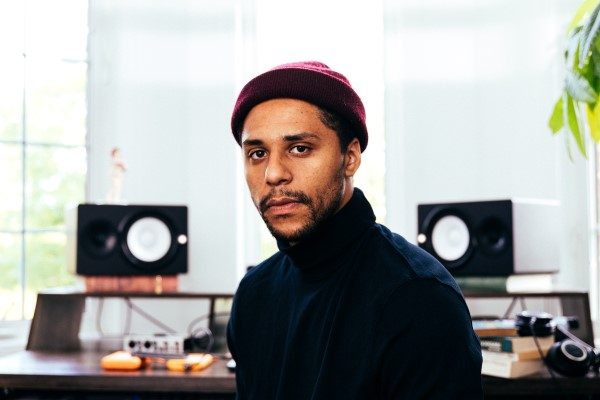 Juno nominated recording artist Harrison returns with a new video for his second single “Atmosphere” off his forthcoming album Apricity, which is set for release October 12 via Last Gang Records. The song features fellow Canadian artist Daniela Andrade, who brings ethereal vocals to Harrison’s smooth production. The video itself was directed by Toronto’s very own Justin Singer, whom previously directed the video for the previous album’s title track “Checkpoint Titanium“.

“This video was definitely an exercise in casting. I had this weird idea, but it wouldn’t have worked without our lead, Xylk. His energy was exactly what the role called for. The idea was meant to play off our weird and wonderful imaginations,” says Singer of the treatment. “Sometimes things aren’t always as they seem. There’s an energy following the character and only until he accepts it, is he able to interact with it. I made the instrumental a year prior but was unfinished. It was the first song we worked on together for this album. Daniela came up with the hook really quickly. Nothing was re-written. Probably came up with the lyrics in a half hour. Daniela’s vocals are mixed well into the track. They don’t sit up front. Fits the song perfectly.” says Harrison.

Related ItemsApricityAtmosphereCheckpoint TitaniumDaniela AndradeHarrisonIndoor RecessLast Gang Records
← Previous Story Weekly Beat Down: September 17, 2018 – September 23, 2018
Next Story → Gord Bamford accomplishes what many hope to do with two #1 hits now under his belt and a #1 hit in Australia