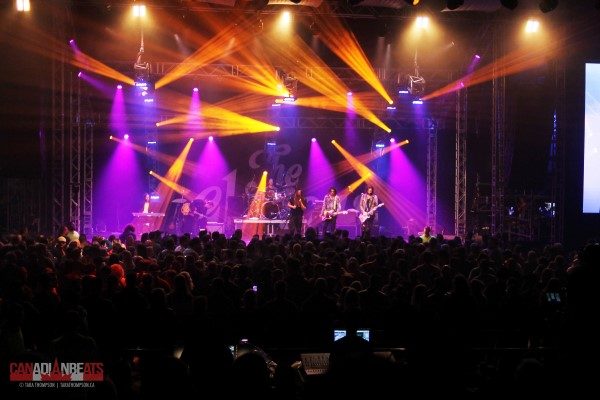 On Wednesday, September 12th parts of Newfoundland experienced a record-breaking rainfall (complete with flash flooding), remnants from Hurricane Gordon. However, that did not stop music fans from making their way to the Iceberg Alley Performance Tent opening night.

The Iceberg Alley Performance Tent began its run in September 2017. Before the event was even brought to a close, we knew that this would not be the only one and talks were already being had to find some great acts to complete a second run.

For those of you wondering what the Iceberg Alley Performance Tent is, well it is exactly what the name says – a big tent. According to their website, “the Iceberg Alley Performance Tent is an eleven-day festival created to showcase the unique culture, traditions and heritage of Newfoundland and Labrador alongside nationally and internationally acclaimed entertainment. Music performances of all genres are being held under a 25,000 square foot ‘big top’ tent in the culturally historic area within the City of St. John’s known as Pleasantville, on the banks of Quidi Vidi Lake.” Inside the tent, you find places to purchase beverages, a candy bar, some local vendors (Soul Azteka, Saucy Mouth, etc), excellent seating, and some pretty awesome retro arcade machines (pinball anyone?!).

The night began with Jill Porter.  According to her bio, “the Burgeo-born rocker has the lyrical cheek of Courtney Love with the graceful rasp and vocal delivery of Stevie Nicks.” She had a pretty flawless performance. One of the first things we noticed was her confidence shining through as she captivated the audience.

Porter began the night with “Down Here Tonite”, a solid tune that showcased her talents perfectly. From that moment the audience was hooked. Tracks from her debut album, such as “You Made Yourself Clear” and “Win Me Back”, kept the audience moving.  ‘I’ll Be Fine’ was a stand out for me. Unlike many of the other tracks filled with excitement and anticipation that kept the audience moving along, this one was a bit slower and filled with emotion. It set the tone for a more relaxed atmosphere as Porter sings the lyrics “I’ll be fine” numerous times, almost as if she is reassuring the audience that no matter what one has to go through, things will be alright. One thing I can say for sure, those who did not come early enough to catch her set missed out on a great one! 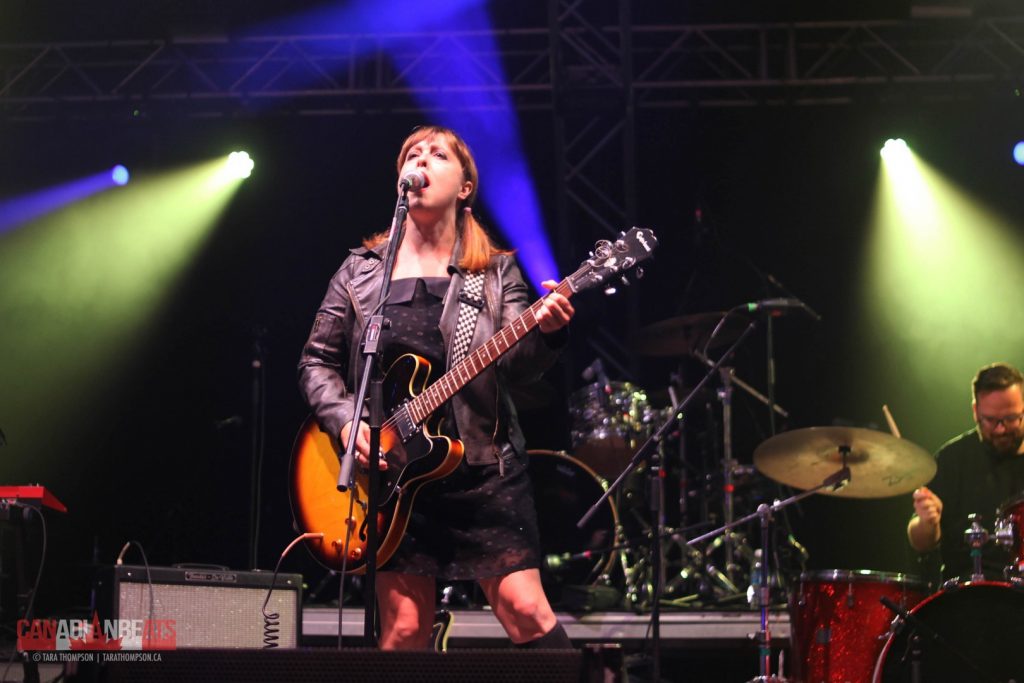 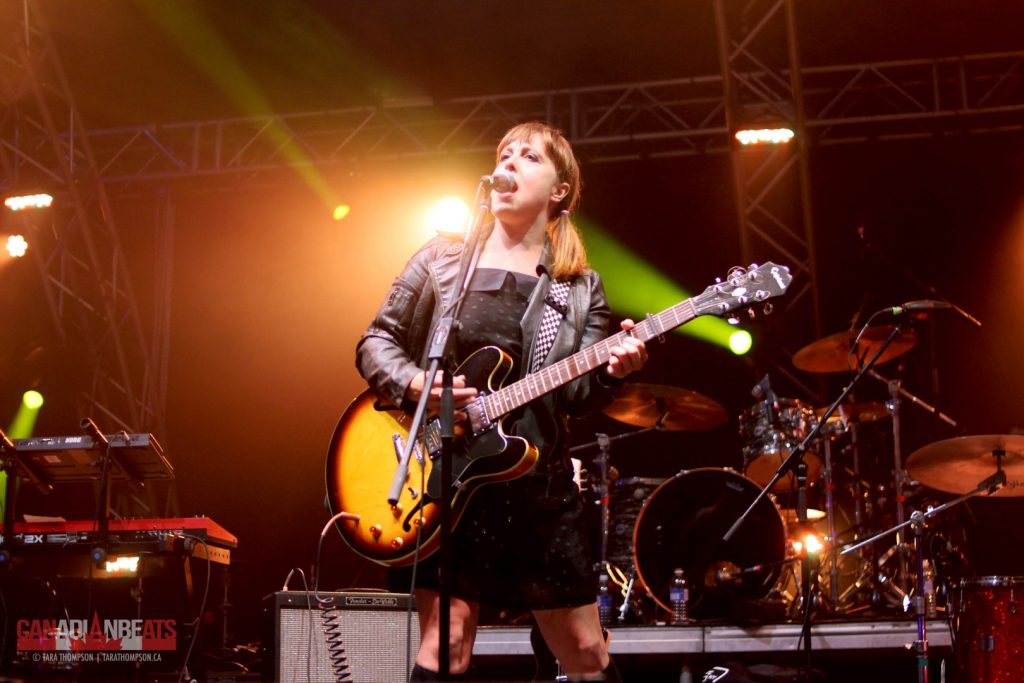 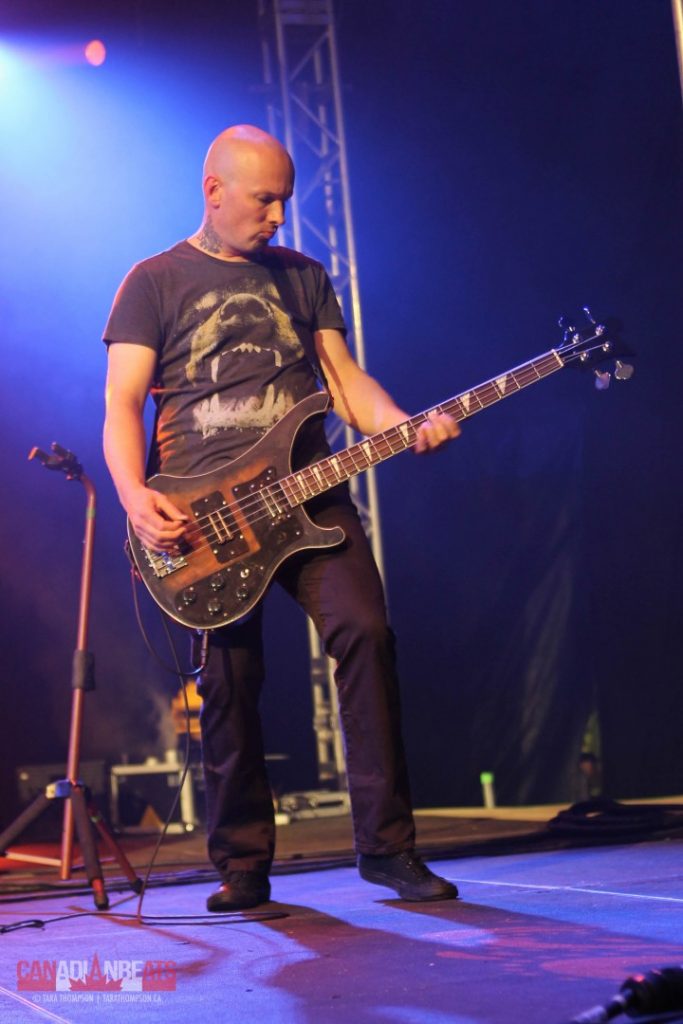 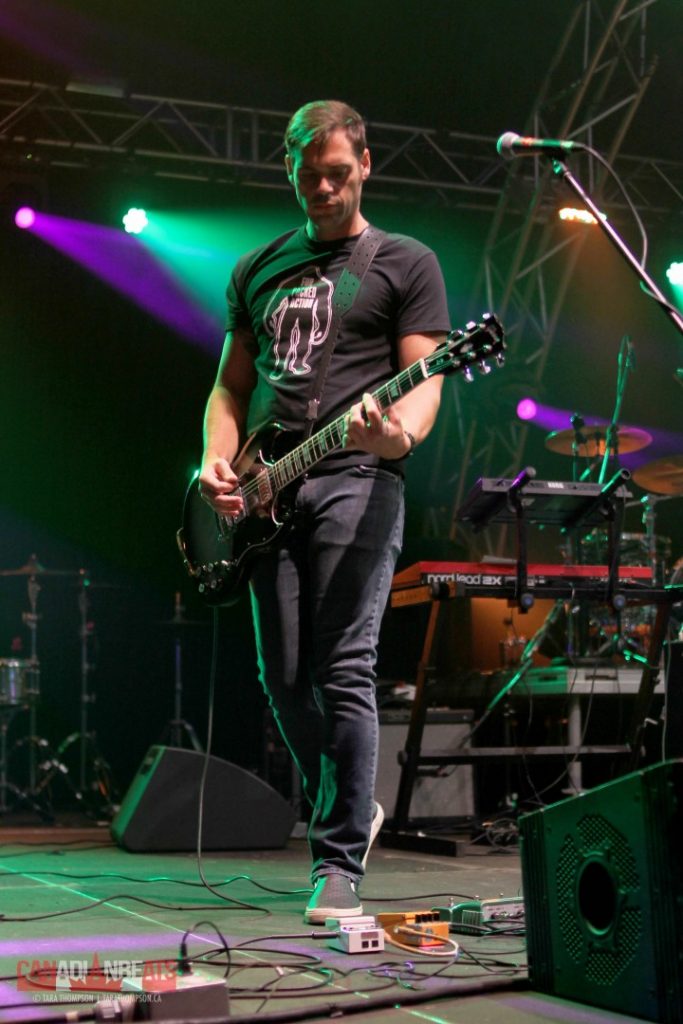 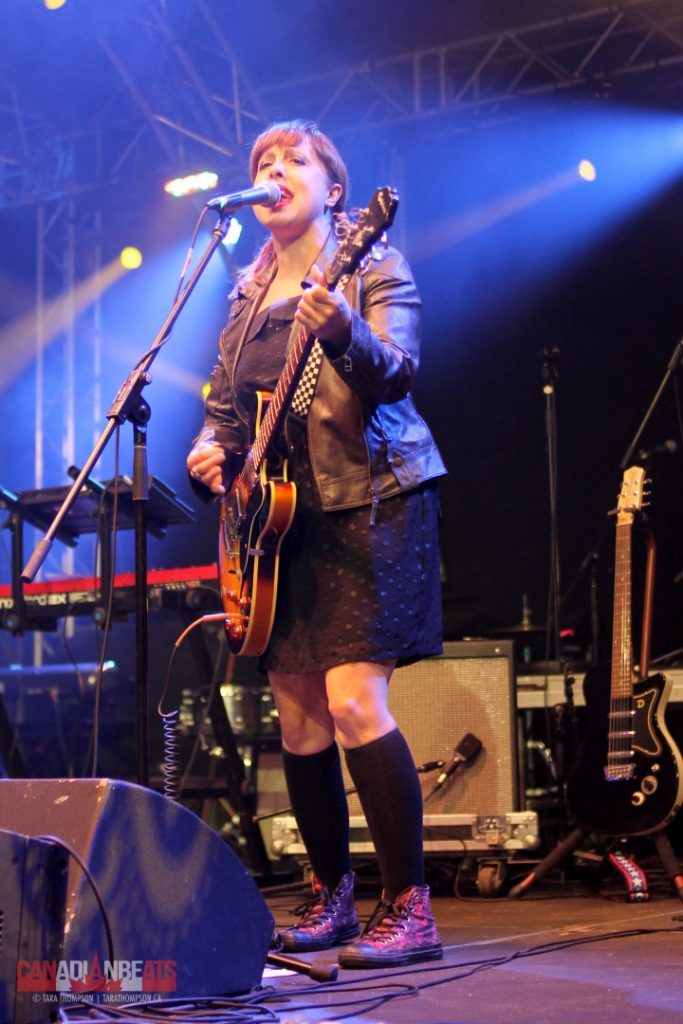 Fake Shark was second on the list for the night. I’ve seen the name floating around in cyberspace in the past but never really listened to the band. When they came on stage I had no idea what to expect but by the end of their set, I could safely say I wasn’t disappointed.

Fake Shark, hailing from Vancouver, is composed of Kevvy Maher, Louis Wu, Tony Dallas, Alex Glassford, and Jake Fox. According to their bio, “the members of Fake Shark have long been known for their singular style and feverish, wide-eyed abandon. With this latest step in their career, they’ve learned to harness that anything-goes energy in order to deliver the catchiest songs possible.”

The band opened with a tune that got everyone moving and hyped for what was to come. “Heart 2 Heart”, a track that made its way to the Billboard charts, allowed fans to sing along to a familiar tune. The band made sure to bring a little something for their fans, both new and old, with tracks such as “Paint It Gold” (from their days as Fake Shark – Real Zombie)  to “Feel Alive” (their current single).

One of my favourite parts of the night was when the band broke out into “No Scrubs”, a hit from TLC in the 90’s. It was great to see how they could use their creativity to incorporate different songs into a medley.  The final song of their set, “Cheap Thrills”, left their fans wanting more.

One thing I can say for certain is that Fake Shark definitely put off a great stage show. The way they interacted with the audience kept us on our toes. Their energy is amazing. We were all captivated by the bass player and his funky moves throughout the show. I’m definitely interested in hearing more. 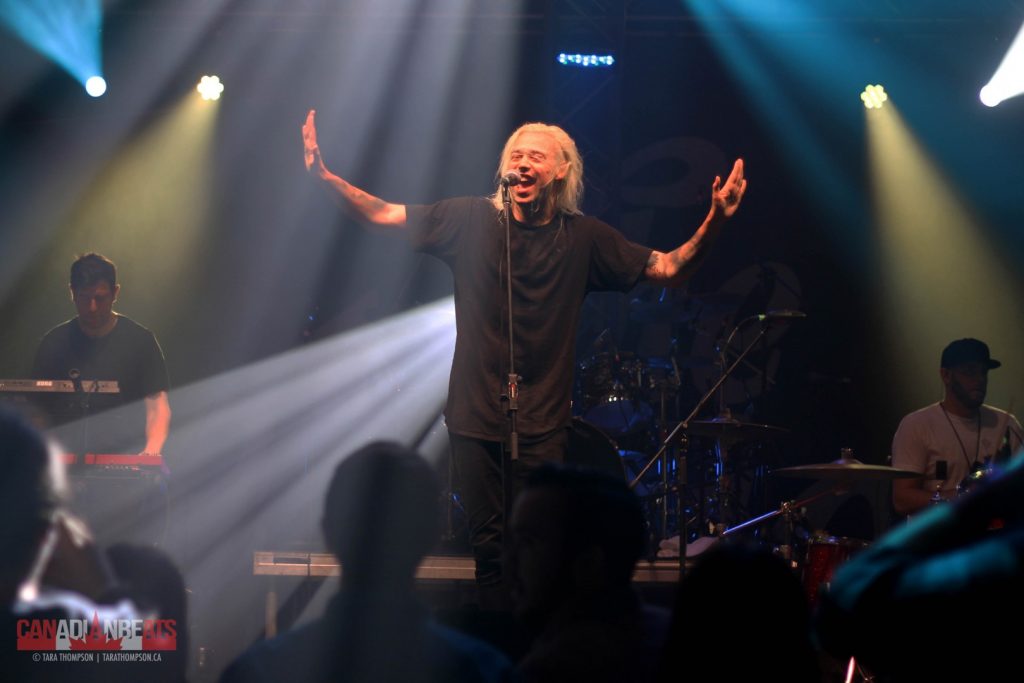 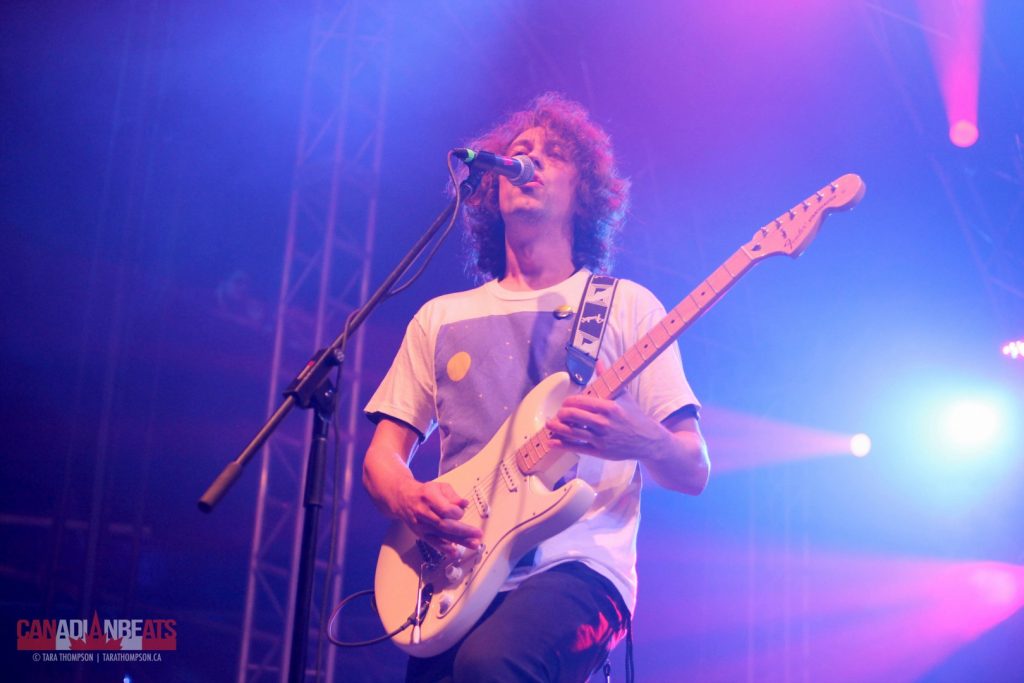 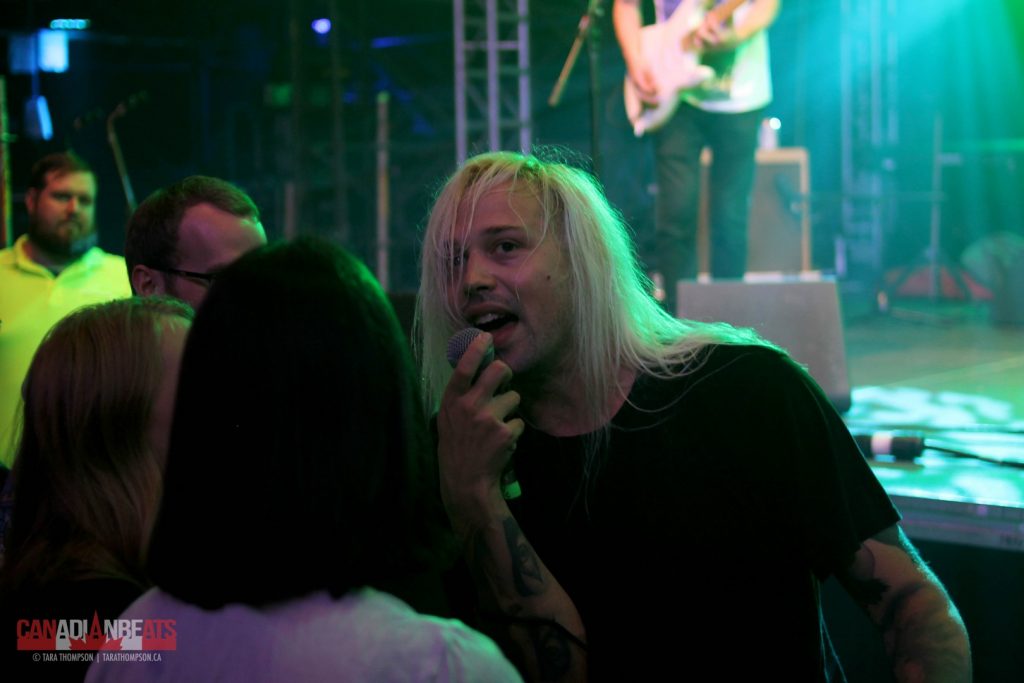 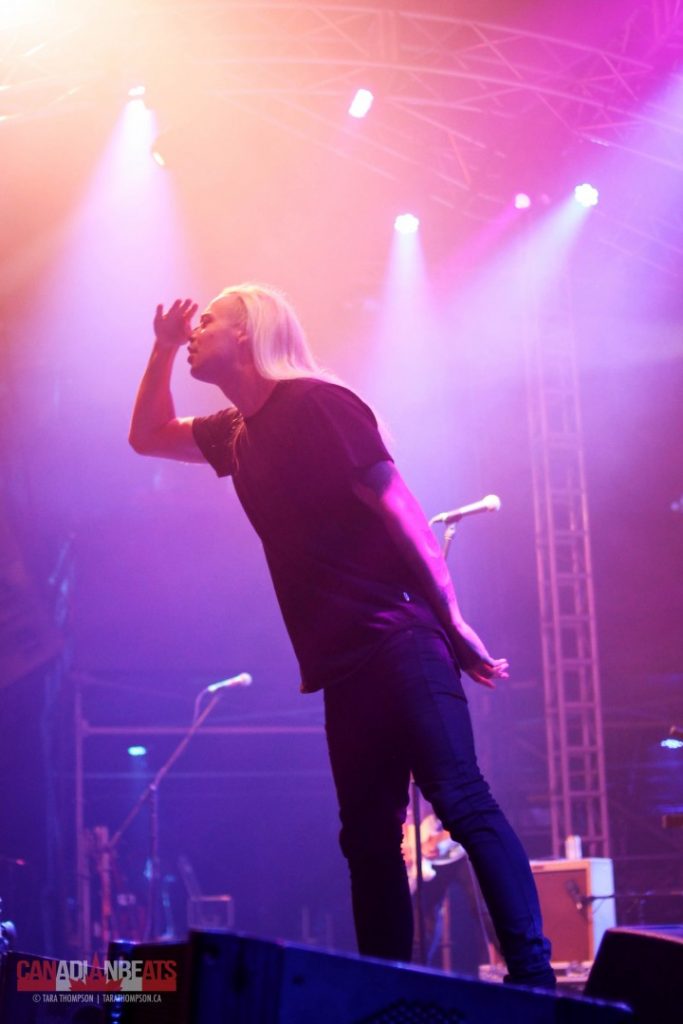 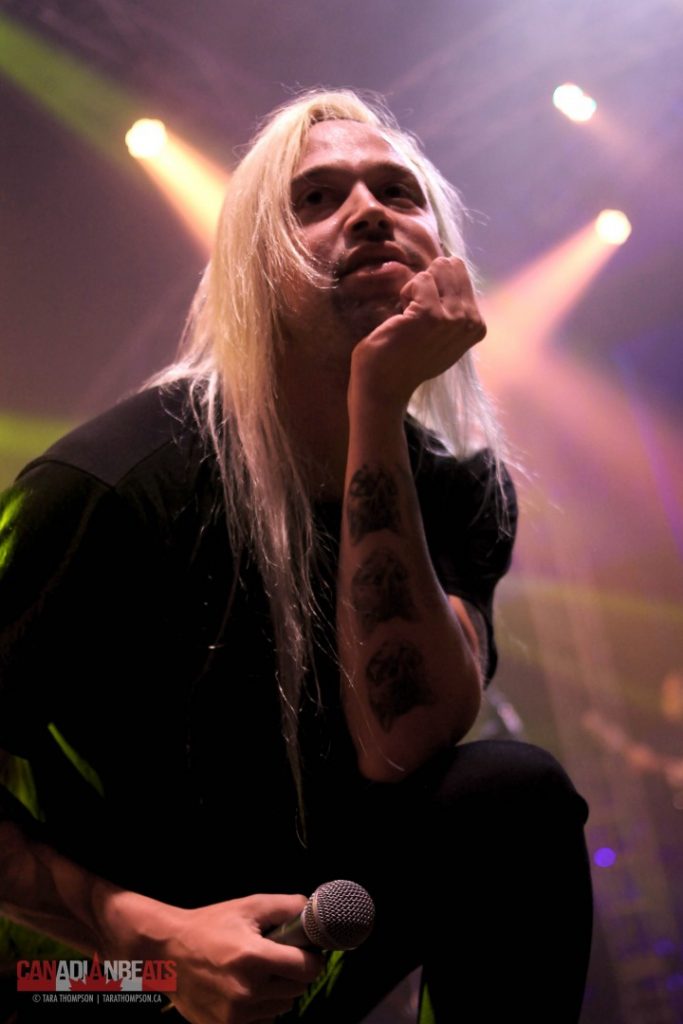 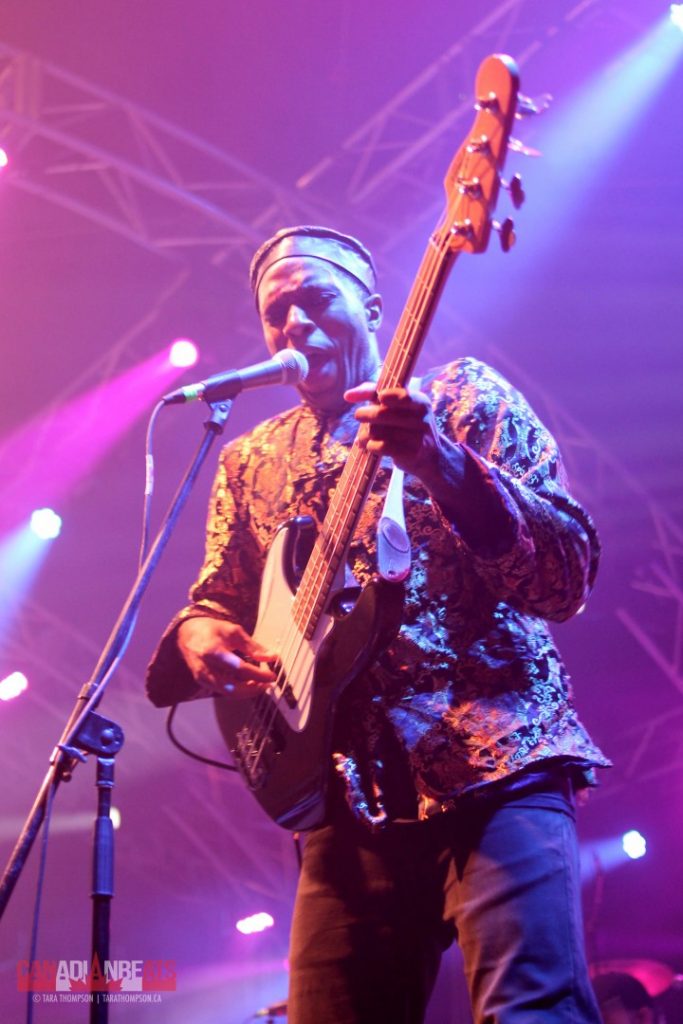 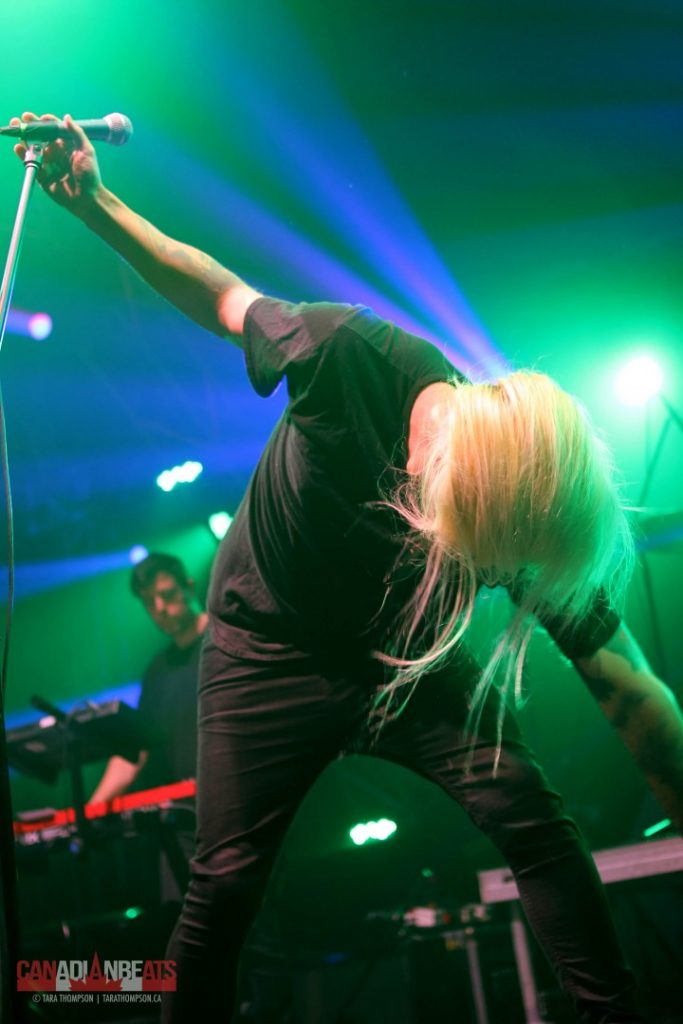 You could tell by the audience that these guys had a following and a great stage presence. During ‘My Poor Heart’, they began with a longer intro where the notes were played on the keys before vocals began. In the middle of the song, they paused for the audience to cheer and cheer they did. Keeping up with including the audience, ‘Mama’ began with harmonies between Emmons and the audience. I really enjoyed the use of a harmonica in this song. It added a little something special, definitely a nice touch.

They never stopped keeping the audience on their toes and wondering what song would be the next they played. I was pleasantly surprised to hear a cover of ‘Praise You’ by Fatboy Slim (and I have to say I liked the version by The Glorious Sons better than the original!).
‘Hide My Love’ was my favourite song from the night. The mixture of storytelling and singing really captured my attention and showed their creative abilities.

‘Everything is Alright’ brought the audience into the set again, as Emmons asked.for their help with this track. Towards the end of the track, the music quieted down before ending completely as the audience finished singing the song.

It seems to be an unwritten rule that headlining acts will play an encore. Keeping up with tradition, The Glorious Sons paused for a bit after ‘Everything is Alright’, before coming back with a cover of The Rolling Stones’ ‘Gimme Shelter’. They continued on to finish off the night with ‘Amigo’. The song began with only keys and vocals, giving the track a ballad feel. At this point, all the other band members left the stage. Towards the end, the other band members came back on stage as Emmons sang thanks to everyone who came out to the show. 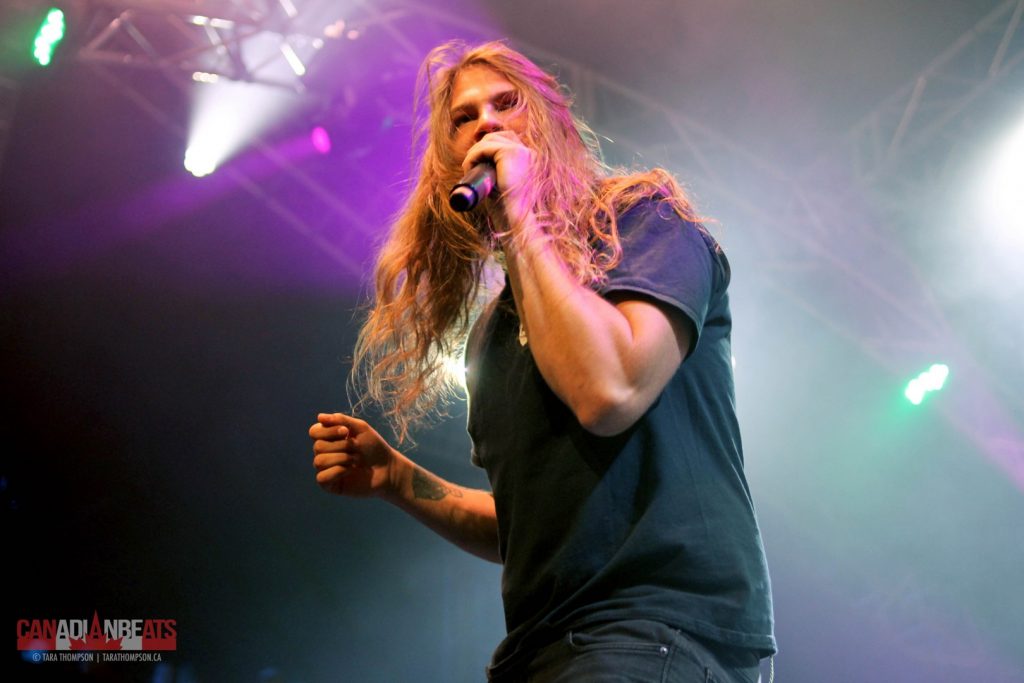 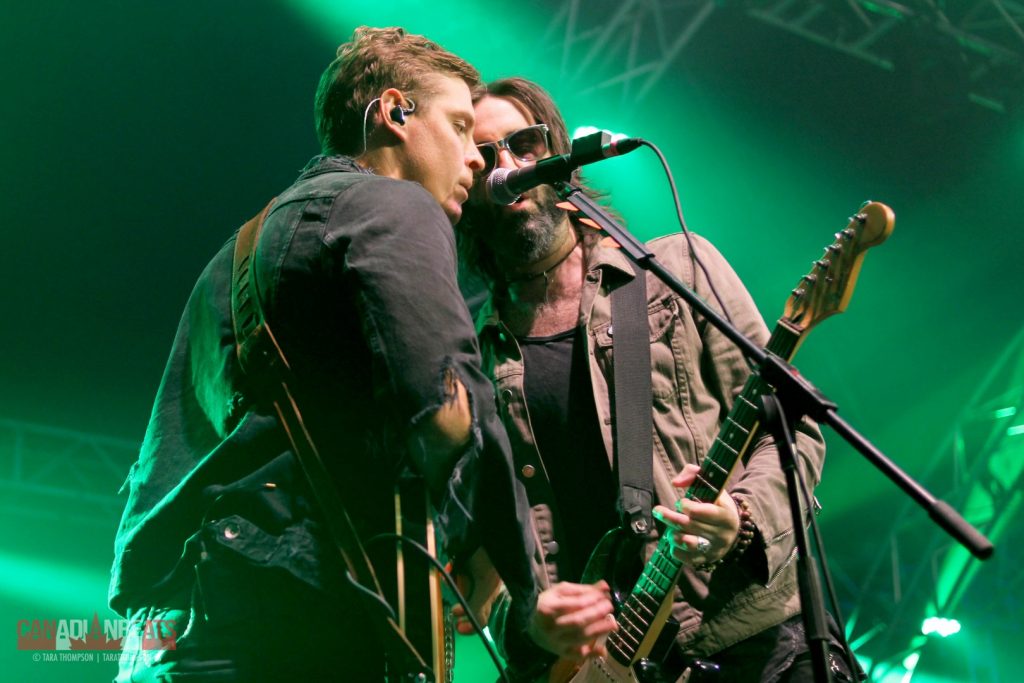 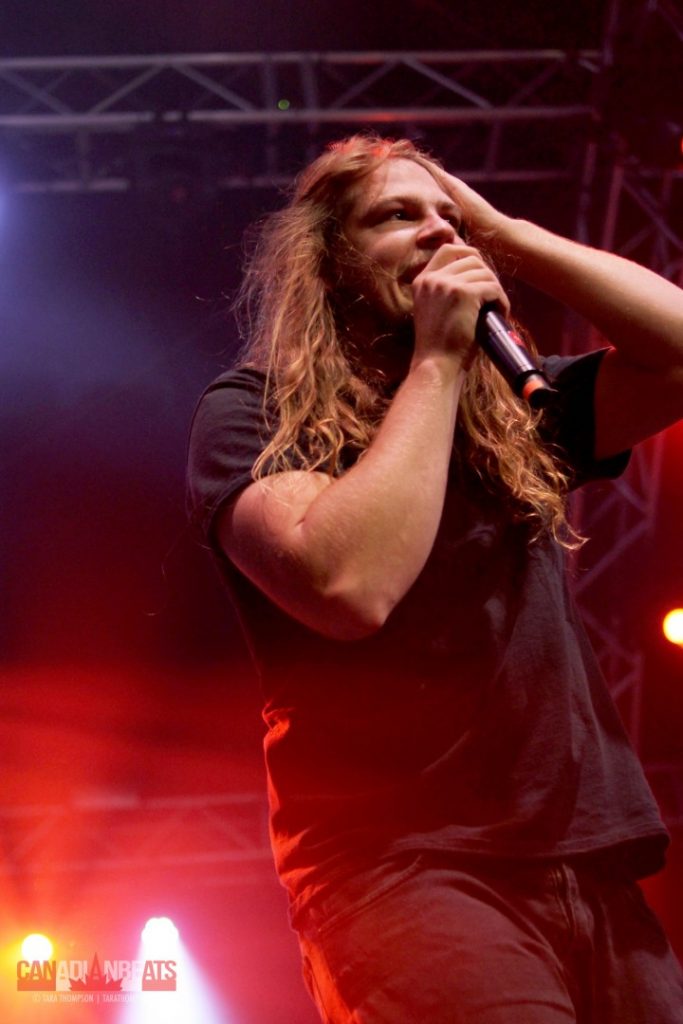 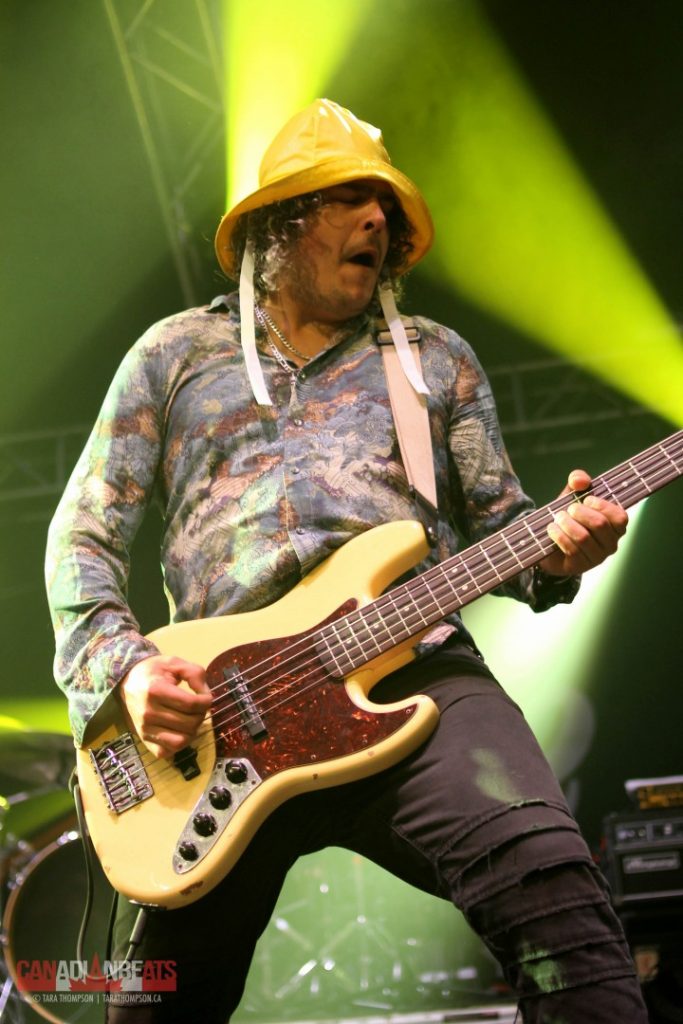 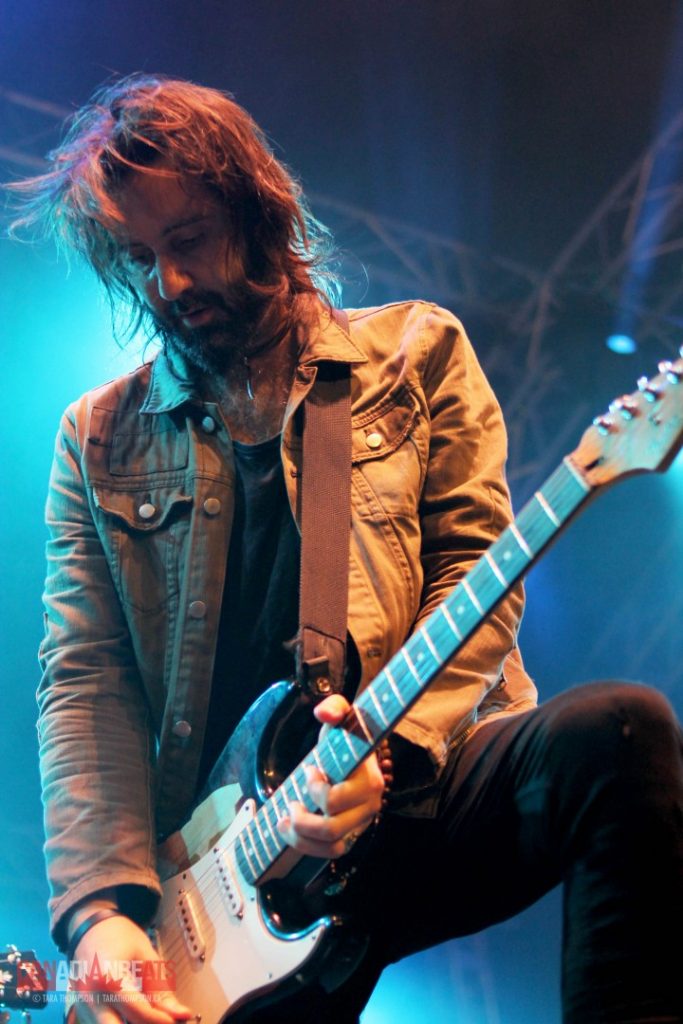 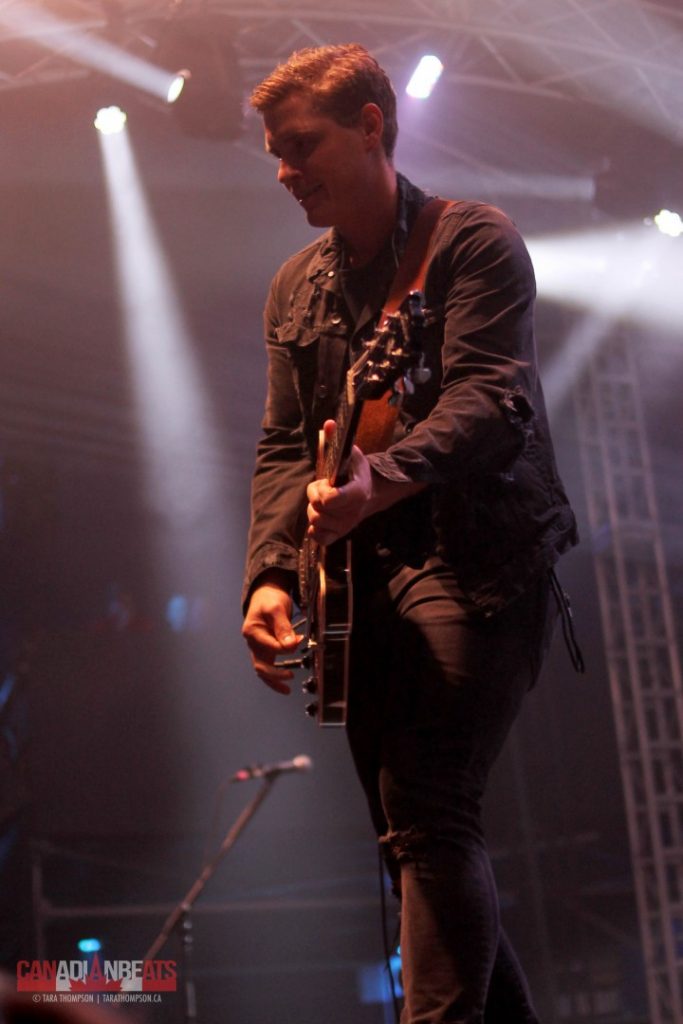 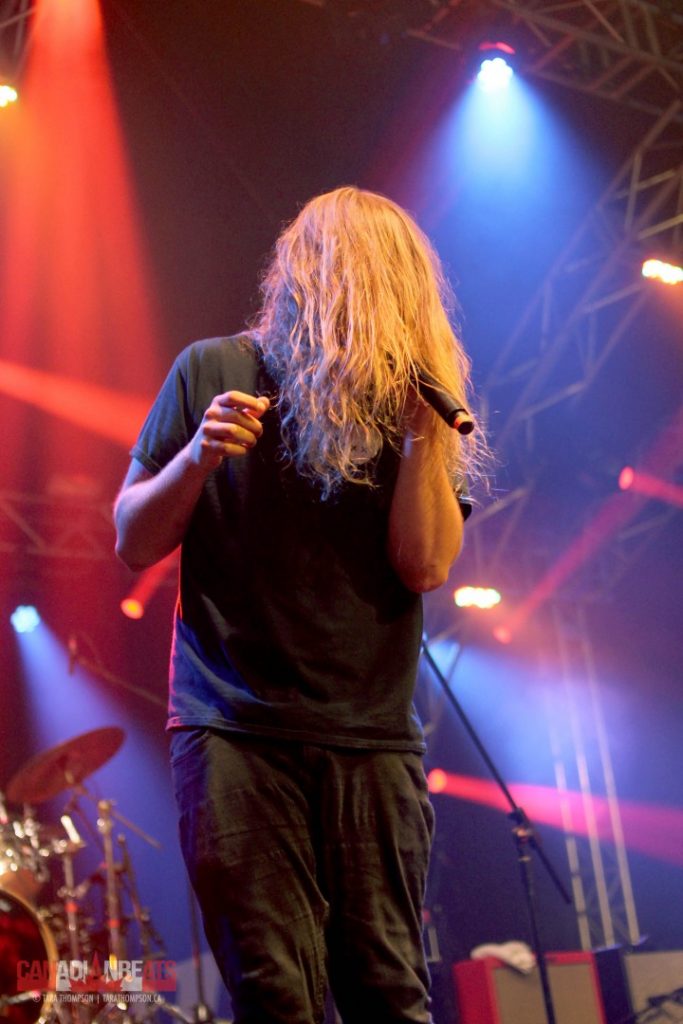 And this was only night one of eleven. I can’t wait to see what the other nights have in store. Stay tuned!