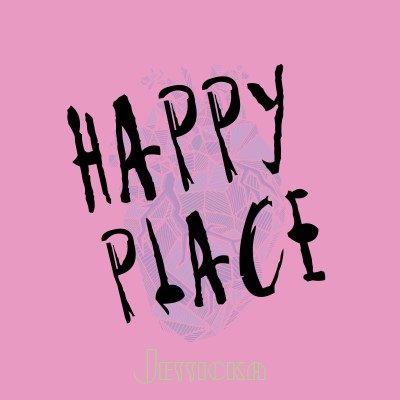 It can be remarkably challenging for new artists to make a lasting impression in the global music scene. This is especially true when other performers use the same name as you Jessicka, not to be confused with the similarly monikered American pop singer Jessicka Addams, is a Vancouver-based pop and indie-rock singer who is active both as a solo artist and as part of two different groups. These groups, Hunting and Gentle Party are well-established in their local scene. Jessicka has been a known quantity as a member of these groups for some time, and the release of Happy Place marks latest solo EP.

The album’s sweetly gothic electronic music feels like a breath of fresh air in a pop music scene that tends to favour more sombre, atmospheric tracks. It is particularly welcome in a world where it has been two years since Regina Spektor’s last studio album, and any fans of Spektor’s will want to give Happy Place a listen.

“Broke and Drunk’s” use of strings contrasts nicely with Jessicka’s playful cadence. That’s far from all she has going on though, as “Penniless Fool” lets her show off the force she can put into her singing alongside a wonderfully complimentary instrumentation. The title track “Happy Place” strikes a lovely balance between the previous two tracks, one that captures the potential lyrical complexity within the song.

The five-track EP does an excellent job of making a case for why this Jessicka is one who you should know. This is an artist who deserves to break out, one who can convey feelings of joy and melancholy within the same song without it feeling tonally dissonant. Do yourself a favour and do not miss out on Happy Place.