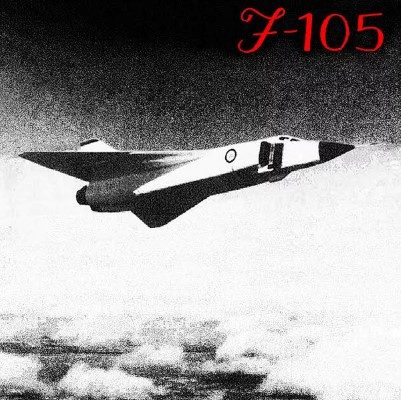 After coming down from a 15-year turn with his band The Soles, Din has taken a turn to work on his own project F-105. After 2 years in the making, it was finally time to release his first album. The songs on this album include a high amount of precision, lyrically and instrumentally, giving the listener the best understanding of what Din is giving us.

Din’s new album shines brightly with all the songs; “Rebel Girl”, named as one of the first singles off of the album already has a strong following amongst Din’s Star Wars fandom. The song speaks of a woman who has been alone and is standing up to be a more empowered person. The song is progressive with its guitar chords, drum beats and flowing lyrics, which made it a great choice as a single.

The album comes with a second single that flows right with “Rebel Girl”, entitled “Desert Planet”. Also a huge hit amongst Star Wars fans; this song brings something similar to a sequel to “Rebel Girl” allowing listeners to continue the journey and story that Din has laid out in this album. The song keeps an upbeat tempo similar to the previous single, continuing to make your feet tap and your head bob.

Make sure you check out this album because you won’t be disappointed, while we might have waited 2 years for it to come out, it was definitely worth the wait. The music is brought together in a harmonious and talented way that takes your imagination on a trip. This release is more than just music, it is a story that allows you to listen from beginning to end and brings you to a conclusion.