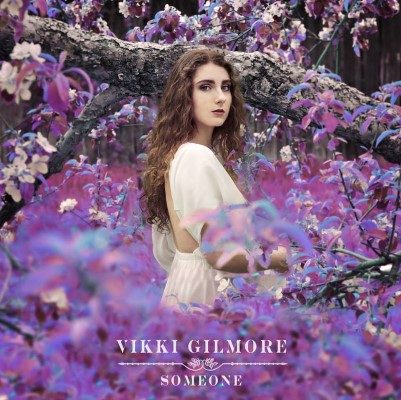 Montreal-based singer-songwriter Vikki Gilmore has released her new EP, Someone, following her 2016 debut, Where You’re From. The young songstress has been working on her musical abilities since high school and has managed to score slots at both the POP Montreal and the Mural Festival.

Known for her meaningful narratives, Someone is a concise collection of maturely written stories; each touched with Gilmore’s hauntingly beautiful vocals. Her lyrics read like poetry put to music – whether she is singing about love, heartbreak, or perfectly human moments, she is not afraid of her vulnerability. Rather, she uses it to craft meaningful moments for her listeners. Highlights include the folk-darling and title track “Someone” for its whimsical melody and poignant lyrics, the sombre Ed Sheeran-esque “Forgiveness”, and the soulful, brooding on “Mountains” which feels like a kind of homage to the sounds of Florence & The Machine.

Someone is a fantastic EP in all aspects from the songs themselves to the overall production. With only five songs, Gilmore’s songwriting and musicianship will leave you anxious for more.