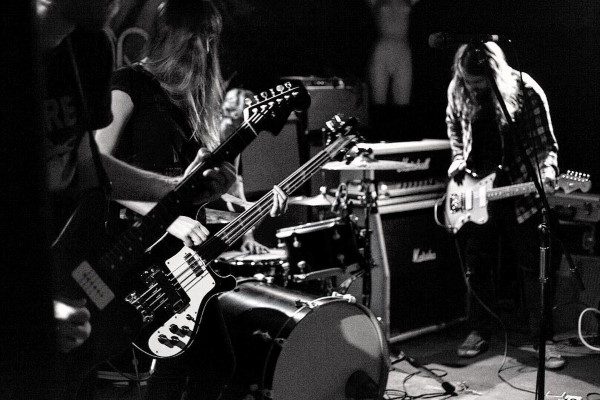 Quebec City-based band, Jet Black have released a new single, “All Is Wrong” from their new album, L’Ère du Vide. The single is the acknowledgement of capitalism’s failure from a human perspective. Similar to the album’s general theme, this song crystallizes the visceral desire to escape from a world stuck in a downward spiral, despite a sense of generalized powerlessness.

Check out the single below, and find out more about Jet Black in our Five Questions With segment.

We’re an angry male/female four-piece from Quebec city that are just fed up by the absurdities framing the modern world. Our music is sometimes described as shoegaze/space rock/alt-rock and we put all our heart and energy into it. When the level of commitment we put into our art is not matched by certain types of media, it becomes upsetting and frustrating very quickly.

We write music to expose music journalists and bloggers that are neither paying attention nor listening to the artists’ work. It’s really easy to spot them; they usually send questions that has nothing to do with the artists’ work and that can pretty much fit for everyone who’s making music. These people are the worst. They benefit from artists’ work without having the decency to at least TRY to understand it, in exchange for what has become the sacred currency in the art world: visibility. Let’s be honest here; nobody reads these irrelevant blogs and no artists receive any substantial benefit by being featured on them. This ecosystem enriches music publicists and their collaborators. By now, you should have a good idea of who we’re referring to. We seek substance; luckily, there are good music journalists out there. They know who they are.

Our live shows are an extension of what you might hear on our record. It’s a moment and a place where people that share similar views of the world get together and drench their ears in loud walls of sound. It’s a chance to talk to our «fans» about the degrading state of the music business and its media outlet. We’re currently touring in Japan and it’s fucking amazing. Next show is in Fukushima!

Our records are made to be heard as a whole. They’re meant to be listened to from beginning to end. We know that you might find this counterintuitive – in a world where general attention is shrinking by the second – but it’s the way we chose to do it. We fight the sense of void that surrounds us by creating substance. Suddenly, we’re inspired to create something cerebral and deep; only to counteract this said feeling of emptiness left by your questions.

Canadian Beats is all about Canadian music, so who are your current favourite Canadian bands/ artists

We really like Sloan. To us, they’re an example of longevity and relevance. They’re simply the best!