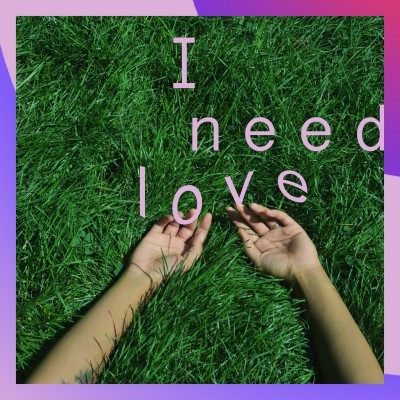 Montreal, QC-based artist, Janette King has released a brand new electro-R&B single entitled “I Need Love”. The track is about dealing with the aftermath of a love lost and touches on substance abuse and depression. The single is off of King’s debut EP set for release this fall.

Janette shares on the single,

“This song is different than any of the songs on my previous album – It’s dark and emotional but will definitely make you want to dance.”

Give the single a listen below and find out more about Janette King in our newest segment of Five Questions With.

My name is Janette King, I was born in Vancouver, British Columbia and now currently reside in Montreal, Quebec. I sing, DJ, produce music and am a hairdresser. My favourite colour is purple. I’m a Capricorn and I have two cats.

Normally I write a lot when I am going through something emotional in my life. I find it easiest to write from my own personal experiences and find that it helps me through hard times. Usually, I will create a soundscape first as sort of a canvas, after that the lyrics will just flow. Sometimes I work with producers for the soundscapes and other times I come up with it myself. I play piano, guitar and I produce on Logic.

I have two shows coming up. The first show is with my collective called Crystal Light Collective on Sept 22nd. The following show will be with a full band at the Rialto Theatre for Pop Montreal on Sept 27th. My bandmates for that show are Alex Dobson on bass/synth, Solomon K-I on Keys/Synths, Maryse Bernard on background vocals and Shayne A. on Drums/synth and I am beyond excited to have them.

If you haven’t seen me play live yet you may have one of two experiences. The first might be me solo with a sampler, vocal processor and a lot of effects. The second might be me singing with a full band. Either way, I would explain my live performance as fun and moving at the same time.

If I were to suggest only one song for someone to hear it would be “I Need Love”. 🙂