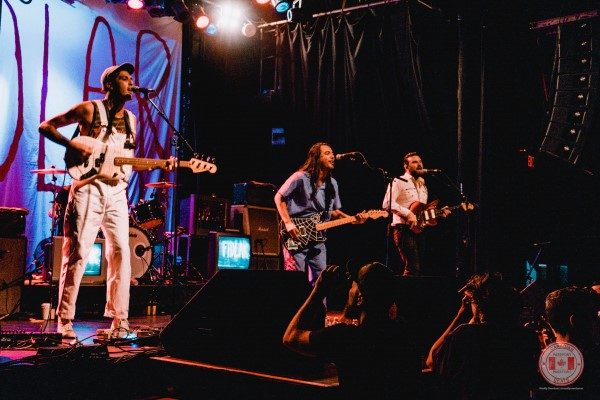 Who: Fidlar, Dilly Dally & NOBRO
When: Wednesday, September 12, 2018
Where: The Phoenix Concert Theatre

Fidlar on the Roof?

While I had a good chuckle about how punny my title was, it is safe to say that Fidlar truly did bring the house down. As soon as their opening bands stepped on the stage you could feel the energy vibrating in the room. From the moment the doors opened, until the lights dimmed you could hear all the fans chatting about how excited they were to see Fidlar; first-time Fidlar viewers were excited about the atmosphere, veteran Fidlar viewers knew exactly what to expect and were hoping for that little extra they bring to each venue.

Once we got into the venue and took our place in the crowd, that’s when NOBRO took the stage and I cannot get over the sound and energy that come from these women. Originally from Montreal, Quebec these girls live to shred and play amazing riffs. The crowd was jumping to the beat, headbanging and riding the rail the whole time; there was nothing that was going to tire this crowd out and they were loving everything that Nobro was offering. They ended their set with a wild amount of applause, hoots and hollers and the crowd begging for more. 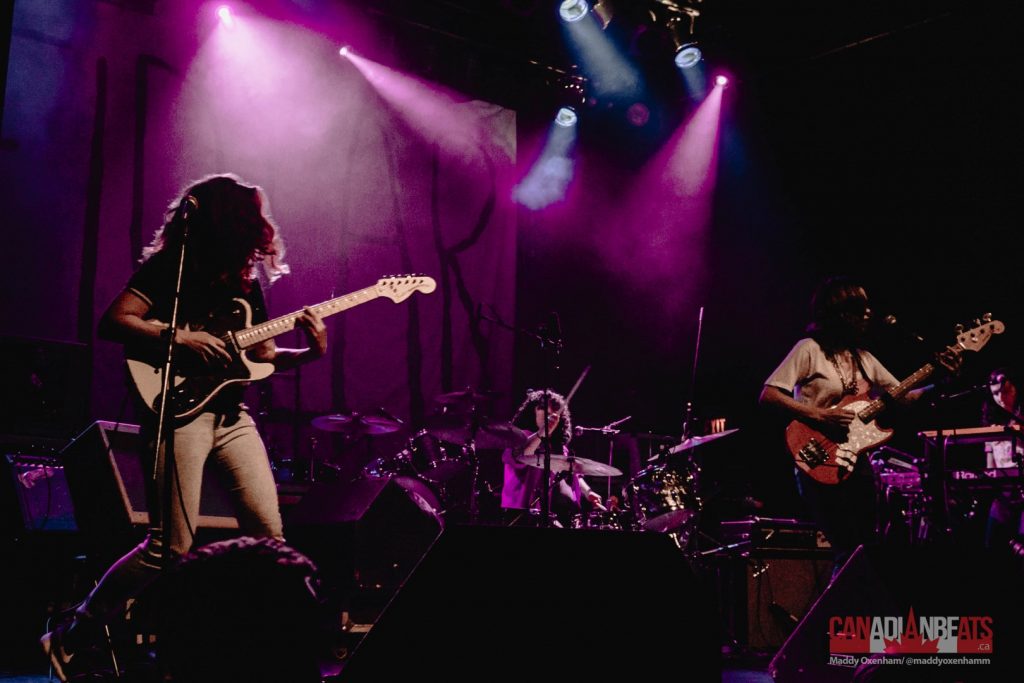 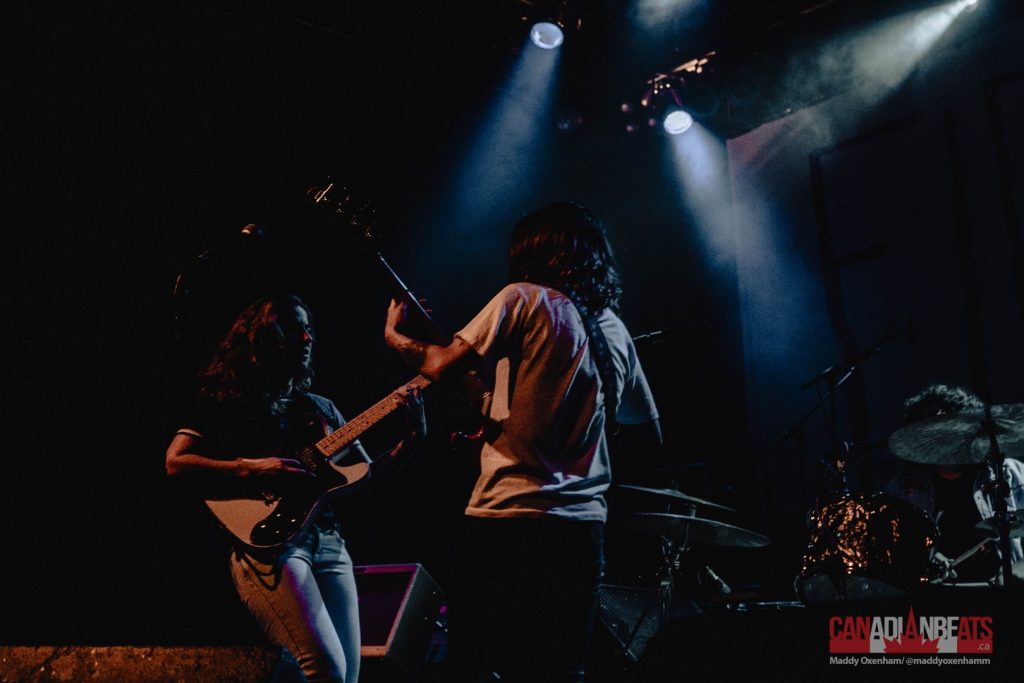 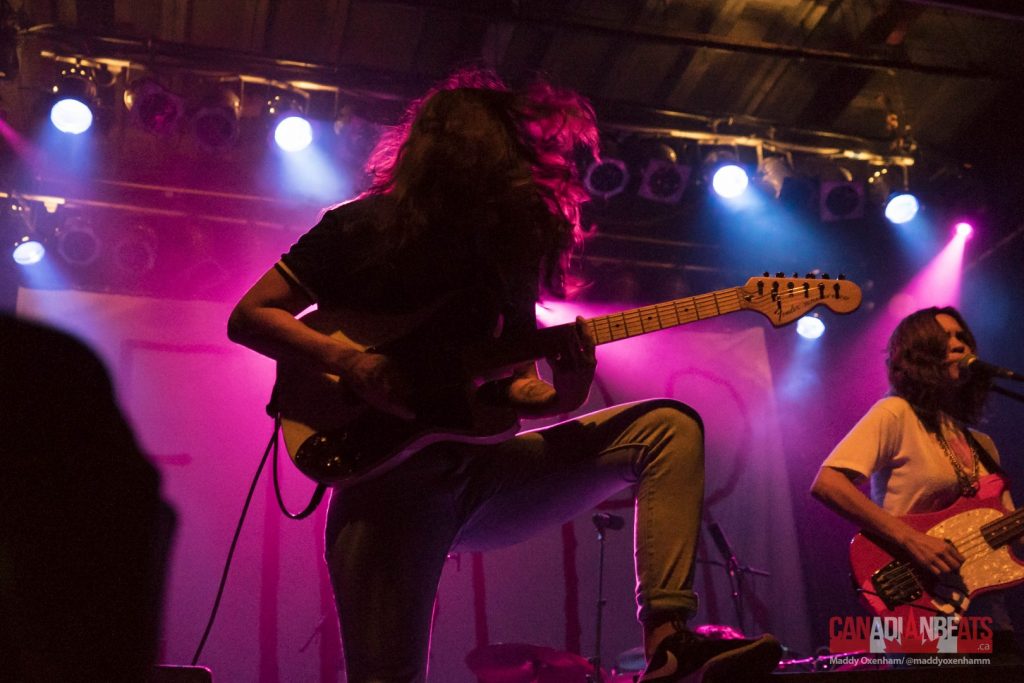 After a quick set up, Toronto’s very own, Dilly Dally took the stage and perform songs off their upcoming album Heaven. Their lead singer was hitting such a wide range of notes that concertgoers were mesmerized by the sound. Dilly Dally has such a strong sound that when they hit the right notes, cords and bass you saw the middle of the crowd open and that’s when it got hectic. Of course the good hectic, but you could see the moshers running full tilt at each other, helping others up and starting all over again. Dilly Dally reminds us that Toronto has such an eclectic group of musicians that makes us such a prominent city in the music industry. 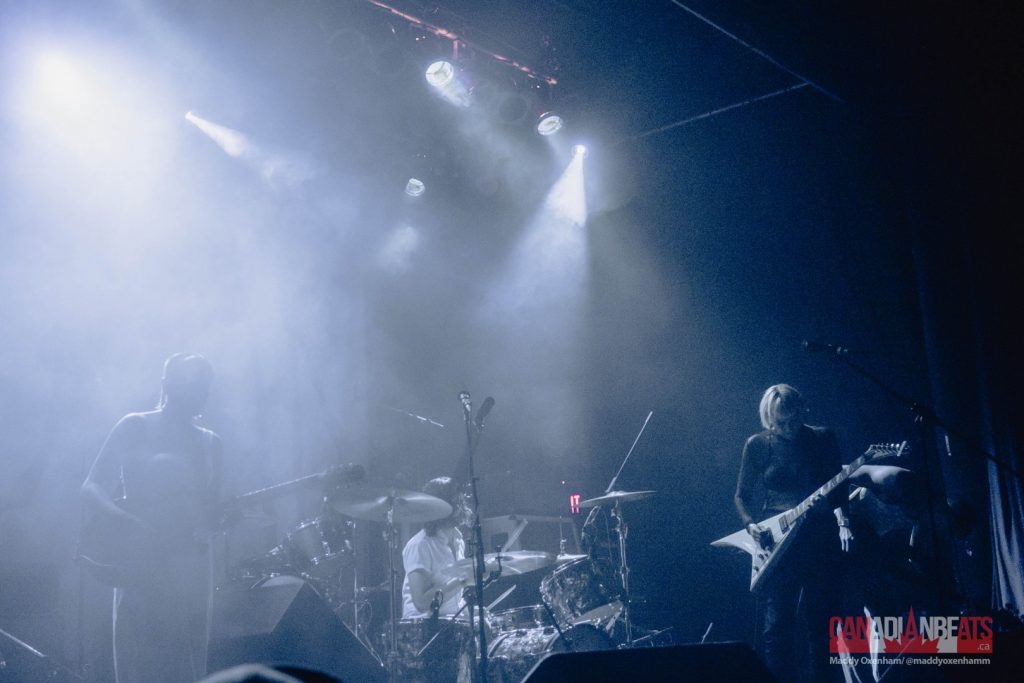 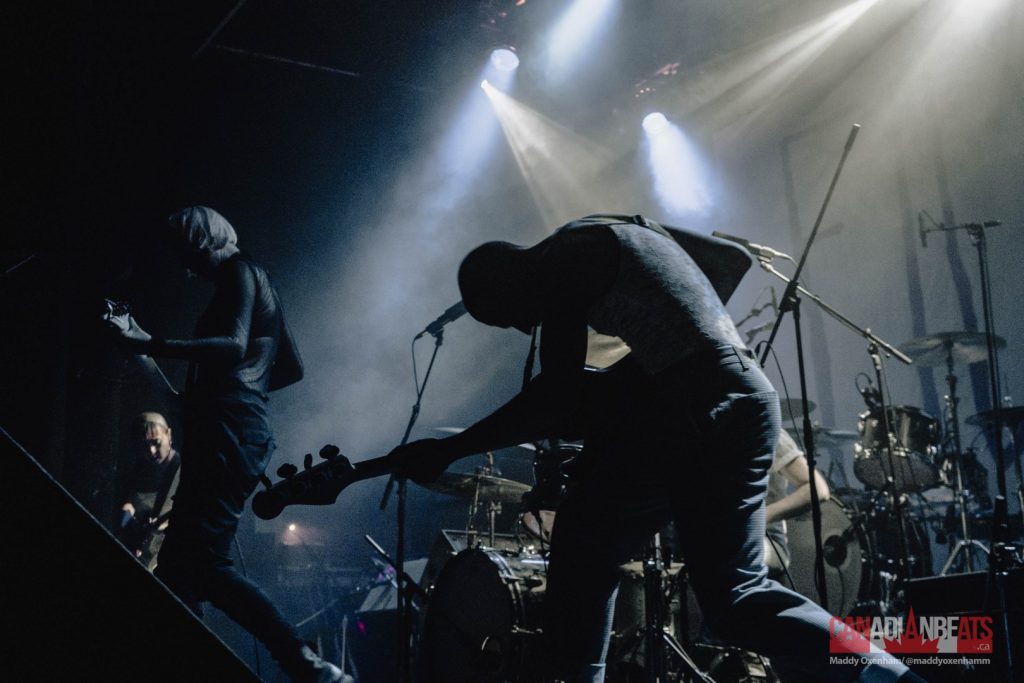 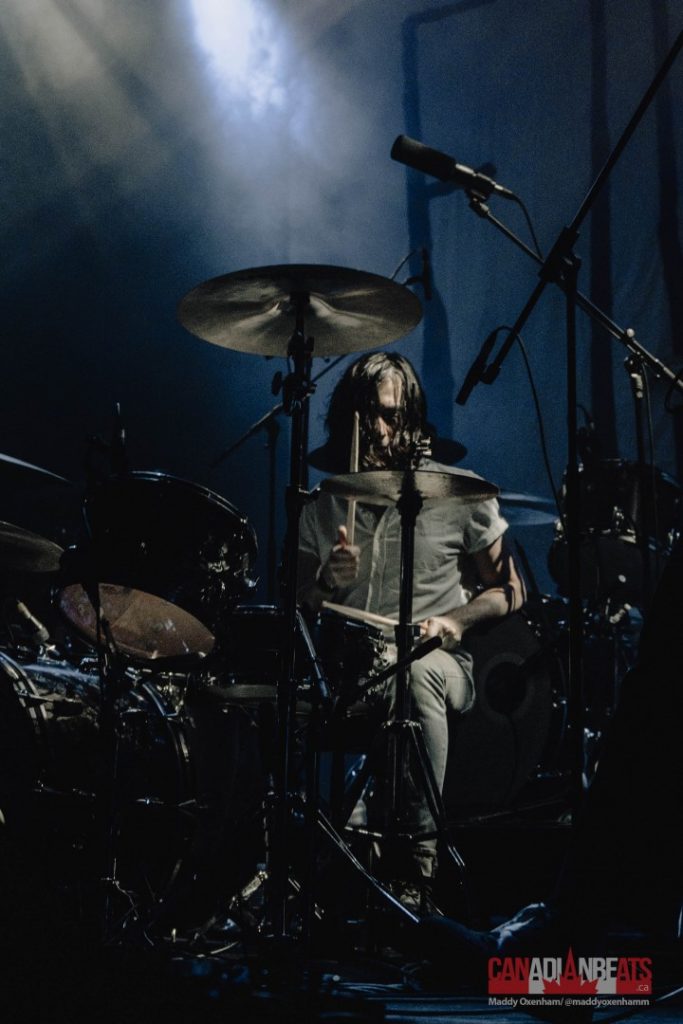 The highlight of the night came from the headliner, Fidlar. Their set up was so visually appealing; a large amount of TVs stacked on each other that turned on and had different clips of the Fidlar’s logo. 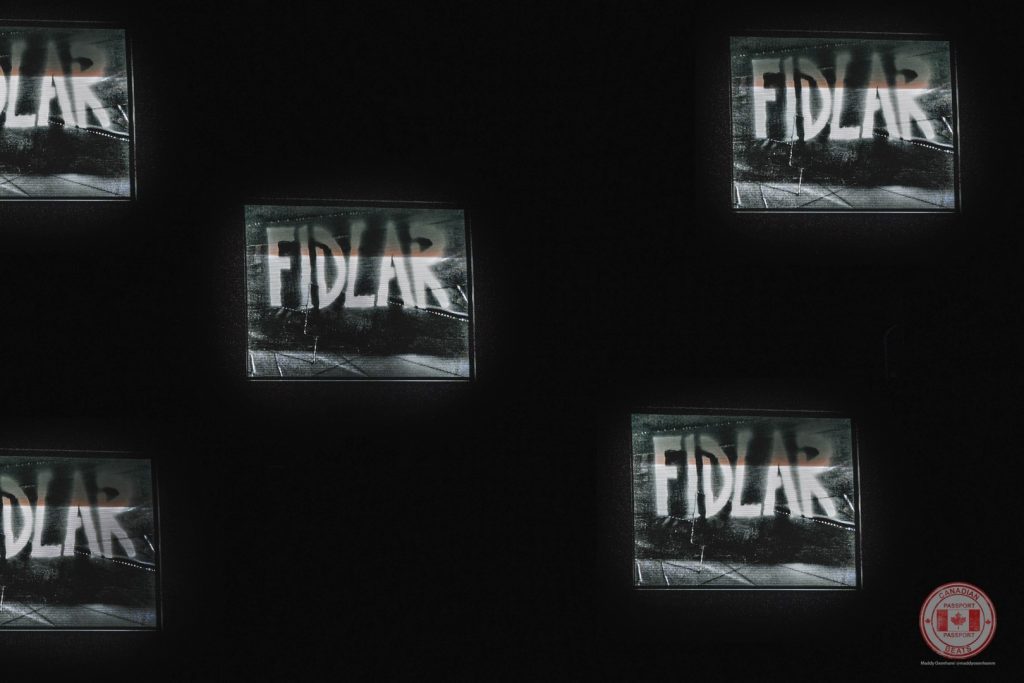 Once they took the stage, the crowd erupted; pushing forward in hopes they can be closer to their favourite band. When the first song began, the crowd was singing so loudly that you could barely hear the band. We moved and swayed to the beat, screaming lyrics, helping people crowd surf and opening a circle for a mosh pit. When the first note of “40oz. on Repeat” was played,  I have never seen such a reaction from a crowd before. It was as if something took over everyone; they pushed and pulled and sang and danced to their favourite Fidlar song. You could tell by the reaction from the band that Toronto shows are definitely unique and never to be taken lightly. 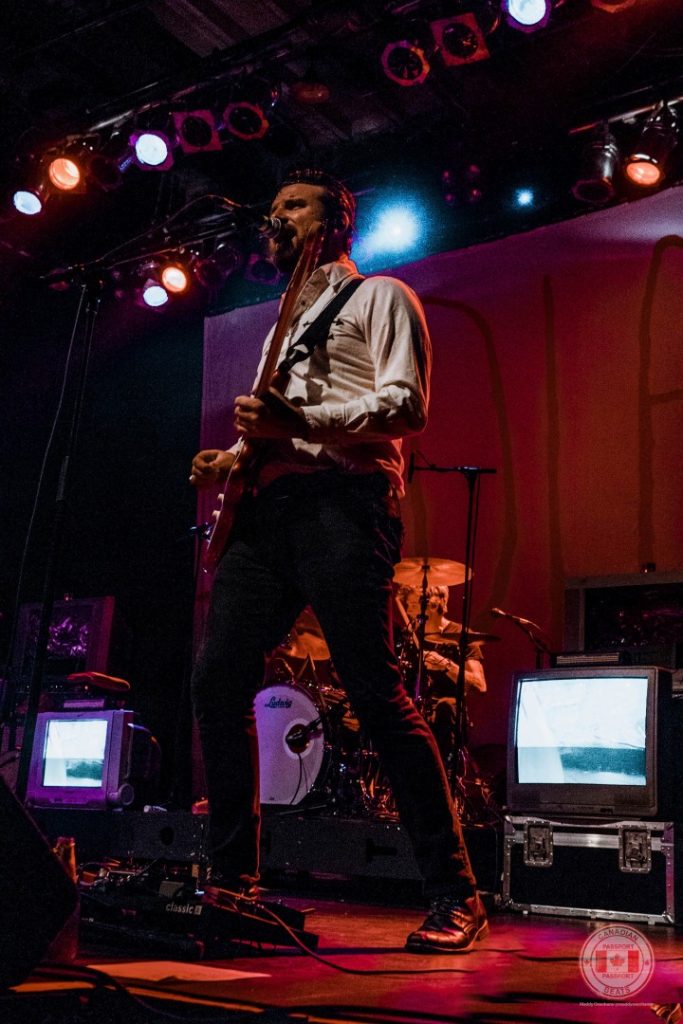 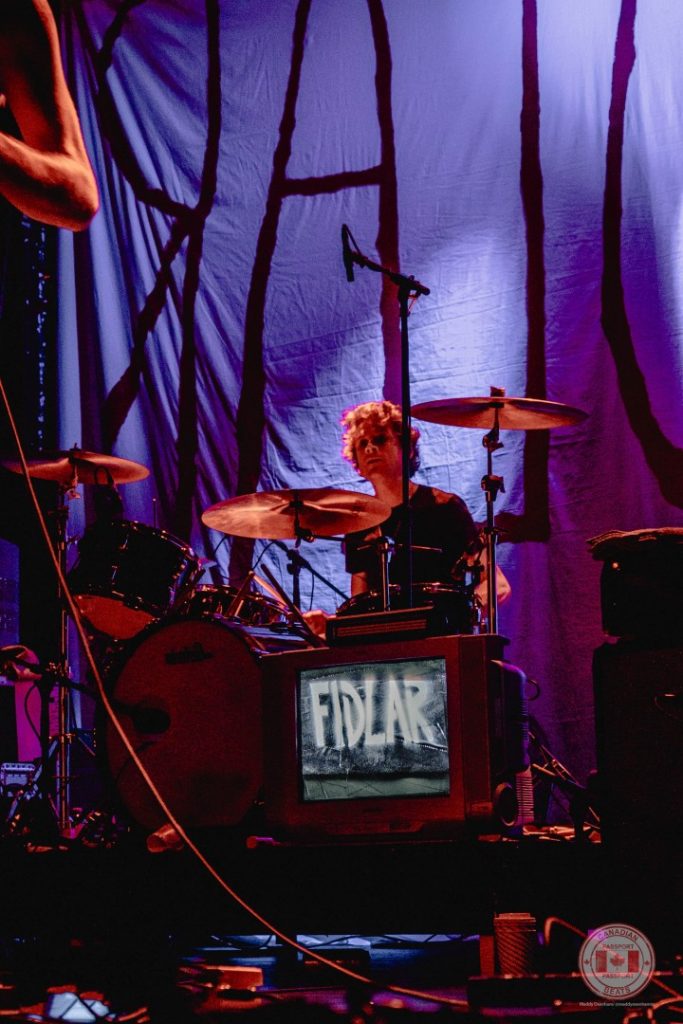 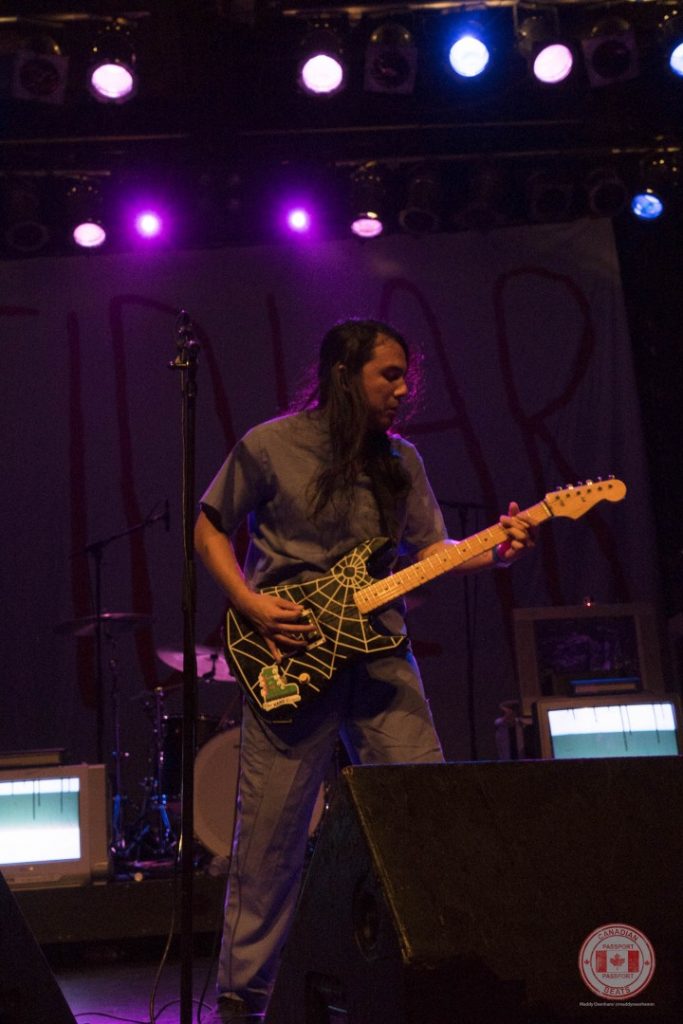 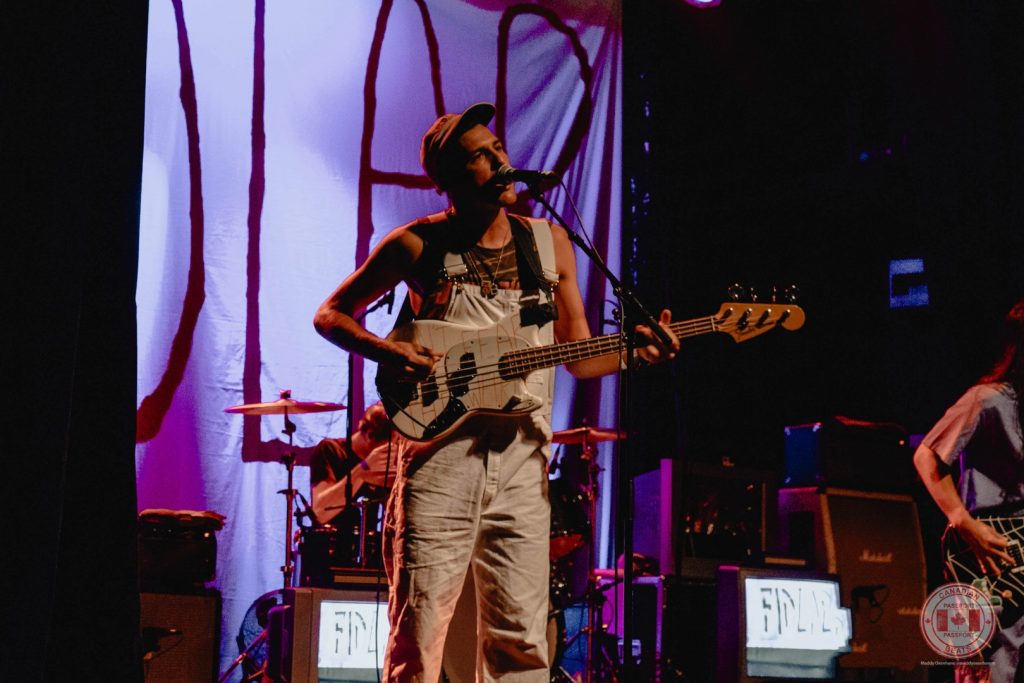