Home / Promos / PREMIERE – Her Brothers release video for “Wake Up”

PREMIERE – Her Brothers release video for “Wake Up” 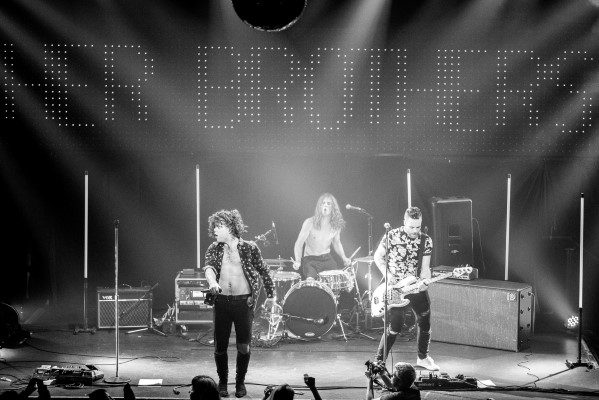 Vancouver, BC-based alt-pop trio, Her Brothers consists of Levi, Josh, and Gabe Penner. The band recently released their debut single, “Human”, which you can check out HERE.

With their newest release, “Wake Up”, the band explores and experiments with their alt-rock roots.

“It’s funny how the whole song came together really,” Says frontman Gabe, “Levi and I were messing around in the studio with this set of chords I had been playing with and the song literally came together. It didn’t end up deviating much from the demo in the end.” The song starts with a very in your face guitar riff that carries the track to its entirety.  Levi noted that “It’s one of those tunes that we tried to follow as to not scare it away which can happen so easily when working on anything creatively.”

“Even putting this song out with a video compilation of our tours has an element of cognitive dissonance because we know what things went wrong at some of those shows with sound cutting out, forgetting parts or lyrics, I mean it’s all there in the live show but when it’s captured and edited I think an element of excitement and the human fragility is lost. That being said, putting this video out is a real testament to our amazing fans and the people that believe in us enough to take us on tour and come out to shows and engage with us.”

Check out the video below, and be sure to connect with the band on their socials.