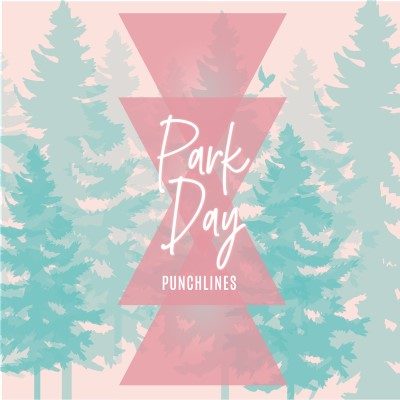 St. John’s beachy four-piece, Park Day, are kicking off September with their playful fourth release, Punchlines. As stated by the band on their Bandcamp profile, “It is often said that you can experience up to four seasons in one day in Newfoundland & Labrador. We attempt to emulate similar unpredictable and vacillating themes throughout Punchlines, hoping the impact will be as steadfast and perennial as the land that inspired us.”

Growing out of several local projects, Park Day has evolved into an inventive and boisterous four-piece. This latest 10-track collection is a showcase of their diversity, unique sound, and lyrical prowess; frontman Zach Dalley’s smooth vocals guide listeners through the tropical, wistfulness-tinged opening track “Windows” and the slow-building “Vancouver”, all the way to the Blues-inspired “Rabbits”.

A fantastic display of sun-soaked nostalgia, Park Day’s Punchlines is a must-listen for both old and new listeners alike.