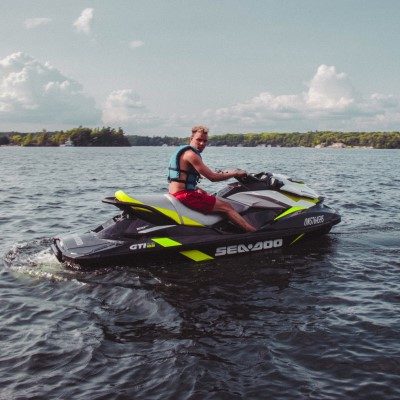 Kitchener, ON-based artist, Jerelle Fisher aka Jerelle has released a brand new single, “Somewhere”, which is dedicated to his friend CJ Moore.

Jerelle and his team shares on the single,

“SOMEWHERE was created from curiosity.. from the words, the sounds and how it was finally all put together… we like to test boundaries and that’s what we did with this one! We made this one our last banger for the summer. The minds of KVNE, Sofia Monaro and Myself all had to come together and couldn’t have come together any better way! We had many versions of the song and many different ideas but this is what we felt sounded best and made others feel the best. We had initially recorded the song in Brampton in a studio space, the first instrumentation of the song was done then, and when we went to Florida at the beginning of August we finished recording the song. The song comes from a place in me where I was trying to let loose and have fun with a certain someone who was actually taken at the time.. I knew it wasn’t possible but i still hoped something would come out of it.. let’s just say in the end it was wrong of me to think that. The mind of KVNE on the mixing was genius.. the fact the instrumental comes in and out all through the record according to my vocals was key. Sofia Monaro on the keys, Violins and synths were something of a dream.. The song was just taken to the extra mile.
There is so much more I can appreciate from this song but you should just take a listen yourself.. Vibe, Dance and laugh to this record. Enjoy it as much as we do! Thank you!”

Check out the single HERE.