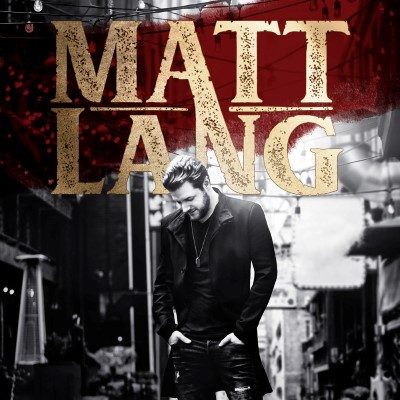 Lang is from the town of Maniwaki, located in the Outaouais region of Quebec. At 14 years old Lang received his first acoustic guitar which was a gift from his grandfather who had taken notice of Lang’s strong interest in music. Since then Lang has continued to follow his musical dreams and pursue a career as an artist. Driven by passion, it is Lang’s musical talent that now speaks for itself. Last November Lang packed up and made his way to Nashville, Tennessee where he knew that he would find some musical direction. Relying solely on his talent and intuition Lang was able to make some valuable connections, hit the studios, and create the tracks now showcased on the EP.

“Love Me Some You” sets the stage for Lang’s music. The tune has a great tempo and on your first listen you are even convinced you have heard Lang before. Lang’s vocals are impressive and could rival that of any seasoned artist to come out of Nashville any day of the week. The song has already made its way around digital platforms and social media receiving very positive attention and comments. It is one of the more upbeat tunes on the EP and it is easy to find yourself listening to this one on repeat.

“IF” quickly became one of my favourites on the EP. Lang sounds like a natural singing love songs. I fell fast for the lyrics and Lang’s performance on this tune. Written by Ashley Gorley and Lee Miller who have both written some incredible songs, it has a groovy feel with a romantic twist. “About You” and “Right Where We Want It” are both equally and notably good songs included on this release as well.

“You’re In The Right Place” is a strong song and shows off Lang’s lower register. With the deep and rich sound, you can get a little lost in this song. It is one for the summer country playlists for bonfire nights or driving around backroads with the windows down. The cool twist on this song is that it is a purely Canadian collaboration between songwriters Tebey, Danick Dupelle, and Tim Hicks. All three writers are successful on their own but bring them together and you get this gem of a song.

“My Final Pour” is another one of my favourite songs on the EP. I loved the sound this song had. It has a catchy melody and Lang uses his voice perfectly. Written by Lang, Dupelle, and Patricia Conroy this tune was released as the second single from the EP and has been gaining traction online. It is a great love song that comes from a moment of realization. I got into the lyrics and found myself singing along to this one instantly.

The EP signs off with the track “She Don’t Love You.” There is a ton of truth and emotion packed into these lyrics. Written by Eric Paslay and Jen Wayne, this song tells the tale of a lonely woman and the heartbreak that can come along with falling for her. Lang saved the best for last on this EP. Lang packs a power punch with this track; singing with such emotion and power against an acoustic backdrop leaves you speechless.

As a new artist, you will be blown away by Lang’s music. The arrangements are flawless, and Lang’s vocal performance is rock solid. I see great things in the future for Lang. This might be Lang’s country music debut, but it won’t be the last you will be hearing great music from this guy. The EP is consistent and you can listen from start to finish without hesitation. You can easily relate to these songs and you will find yourself playing them over and over again.

Lang recently performed these songs to a sold-out audience in Montreal on September 4, 2018, at La Tulipe theatre during his album launch party. Playing the EP live, in full Lang blew the audience away with his charisma and stage presence. Note for note, Lang carried the live performance with ease and was never shy about how truly humbled he was to be on stage. Lang will play some select upcoming tour dates with more to be booked as he makes his rounds promoting his new music. Check out Lang’s EP for yourself and you’ll get hooked on his music.