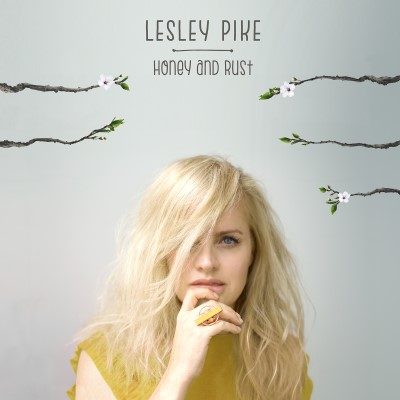 Singer-songwriter Lesley Pike has released her third album Honey & Rush. Born in Wingham, Ontario, Pike has been working on her craft ever since she attended the Royal Conservatory of Music for piano & vocal studies as well as Wilfrid Laurier University for classical music. Her last album, November, was released in 2015 to acclaimed reviews; resulting in a cover feature in UK’s Acoustic Magazine, and performances on Sirius XM, BBC, Canada AM, and CBC. Pike’s talents awarded her the opportunity to share the stage with notable acts like Jason Mraz, John Osborne, and Darius Rucker.

Pike’s latest is a collection of whimsical melodies attached to stories about love, heartbreak, adventure, and empowerment. The opening two tracks, duets, are lovely but Pike can also shine all on her own – looking at “Phoenix” and “Dance Real Close” as prime examples. Sprinkle in a few ballads (“Muscle Memory”, “Not Too Late”) in which she respectively struggles to let go and to fight for love.

Honey & Rush has some really good moments, thanks to Pike’s energy and lyricism. A few dance/pop treasures, an emotional moment or two, and you have a well-rounded release. If you like what you hear, you can catch her on tour starting September 4.