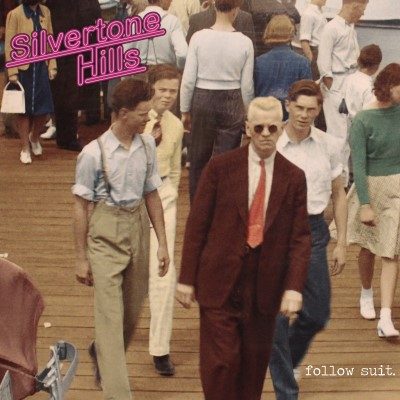 Hamilton-based indie-rockers Silvertone Hills have had a busy 2018 with the release of their second EP Follow Suit, and a tour to promote the 4-track collection; including a slot playing legendary Toronto live music venue Lee’s Palace. The group assembled in 2016 with Liam O’Sullivan (vocals), Andrew Billone (guitar), Alex Bishop (drums), and Mike Park (bass). A year later they produced their first EP, Singles Only.

Their latest release Follow Suit sounds like it could have been a love-child from some of the band’s most influential artists; the lyrical potential of Oasis meets the instrumental potential of Queens of the Stone Age. “Paperwork” and “Plastic Hotel” are guitar-heavy bangers, high on energy both instrumental and vocal; taking a more psychedelic approach comes in the form of tracks “Albion Falls” and “Hopeful Illusions”. Just as impressive as the songs themselves is the production level – crisply put together that you could easily mistake it for a seasoned indie band.

Start listening to Silvertone Hills so you can be one of those “I heard them before they made it big” listeners. That’s what I’m doing.