Five Questions With Ron the Baptist 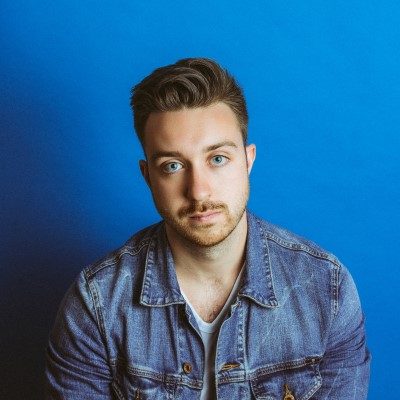 We caught up with Toronto’s own Ron the Baptist in advance of the release of his debut single, “Adonis” which is set for release on August 31. The single is off of his upcoming EP, Sorry This Happened To You, set for release this fall, and produced by Frankie Figiomeni and Feurd Moore of The Elwins, and mixed by JUNO award winner Jay Dufour and producer Derek Hoffman of Fox Sounds Studios. Such artists as Dwayne Gretzky, Meg Contini and Jill Harris contribute to backing vocals on the EP.

Find out more about Ron the Baptist in our Five Questions With segment below, and be sure to keep an eye out on Friday for the unveiling of “Adonis”.

You’re on the air with Ron the Baptist: multi-instrumentalist, entertainer, and wannabe game show host. I write love songs about being a bad boyfriend and I’m based out of the big smoke, Toronto, Ontario. I’ve semi-recently traded in the quiet comfort of suburbia for the flash, dazzle and long sleepless nights of a life in showbiz. I’m not actually a baptist.

I think of my music as the happy medium between the style and substance of yesterday and the lean and mean tunes of tomorrow – old-school keyboard samples and guitar tones filtered through the shiniest and most expensive-looking recording equipment 2018 has to offer.

Crafting songs can be an emotional affair; feelings of lust, shame, bravado or disappointment typically all crop up within the same tune. I like to think you can find inspiration just about anywhere if you look hard enough – it can be pulled from the tabloid headlines or cleaned up out of the back seat of your car. I don’t always nail it, but I like to think I come pretty close.

If you’re just looking to hear the same old songs in the same old order, stick to your streaming service of choice; we’re coming to put on a show. We have an all-star rock n’ roll lineup of some of the best backing musicians you’ve never heard, with a stage production loaded with all the glitz and glamour our limited budget can offer.

While we don’t have anything on the books at the moment, we’re looking to get the live show up and running for this fall. No use rushing a good thing.

My debut single “ADONIS” is as good of an entry point as any – a dance-rock track about confiding in a muscular friend. As a starting point, it’s got it all: grooving bass, 80’s synths, and a chopped-up sax solo sure to knock your socks off. If I’m destined to be a one hit wonder, I’d bet my money on this being the track.

So many amazing Canadians artists out rocking the radio waves right now. I would be remiss if I didn’t shout out my producers and pals the Elwins, who really are the best and brightest Canada has to offer – nobody else I’d rather have on my team.

Other artists on my radar or on my iPhone include arena-rock icons the Arkells, new-wave pop princess Ralph, and art rock trio We Are The City (possibly the most underrated band in the country.) And of course, nothing but respect for Canadian legends like Triumph or Loverboy, whose tunes have never gone out of style – even if their wardrobe has.