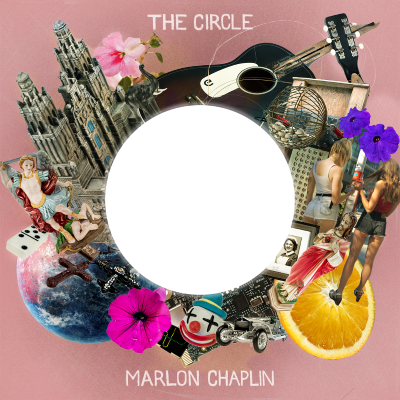 Marlon Chaplin’s debut full-length album, The Circle, is set to dazzle with its hook-laden rock n’ roll. Produced by Marlon himself and mixed by Chris Shaw (Weezer, Bob Dylan), The Circle is a kaleidoscope of lyrically-rich ballads and hard hitters that make The Circle accessible to every kind of listener.

From the vocal-rich, guitar-heavy opening title track “The Circle” to gritty late-track “Elevation”, Chaplin’s vocal range and versatile lyricism shine through. “The theme of the music and artwork centres around ideas of a cyclical nature,” says Chaplin of the album. “Be it social, economic, spiritual, or technological. It’s about growth, birth, death, and everything in between.”

To celebrate its release, the Piston Bar in Toronto on August 30th will be hosting a release show, followed by tour dates in Ontario and Quebec in support of the album’s launch. Looking for something new to listen to this summer? Then look no further than The Circle.