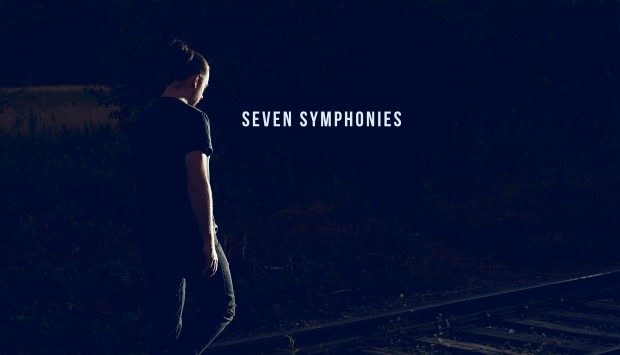 Toronto, ON-based independent artist, Sean Andrews aka Seven Symphonies has released a lyric video for the brand new single, “Everything”.

Sean shares on the track,

“’Everything’ is the 3rd single from Seven Symphonies’ sophomore album titled Aries, which is being released one song at a time with a new single each month. Everything muses about life and death and the journey that every one of us is on through it”

We had a chat with Sean in our newest segment of Five Questions With, so find out more about  him below and check out the lyric video for “Everything”.

My name is Sean Andrews; I am an independent artist/producer from Toronto. After being in bands for many years (Most notably Red Roses Black from 2006-2010) and working as a producer/songwriter I decided in 2015 to start my own solo project and called it Seven Symphonies. In September 2016 I released my first album titled Life Times, which won the Best Rock category at the 2017 Toronto Independent Music Awards. In June of 2018, I began releasing my second album titled Aries which I am releasing one song a month over the course of the next year. I perform, record, mix, master and create visuals myself for all my releases.

I grew up in the 90’s and was heavily influenced by bands such as Silverchair, Nirvana, Nine Inch Nails and Green Day. Those bands definitely formed the foundation of my songwriting style. My first album Life Times is very much an ode to my 90’s influences. But as I have aged and my musical preferences have shifted I have become heavily influenced by modern acts such as M83, Susanne Sundfør, Saint Vincent and Grimes, which has inspired me to explore more electronic instrumentation. With this next album “Aries” I am very much attempting to find my own unique sonic signature that builds from all of my life’s experiences and influences. A mixture of electronic and organic instruments with classical pop arrangements alternating between soft and sullen, to heavy and cinematic, to spacious and psychedelic.

This might sound a bit odd but I actually have made the specific decision to not play live. At least until it makes sense to do so. I spent many years playing live and during that time I witnessed a change in the way music is consumed and the way new acts are discovered. With Seven Symphonies being a solo project with limited resources, I have decided to focus my efforts on exploration as a recording artist and to build an audience online until such a time that playing live will be an appropriate next step, when I know hiring a band and taking the project on the road could be sustainable. Which in a way is inspired by the Beatles after they stopped touring and just stuck themselves in the studio and wrote Sgt. Peppers, though in reverse. Right now I am able to write and record without thinking about how I will pull something off live, or how many musicians I might have to hire. It is pure creation, and I want to create something I can say was uninhibited. You may catch me at an acoustic open mic night in the GTA here or there though.

That’s a tough question because I think it would depend on the person asking the question and what I think they might like the most. I’d say if you’d like to hear a song that I think embodies my overall musical sound the most within one song I would suggest the song “Life Times” which is the final track on the first album. I really wish we would have been able to release a music video for the song but the allotted budget for the videos ran out before we got to it. It’s my favourite on that album.

Oh man, there are SO many Canadian artists that I look up to and admire. I am a huge fan of Lights, The Weeknd, Monster Truck, Mother Mother and USS currently. I also love more veteran acts like Three Days Grace, I Mother Earth and Our Lady Peace. Literally, there are too many to reference here. Though my biggest influences listed at the beginning of this questionnaire are not Canadian (minus Grimes) I am so proud of Canadian music and think that we output some of the world’s best musicians. I’m very proud to be a Canadian musician.