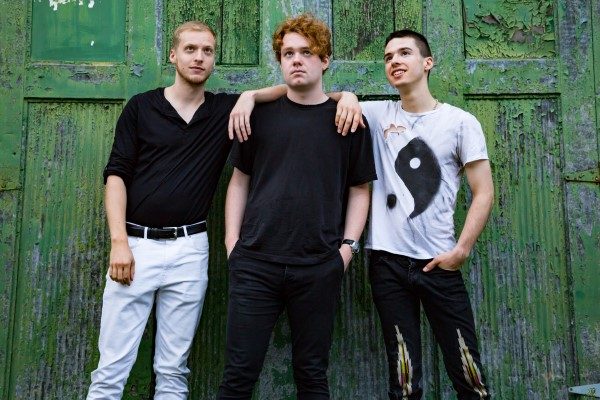 Toronto’s Patiohawk are currently on the road on their first tour. They already hit Ottawa and Montreal, but you can take in a show on their remaining dates, which you can check out below. Take a few moments to find out more about this up-and-coming band, they are certainly one to watch!

We’re Liam, Mitch and Hugh from Patiohawk- a rock band from west-end Toronto. We’ve been playing together since the beginning of 2018. We met when Liam came home from music school in Boston and was looking for people to play with. Luckily the music school that Hugh and Mitch were attending in Toronto was on strike for a semester. It meant lots of time to get tight.

Our music is a perfect blend of old hard rock riffy-ness mixed with more contemporary melodic synth and guitar textures, all tied together with undeniable bass-driven dance-ability. That’s how we see it at least. Up until now, the songs were all written by Liam. He couldn’t wait for bandmates and just had to put out the debut album in 2017 because the songs were getting cabin fever in his head. Now with Hugh and Mitch in the mix, the writing process will evolve for the new material as we’ll all have ideas to get out.

We’re heading out on our first small tour around eastern Canada at the end of August. We’re hitting Ottawa, Montreal, Moncton, Halifax, and Charlottetown. After that, we have some shows in our home base of Toronto. One on September 8th at the Cameron House with our Kingston buds JIMBO and Toronto’s Greenhouse. We’re also stoked to be opening for LA band Valley Queen on October 8th at the Drake. There is lots more in the works as well.

As far as our live show goes, Liam tries to dedicate as many songs as possible to audience members in the hopes that he’ll get a free beer out of one of them. In between those moments, we try to give them a reason to buy that beer.

We’d say In Lieu Of The Sun. It showcases our more subtly psychedelic side while still holding true to our love of solid, thick groove that makes you want to move. It’s been a crowd favourite so far.