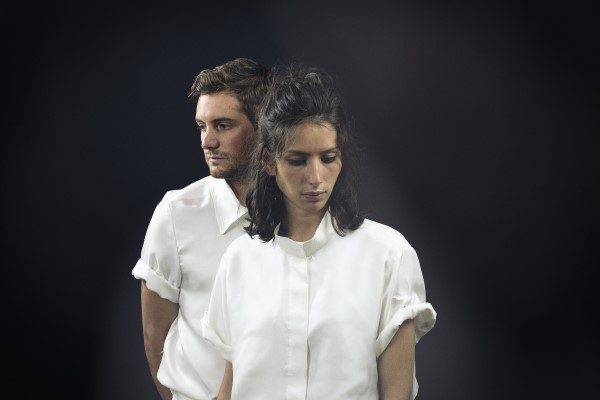 Le Festival de musique émergente en Abitibi-Témiscamingue (FME) takes place from August 30 to September 2, 2018. We are glad to chat with some of the performers in advance of the event. First off, we spoke with Boston’s Rockabilly band, Jittery Jack and Miss Amy then we had a chat with Alexandra Stréliski, and Quebec’s own Random Recipe. Next up, we spoke with France’s HOLY TWO, which you can catch live on Sunday, September 2 from 8:00 pm to 8:45 pm at L’Agora des Arts. For more info, head HERE.

Yes, it’s our first time playing the FME, and even in Canada. Actually, it’s the first time we take the plane to play, we’re so excited!

We’re looking forward to seeing Corridor and Loud because we really like their inspirations, but the full line up seems really cool, we’re really glad to be part of it.

For us, all concerts must be lived the same way, but it’s obvious that playing in a festival is less stress, and even more when you play in a foreign country and you don’t know if even one person knows you there. When you play in a festival, you don’t know who is coming for who, and that’s a bit reassuring! It’s always good to meet new people, discover new bands and see how idols are close.

We’ve been told of this festival for years, because we’ve got some friends going there every year, and we’ve always been told it was one of the bests festivals in the world for emergent groups like us.

Maybe Foals because Remi (our live drummer) and Hadrien are huge fans. And then, Phoenix because there must be a French band, Tame Impala because we love their sound, MGMT because it’s a band that means a lot to us. And of course, we’ll choose friends band from France like Last Train, Colt Silver, Amoure, Inuït or Yeast, for example.

It might be because we’ve been playing there recently, but it’s still one of the most beautiful places in France: the Calanques of Marseille, it’s really wild and beautiful. Maybe too dangerous for a festival though. Otherwise, maybe a place in Patagonia!

It’s always hard for us to describe our performance, so maybe we should just tell what people say about our shows: embodied. Most of the time, the energy and the mood we feel on stage is coming from nowhere… We don’t know why, it can’t be explained. But an awesome crowd, a good sound, and great exchanges with the public make an awesome show!

“Misunderstood”. It’s the first single off of our first album and we’re really proud of it!

We had a great summer, awesome gigs all around France and Belgium! We’ll be playing the day before at the Mile Ex End Festival, in Montreal, and then the 7th of September in the Jardins Gamelins, in Montreal too. Then we take the plane again for a few gigs in France, and then, we´ll be off to South Korea and Japan! That’s really exciting for us! It’ll be a blast. And of course, when we have time, we’re writing new songs for the next album 😉